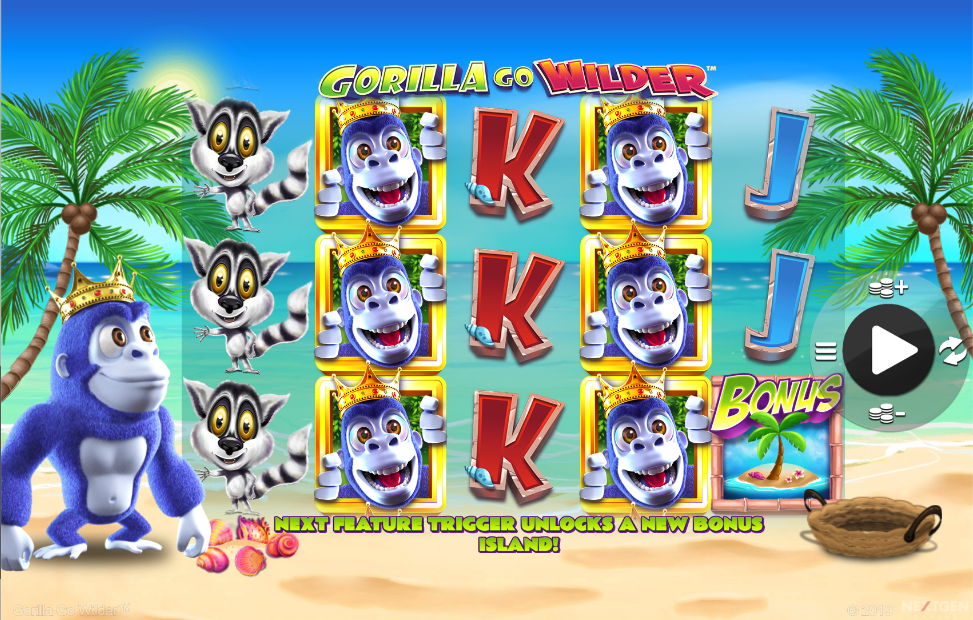 If you’ve previously enjoyed the antics of Gary in Gorilla Go Wild then you’ll be pleased to learn that he’s back for more in Gorilla Go Wilder, an online slot from NextGen Gaming in which more bonus features are unlocked the longer you play – find out how it works below.

Gorilla Go Wilder is a five reel slot with three rows and twenty five fixed paylines; those transparent reels float above a beach scene on which Gary stands, crown on his head and occasionally scratching his nether regions.

The four high value symbols include a gold coin, a monkey, a puffin and a raccoon while 9m 10, J, Q, K and A make up the lower values.

Gary is of course wild and he’ll substitute for all others to help make winning matches except for the palm tree bonus symbol.

Landing three or more palm tree bonus symbols anywhere in view will trigger this feature and the first time it’s activated you’ll get to unlock one of four islands; the other islands are unlocked in the following way:

Different features are available on the various islands and they include the following:

The Volcano, Spooky Jungle, Purple Jungle and Sunset Beach offer more features but we haven’t unlocked those yet.

Gary may use Gary’s Gifts and trigger the feature at random during the base game. 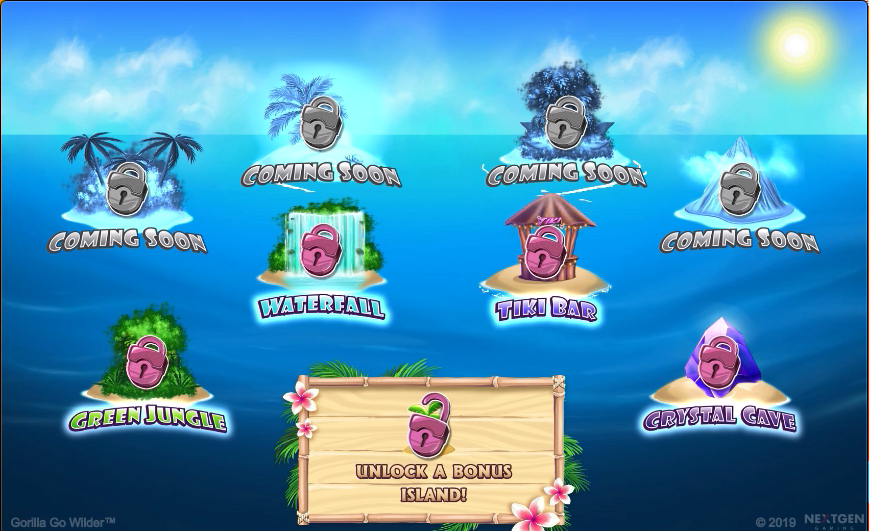 This may occur after any base game spin and you’ll receive one free respin to collect shells on the reels – any shells landing will award another spin and this process continues until no more shells land. Prizes are awarded for each shell.

Gorilla Go Wilder is a slot which encourages longevity with it’s unlockable bonus islands and the RTP for this game also increases as you work your way along – from 93.05% up to 97.04%. Garys return is something of a triumph so if you liked the first one, you’ll like this also.