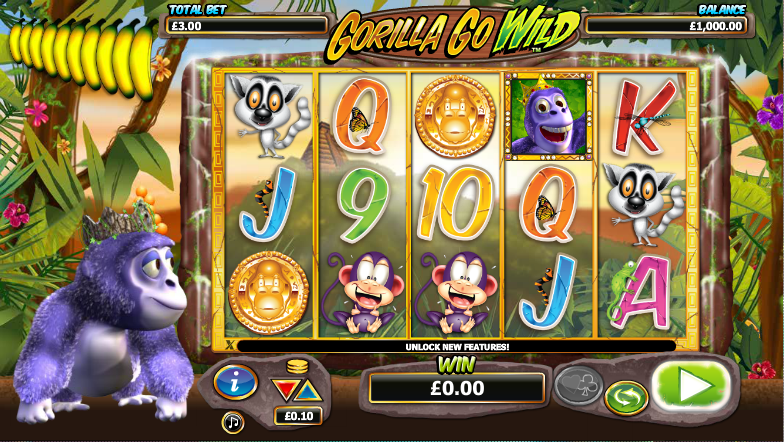 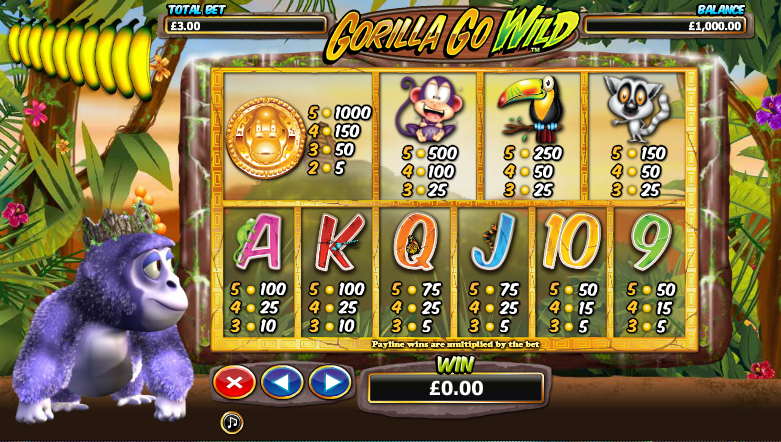 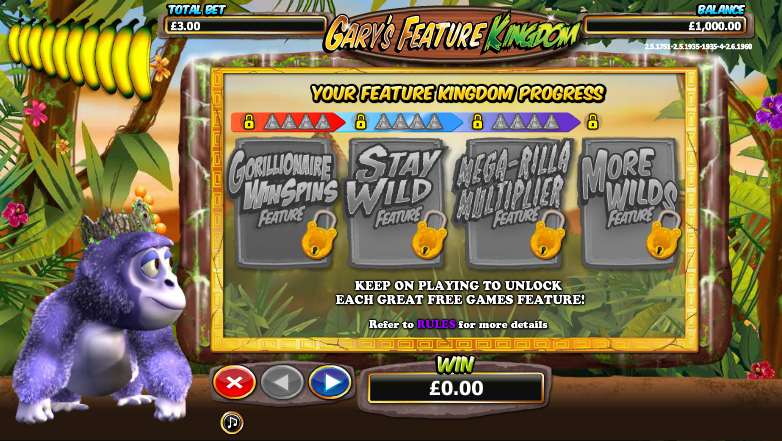 Somewhere, deep in the steamy jungle, lives Gary; Gary is a gorilla and also the subject of this online slot from Nextgen Gaming. It’s called Gorilla Go Wild and not only does it feature a number of extra games, it also rewards the player with greater rewards the longer they play.

Gorilla Go Wild is a five reel slot with three rows and twenty five fixed paylines; it’s a great looking game accompanied by some tantalising jungle sounds with Gary himself loitering to the left of the reels under a strip of bananas.

There are four high value symbols – a gold coin, a monkey, a puffin and a bush baby-type creature; 9, 10, J, Q, K and A represent the lower values.

Gary himself is the wild symbol and the scatter is the pyramid temple which triggers the various features.

Randomly after any spin Gary may grab a banana from the row above and eat it; when all bananas in the row have gone Gary and the reels will move to a new jungle area – there are three such areas in total. With each new area Gary will trigger his Bonus Time more often.

This feature will be randomly awarded after any spin and will win you either a multiplier of your total stake up to 1000x or one of the main features described below.

This is triggered by either Gary’s Bonus Time or by landing three or more of the temple scatter symbols anywhere in view. There are four possible features which are unlocked after a certain number of triggers:

Any win can be gambled by using the ‘hearts/clubs’ button below the reels; try and double/quadruple your win by guessing the outcome of the next playing card.

Gorilla Go Wild is good fun and although it seemed to take forever to trigger the features, they proved very lucrative when we did. It looks and sounds good and has a variable RTP of 92.06% to 96.51%.