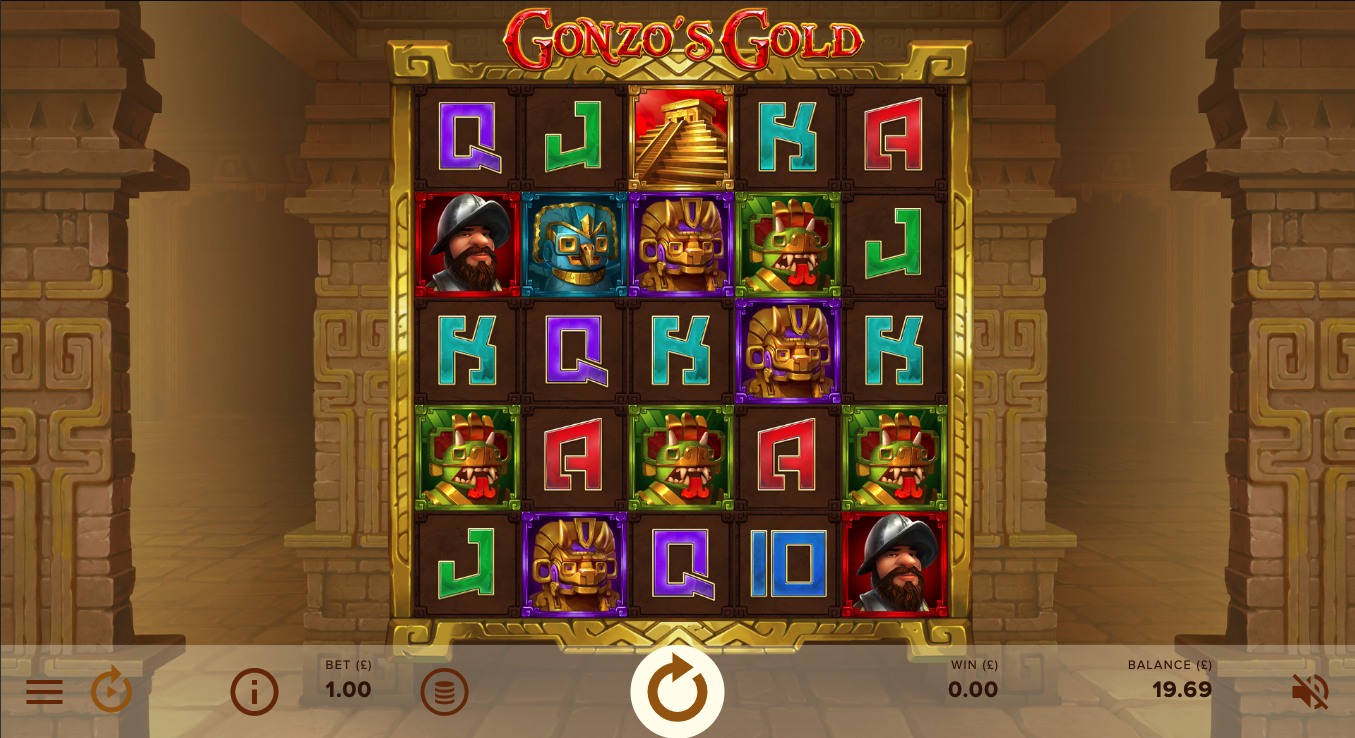 Back in 2013 Net Entertainment released Gonzo’s Quest, an online slot machine with a cluster gameplay mechanic and a narrative featuring Gonzo, the conquistador on a mission to steal Aztec gold; it was an instant hit and remains popular to this day. Gonzo’s Quest Megaways followed as recently as 2020 and now we have a third outing in the form of Gonzo’s Gold, a game which places our hero in a different temple as a he attempts to activate free spins and expanding symbols.

Cluster gameplay is still the order of the day here and you’ll be trying to land three high value symbols or four low value ones connected horizontally and/or vertically anywhere on the reels; unfortunately there’s no cascading here, just a single win but a possible payout of 5000x the stake for a reel set full of Gonzos.

The design is a little plainer than the jungle setting of the predecessor and this time we’re in the bowels of some unexplored Aztec temple where Gonzo will be hoping his grave robbing habits can uncover treasure of some sort.

As well as Gonzo as the highest paying symbol we also have various Aztec masks in purple, blue and green along with 10, J, Q, K and A ;the golden pyramid is both the wild and the scatter symbol.

Landing three, four or five of the pyramid scatter symbols anywhere in view will award ten free spins and a scatter win; before the spins start you’ll be prompted to pick from some question marks on offer to reveal an expanding symbol.

These expanding symbols are pretty useful because if you can land two adjacent ones they’ll stretch out to cover that entire reel or row, making a big win much more likely. It’s not possible to retrigger this round unfortunately.