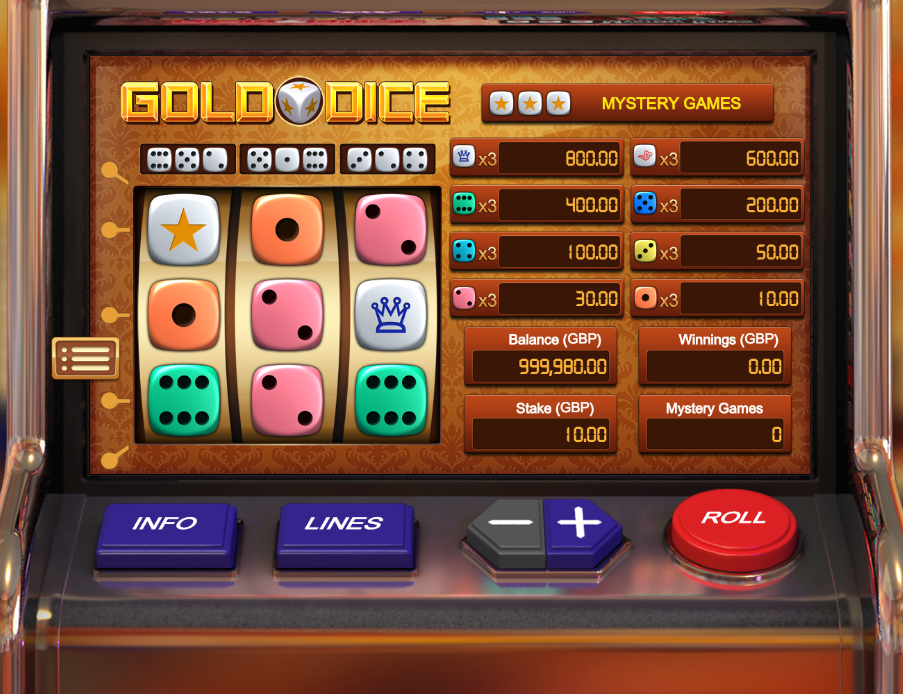 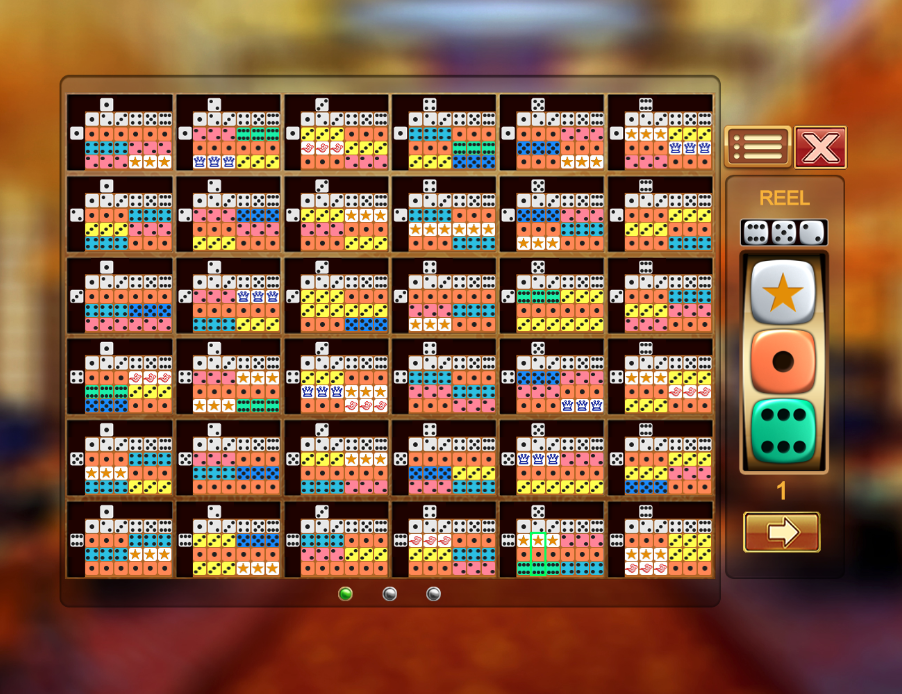 Let’s get back to basic now and check out a three reel online slot available to play at your local virtual casino; it’s a high quality release called Gold Dice and it’s developed by Yoyougaming on Odobo’s software platform. If it looks familiar then that’s probably because it’s similar to Fire Dragon by the same developer. It might look like a classic slot but it comes with a bonus feature so read on for more details.

Gold Dice is a three reel slot with three rows and five fixed paylines; the design is simple but attractive with the paytable and the stake information to the right of the reels and there’s a gold sheen about it’s appearance which matches the title.

The symbols comprise six dice numbered 1 – 6, each of a different colour, a blue crown and a red ‘wind’ icon; there’s no wild but the bonus symbol is a gold star which activates the main feature.

If you click on the information button you’ll find yourself faced with three screens of dice arrangements (the lookup table); all this tells you is how the symbols on each reel have been selected – the three dice above each reel determine this in the following manner:

This is triggered by landing three of the gold star symbols anywhere in view; those stars will now transform into gold dice and the number of free spins you receive is determined by the total on the faces of those three dice (between 3 and 18).

There’s no multiplier for any wins and the spins can’t be re-triggered.

Gold Dice is an attractive game which will obviously suit those who prefer three reel slots; it does come with a feature however and an RTP of 95.99%.