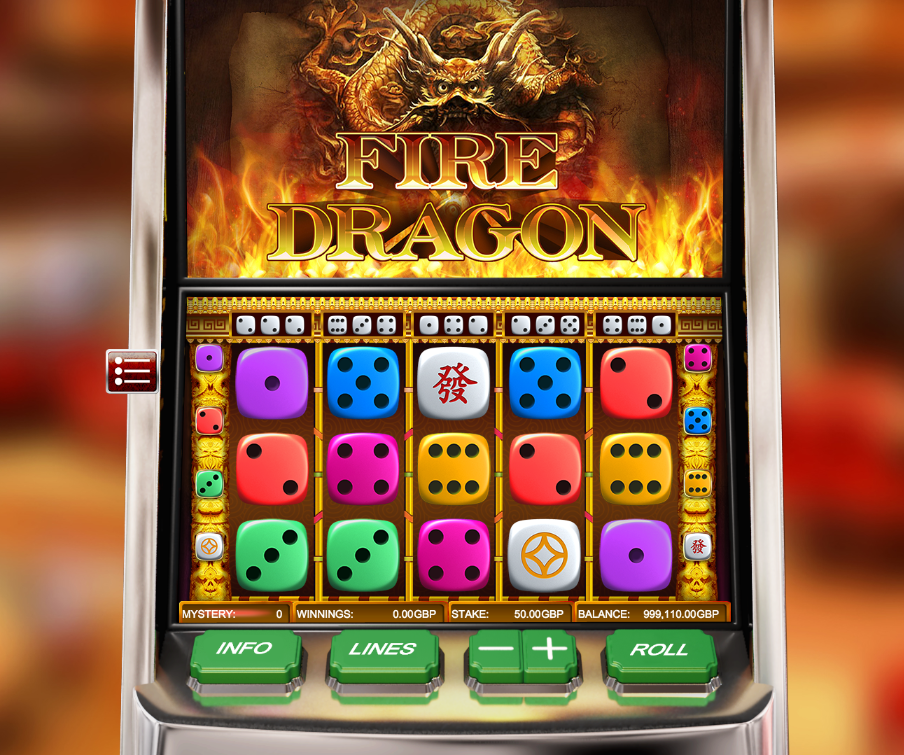 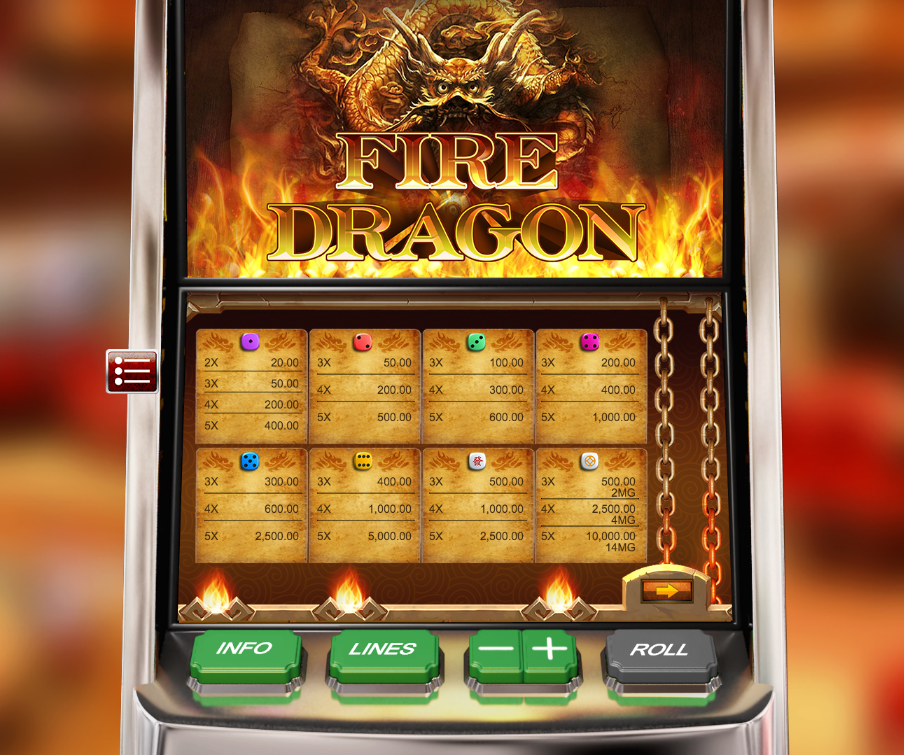 Yoyougaming is a Chinese company which makes it’s software available on Odobo’s development platform and it seems to prefer online slots based on the roll of a dice. At least that’s the case with Fire Dragon, an impressive-looking game with realistic graphics and some simple gameplay, despite what the paytable might suggest. If this looks like your cup of tea then read our comprehensive review below.

Fire Dragon is a five reel slot with three rows and just five paylines; it’s all designed to make you feel as if you were in an actual casino (not unlike Realistic Games slots) and above the large reels there’s a fantastic picture of the fiery dragon watching over proceedings.

The symbols are all values on a six-sided dice (obviously numbers one to six) plus two extras – one displaying a Chinese character and one a yellow circle icon. That yellow circle represents the bonus symbol and it activates the sole feature; the Chinese character is a scatter which pays out for at least three anywhere in view.

If you check the paytable you’d be forgiven for thinking that there’s more to this game than just some simple combos but that is indeed the case – all you’re trying to do is land matching symbols on an active payline starting from the left hand side.

Landing three, four or five of the bonus symbols on an active payline will trigger this mini-game and you will receive two, four or fourteen free throws respectively.

The screen will change into one displaying a dice in a cup and each throw you’ve earned will help you win a cash prize, more free throws or nothing.

If you’d like to save some of you free throws for later then just change the stake; those throws will be saved until you come back to them by returning to the original stake.

If you can ignore the unnecessary complexity of the paytable then this is a decent-enough slot on which to spend your time although it will best suit those players who prefer the simpler gameplay. The RTP is 96.04%.