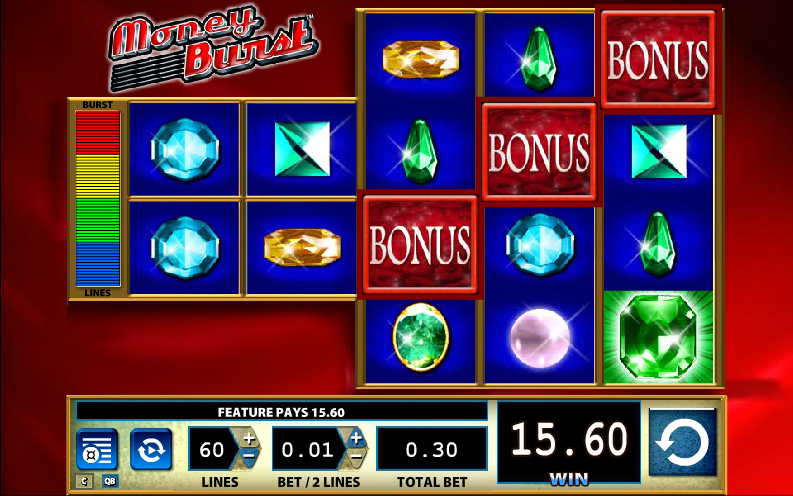 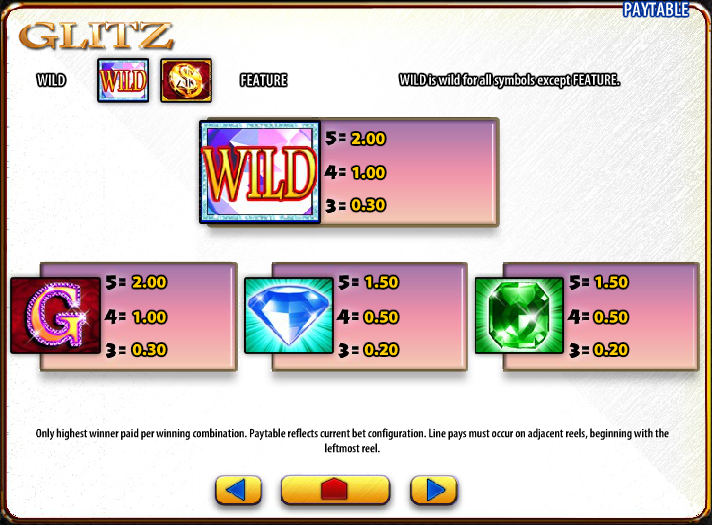 Some online slots concentrate exclusively on a theme of luxury and WMS Gaming’s Glitz is one that fits that mould; these are aspirational games which give you a glimpse of the material items you could acquire if only you could hit the big payout. This game also features one of WMS’ interesting reel structures and three ways to trigger the bonus round.

As you can see from the screen shot above, Glitz has five reels and sixty paylines but reels one and two have two rows while reels three, four and five have four rows. Well done if you’re keeping up so far; the symbols are a glittering array of jewels of various colours and a big sparkly ‘G’; there’s a gigantic jewel wild and a golden dollar coin scatter which is one of the triggers for the bonus feature.

Now it’s worth concentrating for a few minutes because there are three different methods of triggering the free spins and none of them are particularly straight-forward. For clarity we’ll call the two left reels the ‘left reels’ and the three others the ‘right reels’.

Landing three more scatter symbols on the right during this feature will add five more spins to your total number.

These odd reel structures certainly add something different to the slots experience and it’s a matter of personal taste whether you like them or not. On the whole we do and would recommend this game.