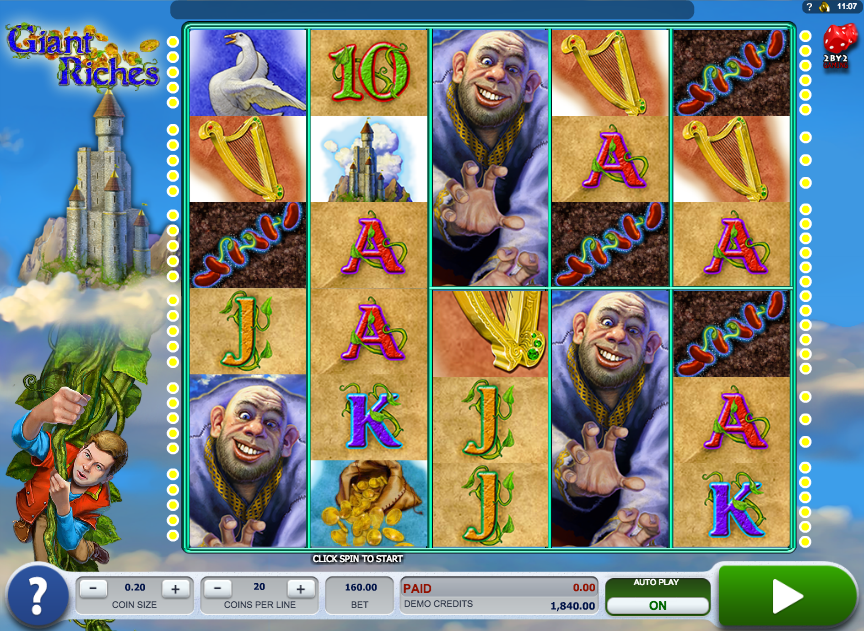 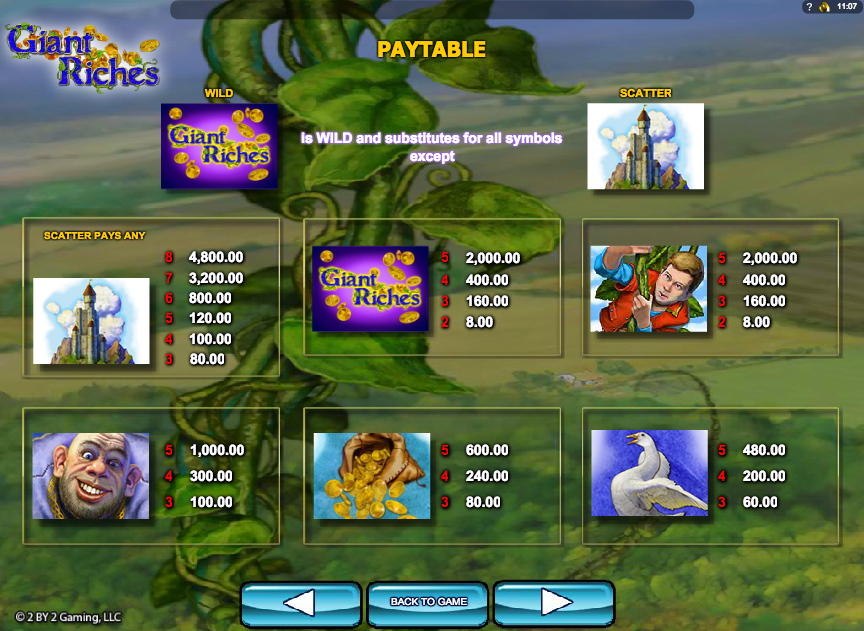 We always like to see an online slot themed on a children’s fairytale and here we have one based on the story of Jack and the Beanstalk, a tale involving magic beans, golden eggs and theft. This game is called Giant Riches and it’s developed by 2By2 Gaming.

Giant Riches is designed in an unusual configuration with eight reels, six rows and sixty paylines; reels one and two stretch over all six rows but reels three to eight are just three rows high and sit on top of one another. Symbols can be stacked six high on reels one and two and three high on the others. Those reels float above the clouds while Jack climbs the beanstalk on the left hand side towards the giant’s castle.

There are lots of theme-related symbols including Jack, the giant, a bag of gold, the goose, a harp and the magic beans; lower values are 10, J, Q, K and A.

The game’s logo is the wild symbol and it will substitute for all others except the giant’s castle scatter which triggers the main feature.

This is triggered by landing at least three of the giant’s castle scatter symbols anywhere in view for which you will receive the following:

During this round all prizes will be doubled and the spins can be retriggered by landing more castle scatters.

During each spin in the base game and free spins, certain positions can be replaced with symbols which will increase your chances of creating winning combos.

Giant Riches is an interesting slot with some features which mark it out from standard five reelers; if you like this you’ll also appreciate 2By2’s recent Wolfheart game which uses the same reel configuration.