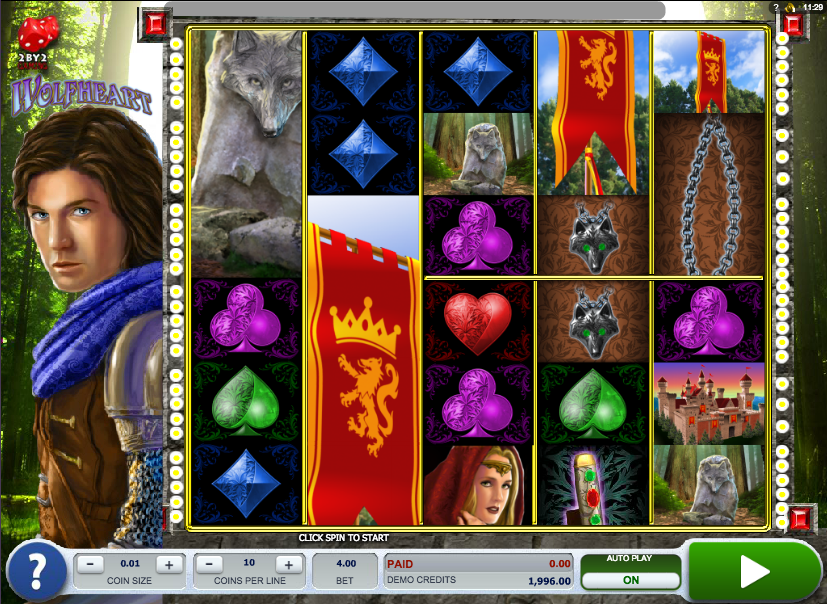 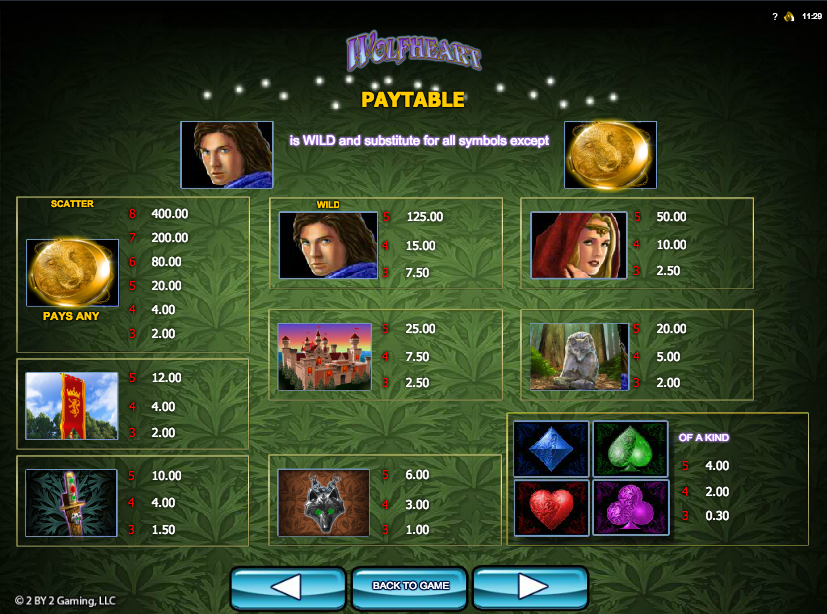 Some online slots come in unusual configurations and Wolfheart is one such game – it comes complete with eight reels squeezed into the space normally reserved for five and it’s developed by 2BY2 Gaming. There’s a werewolf theme to this interesting game and you can read about it in more detail below.

Wolfheart is an eight reel slot with six rows and sixty fixed paylines; as you can see from the screenshot above, reels one and two are the full six rows high but reels three to eight are just three rows high and occupy just half the full reel height.

There are lots of theme-related symbols including the hooded female, a red standard, a golden sword, a castle, a statue and a green-eyed wolf mask; lower values are coloured playing card symbols. The main symbols can be stacked up to six high on reels one and two and three high on the other reels.

The male protagonist is the wild symbol and he will replace all others except the golden scatter – that’s the key to the main feature.

This is triggered by landing at least three of the gold scatter symbols anywhere in view for which you will receive:

During this round the male and female are both wild and appear as wolves and will multiply by 2x any wins to which they contribute. More symbols can be retriggered by landing at least three scatters during this round.

During each spin in the base game and free spins, certain positions can be replaced with symbols which will increase your chances of creating winning combos.

Wolfheart clearly offers something a little different in it’s reel configuration and it works well once you understand what’s going on. There’s a nice soundtrack to the game and 60 lucrative free spins for the luckiest players.