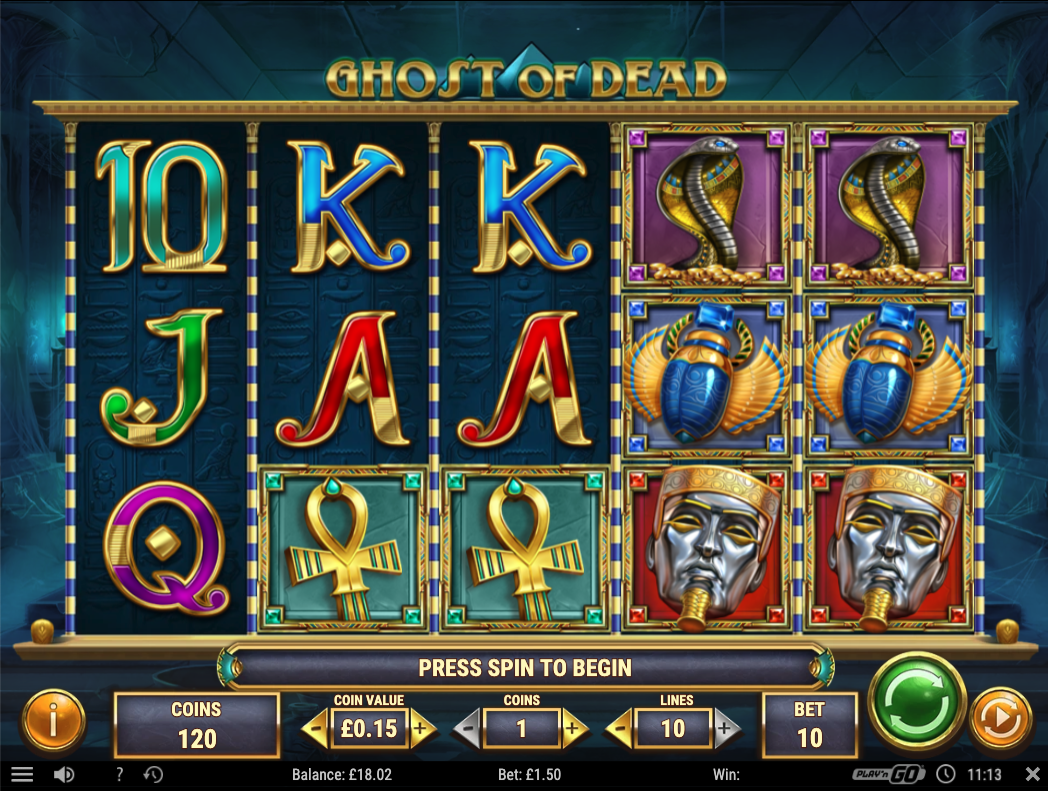 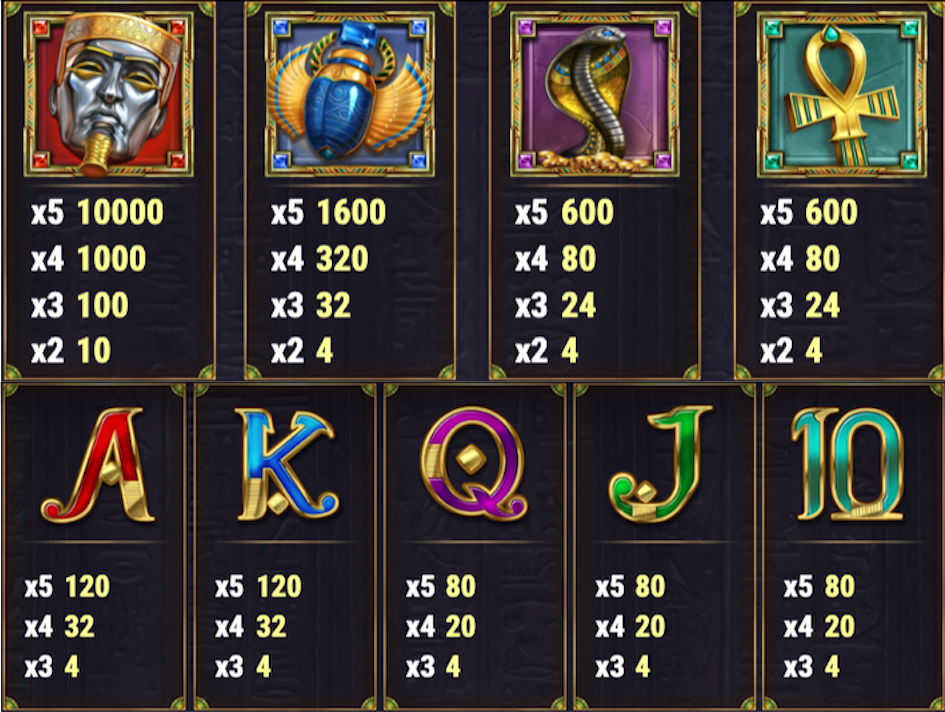 Play N Go’s Egyptian-themed online slot Book of Dead now has an equally oddly-named sequel in the shape of Ghost of Dead; this time we’re still in the ancient tomb and digging around for Spectral Scatters, Ghost Spins, Awakened Free Spins and regular free spins.

Ghost of Dead is a five reel slot with three rows and ten fixed paylines; blue flames light the scene behind those reels which is an undiscovered chamber lined with dust and hieroglyphics.

The high value symbols are the mask, the scarab beetle, the serpent and the ankh while the lower values are the standard 10, J, Q, K and A; the Canopus vessel is both the wild and the scatter symbol.

At random the Canopus scatter may transform into a spectral scatter and three of these will trigger ten Awakened Free Spins; you’ll be prompted to select one of the three symbols on offer which will expand during this round and one more will be picked at random – these can form wins anywhere on the reels. More spins can be triggered with three more spectral scatters.

This can activate randomly on any base game spin and one symbol will be selected at random to expand and pay out as scatter symbols.

Landing at least three of the Canopus scatters anywhere in view will an initial ten free spins but these can be retriggered in the same way; as with the Awakened Free Spins the player will select a symbol which will expand any pay out as a scatter.