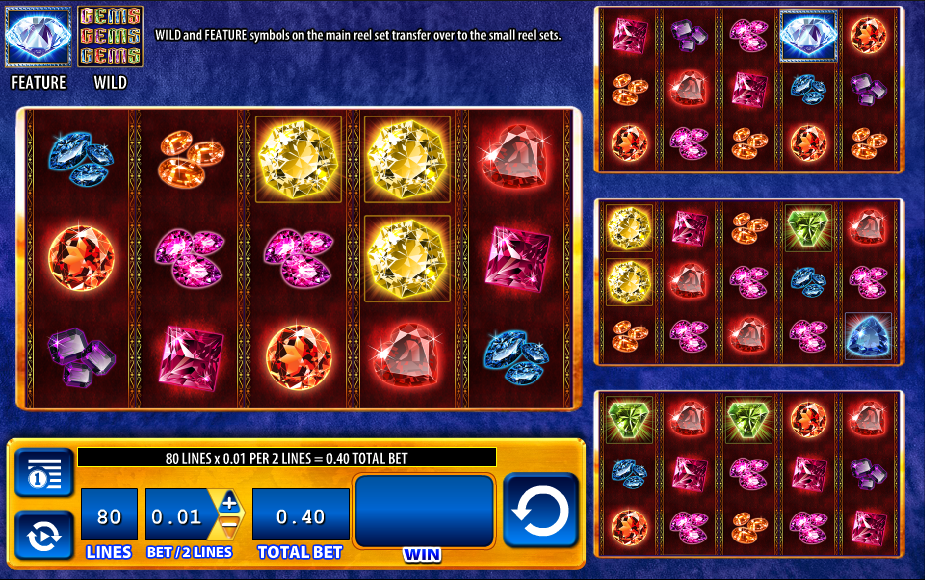 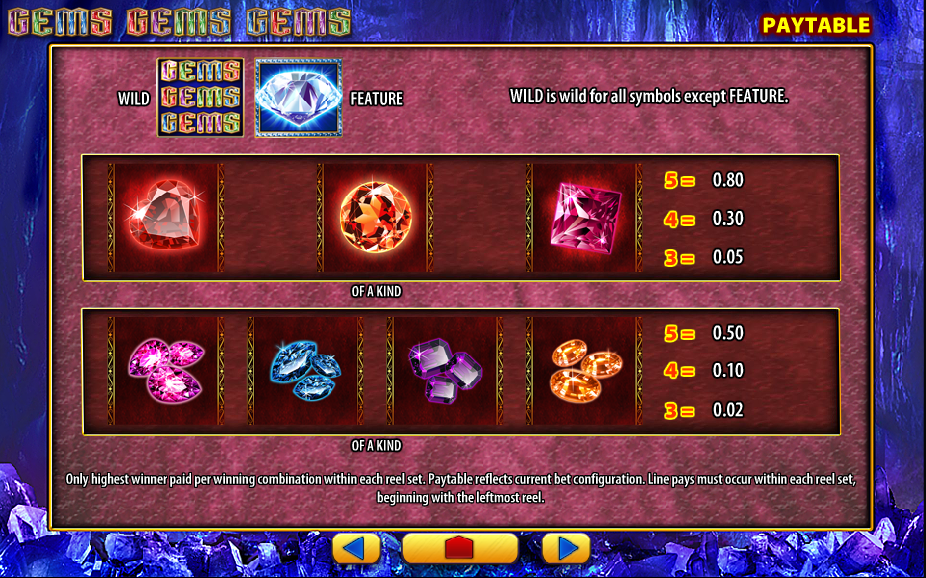 If a screen full of dazzling, multicoloured gems is the sort of thing you like to see when you play an online slot then we’ve got something for you; Gems Gems Gems is a jewel-themed game from WMS Gaming which features four different reels sets full of expensive-looking gems on which to try your luck.

Gems Gems Gems is five reels slot with three rows and eighty fixed paylines spread over the four reel sets – twenty per set. It’s all about the gems here and there’s no backdrop to speak of, just a bucketload of sparkly things to tempt us into parting with our bankroll.

All the symbols are gems and from highest value to lowest by colour they are yellow, green, blue, red, orange and purple; then there are four groups of smaller gems of similar colours.

The wild symbol is the Gems Gems Gems logo and it will substitute for all others except the scatter which is represented by a huge diamond.

Some might say this is something of a gimmick but it does add an extra point of interest to the game; essentially all four reels operate independently except when wild or scatter symbol land on the main reels. When that happens those symbols will duplicate themselves onto the same position on the other three reels, increasing the chances of wins there.

This is triggered by landing three or more diamond scatter symbols anywhere in view on a single reel set and for this you will receive ten free spins.

Of course it’s also possible to trigger the spins on up to four reel sets at the same time and for this you will receive extra multiplier awards for the spins:

More free spins can be won by landing three more scatter symbols during this round.

There’s an addictive element to Gems Gems Gems which makes you want to play on through an unsuccessful session and that’s got to be a good thing. Three’s a perfectly respectable RTP of 95.92%.