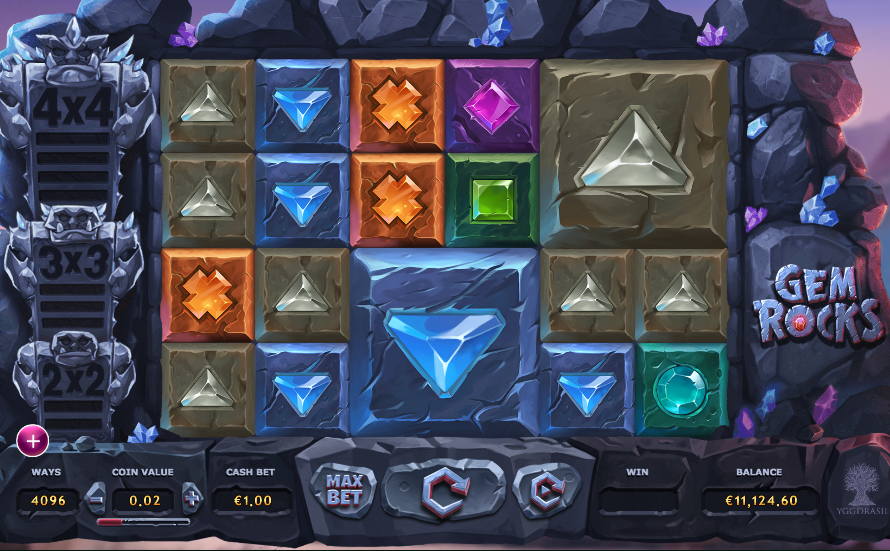 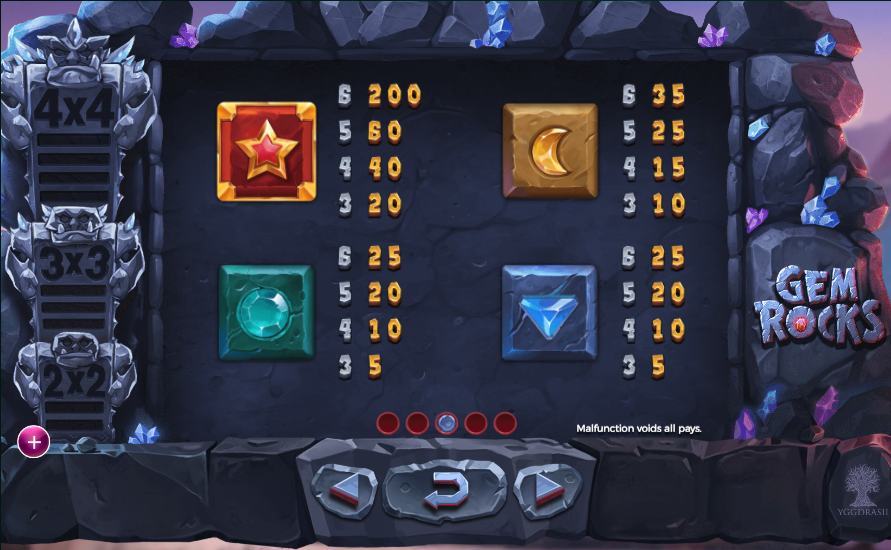 Mining for precious objects is an unusual but surprisingly common theme of many online slot machines and here we have one more to add to an ever-expanding list; it’s called Gem Rocks, it’s developed by Yggdrasil Gaming and you can find out how it works below.

Gem Rocks is a six reel slot with four rows and 4096 ways to win which means that the standard payline structure is not used but wins will be formed as long as there are matching symbols on adjacent reels starting from the left hand side. Solid rock frames those reels and there’s a meter on the left hand side which we’ll explain shortly.

All the symbols are blocks of stone of various colours and containing a range of shapes – a star, a crescent, a circle, a blue triangle, a grey triangle, a square, a diamond and an orange cross.

There are no wilds or bonus symbols in Gem Rocks.

The bonus feature is all about the gameplay in Gem Rocks and it’s called Dropdown Wins, Yggdrasil’s version of ‘collapsing reels’ from other developers. Essentially any symbols involved in a win will explode and disappear to be replaced by more falling in from above. New wins can then be formed and this process continues until there are no more winning matches.

During the Dropdown Wins the meter on the left becomes active because after certain numbers of consecutive wins, larger symbols (Monster Rocks) fall onto the reels:

Of course when there are no more wins the round is over and the meter resets.

Gem Rocks is a good looking game with some smooth gameplay and a feature we always like in the Dropdown Wins, in this case with a small enhancement of Monster Rocks. Set the Autoplay and watch the action! It comes with an RTP of 96.20%.