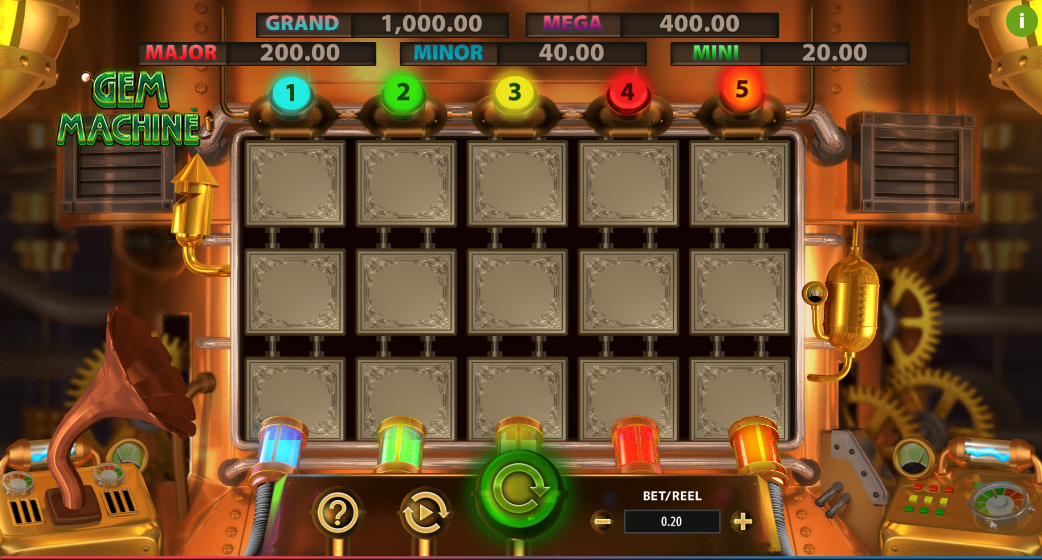 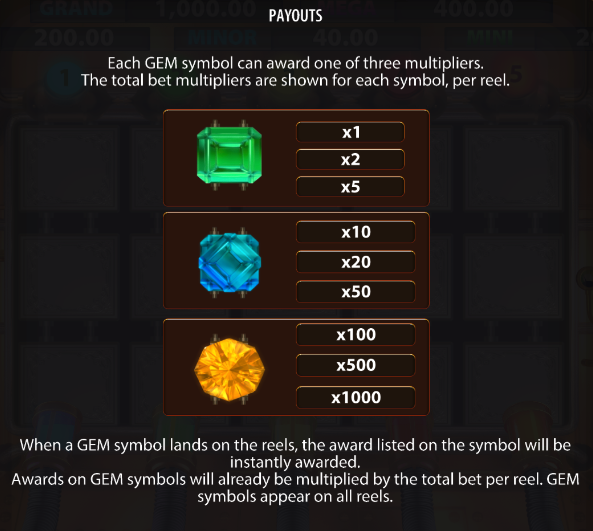 If there really was a machine that produced valuable stones from its bowels then we may not spend as much time spinning the reels on games such as Gem Machine; this is an online slot from Bally Technologies in which you get to choose the number of active reels and just one symbol will pay out – it also offers a jackpot prizes.

Gem Machine is a five reel slot with three rows and it’s all part of the steampunk-inspired machine you can see in the screenshot above; this mechanical beast allows players to click the numbers above the reels to decide how many to play. The cost per spin will change to reflect your choice.

Symbols are few and far between on the reels and each one which lands will pay out.

There are just three gem symbols – green, blue and yellow – along with a Free Spins icon and five jackpot symbols which each award the respective jackpot prizes shown above the reels. There’s no wild in Gem Machine.

This is triggered by landing at least one Free Spins symbol anywhere on the reels and each of those will now award one, three or five free spins. More spins can be won in the same manner during this round.

There are five progressive jackpot symbols and landing any one will award that particular prize; the jackpot gems only appear on the following reels:

Gem Machine is an interesting concept but not one we’re sure will be universally popular; give it a try though and it’s also worth noting that playing with more reels increases the RTP quite significantly – it’s 95.00% for one reel but increases by 0.50% with each extra one added.