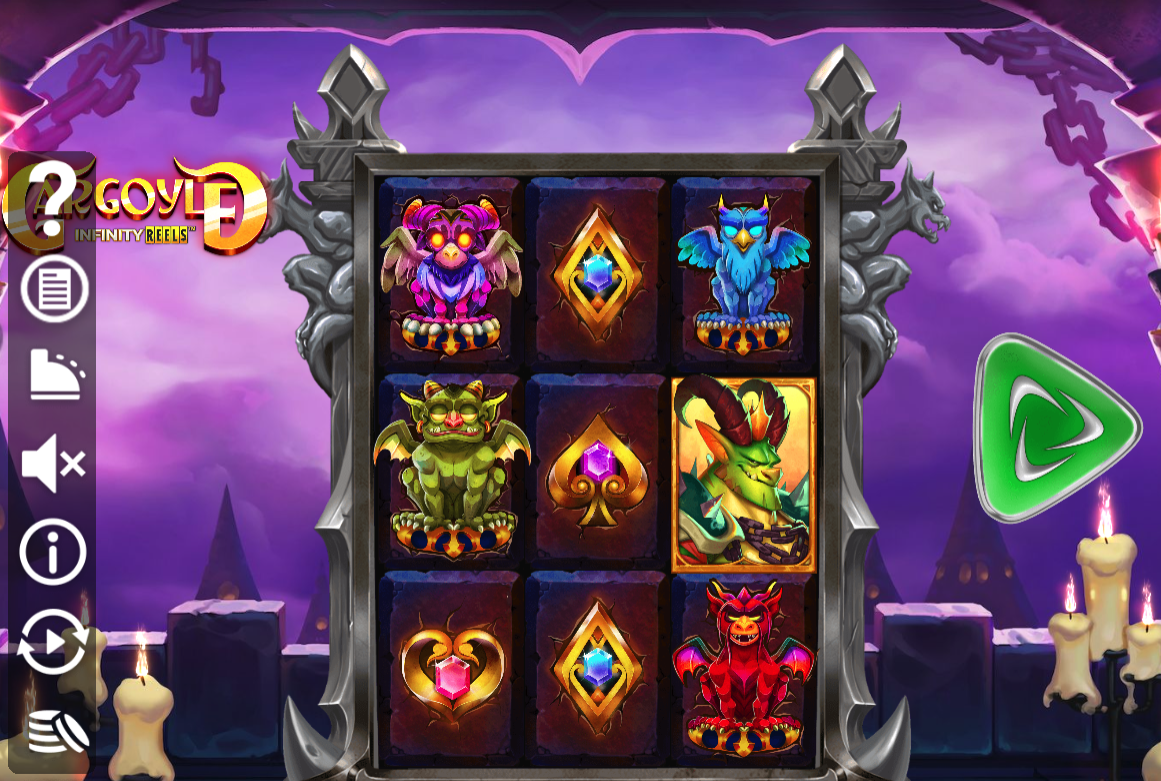 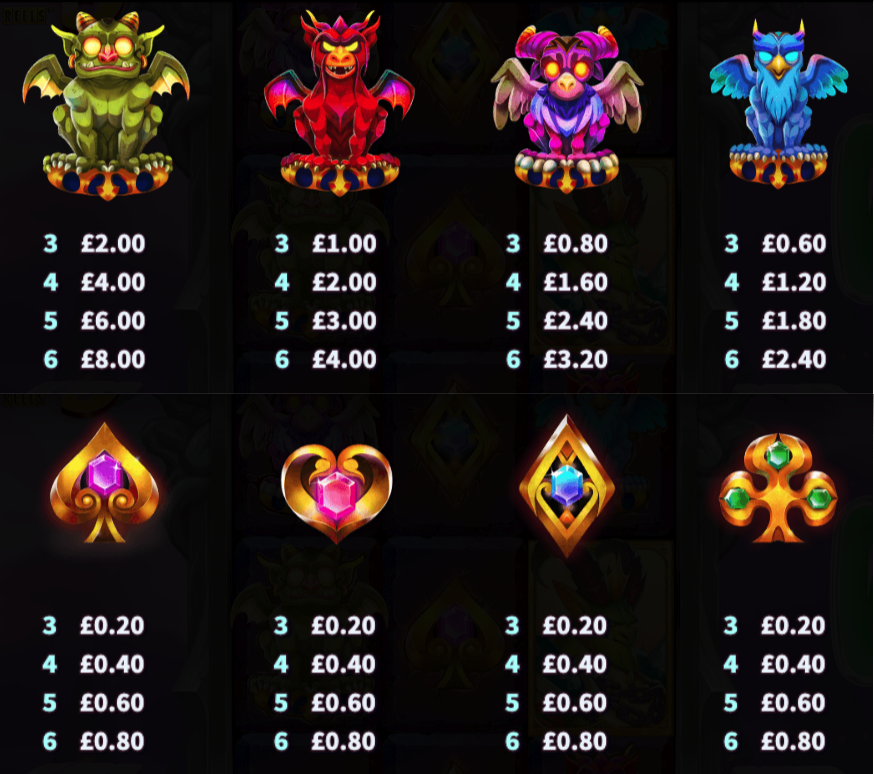 When stone gargoyles start coming to life then perhaps the apocalypse really is upon us – Gargoyle Infinity Reels is an online slot from Boomerang Studios which hints at just that possibility and behind its creepy exterior there are free spins with extra rows and the clever Infinity Reels feature.

Gargoyle Infinity Reels is a three reel slot with three rows and and a gameplay mechanic we’ll explain shortly; the setting is the balcony of some Eastern European castle, lit by candles and the eerie purple glow if the setting sun.

The higher value symbols are gargoyles in green, red, pink and blue while the lower values are golden playing card symbols inlaid with jewels. The gargoyle king is wild and the green gem is the scatter symbol.

This is the feature around which this game revolves and every time a winning combo is created the playing area will move one position to the right so reel one disappears and another reel comes into play; if another combo is then formed the same thing happens again and the final payout is determined when there are no more wins. Two scatter symbols also counts as a win during this feature.

Landing at least three scatter symbols anywhere in view will award ten free spins; during this feature any wild symbols which land will increase the height of the next reel to the right by one position up to a maximum of six rows.

If a wild symbol lands on a six-high reel the Infinity Reels feature will end and a prize of between 3x and 888x the stake will be awarded.

We’ve seen this Infinity Reels feature before in an Yggdrasil game called El Dorado but it’s still clever stuff and something different to keep us entertained; the free spins enhancements also offer something extra so why not try it out?

The Return To Player percentage for Gargoyle Infinity Reels is 95.76%.

How To Win On Gargoyle Infinity Reels?

Where can I play Gargoyle Infinity Reels?