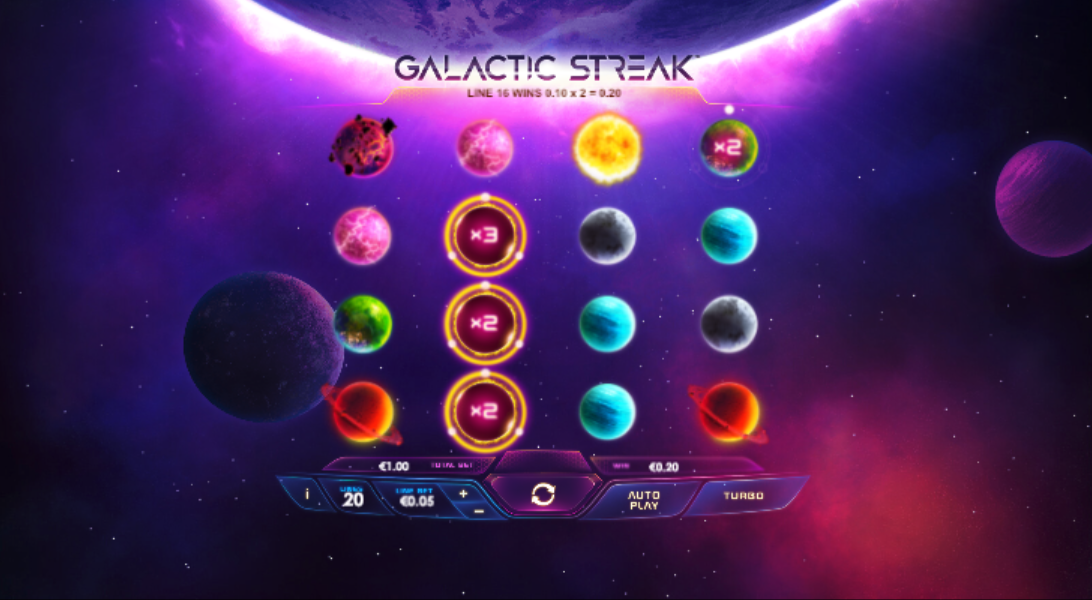 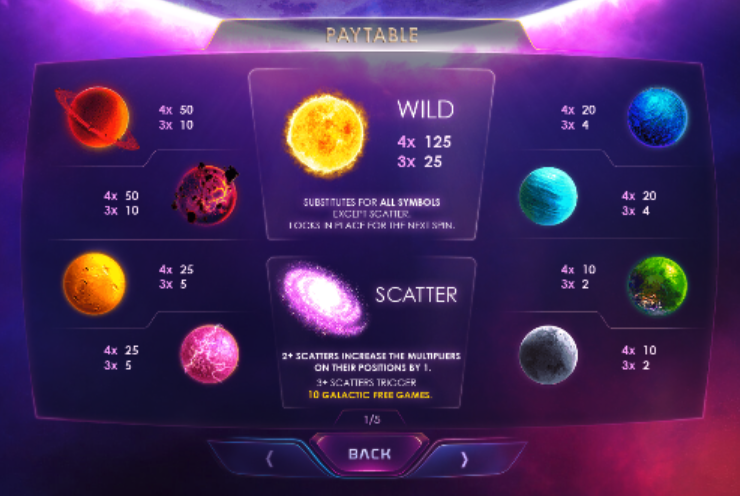 Out in the far reaches of space there’s a selection of planets and stars which have the ability to arrange themselves into four columns remarkably similar to a set of reels – this is Galactic Streak, a Playtech online slot with some clever gameplay and inventive wild features – find out how it all works below.

Galactic Streak is a four reel slot with four rows and twenty fixed paylines; the twinkling depths of space are the setting for those reels which hang underneath a gigantic planet. Rather than spinning, the symbols zoom into view from some point in the distance. Winning combos are at least three horizontal, diagonal or vertical matching symbols anywhere on the reels.

Eight planets of varying colours and shades make up the standard symbols while the wild is a star, a burning ball of gas which will replace all others to help form winning combinations except for the solar system scatter icon.

Every symbol in a winning spin in Galactic Streak will gain a multiplier value of 2x and this will remain in place (the multiplier, not the symbols) for the next three spins. Another win in one of those positions will increase the multiplier value (up to a maximum of 10x) and reset the spins to three.

This is triggered by landing at least three of the solar system scatter symbols anywhere in view for which you will receive ten free spins. Any multiplier values on the reels will carry over to the free spins but will not run out as in the base game.

Galactic Streak is a really interesting slot in terms of the gameplay and the clever multiplier feature; there’s quite a bit happening on the screen but once you understand the multiplier values it all becomes a bit clearer.