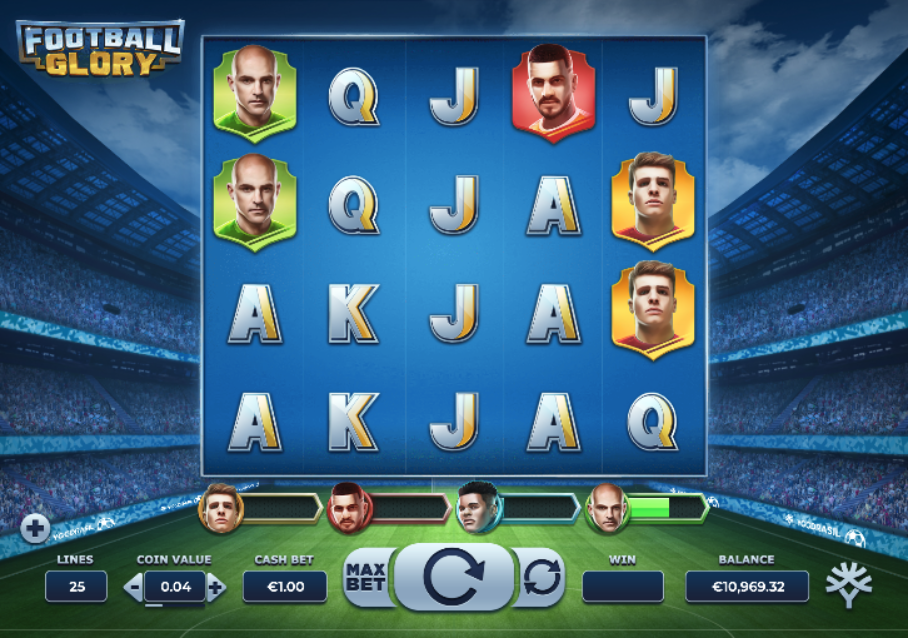 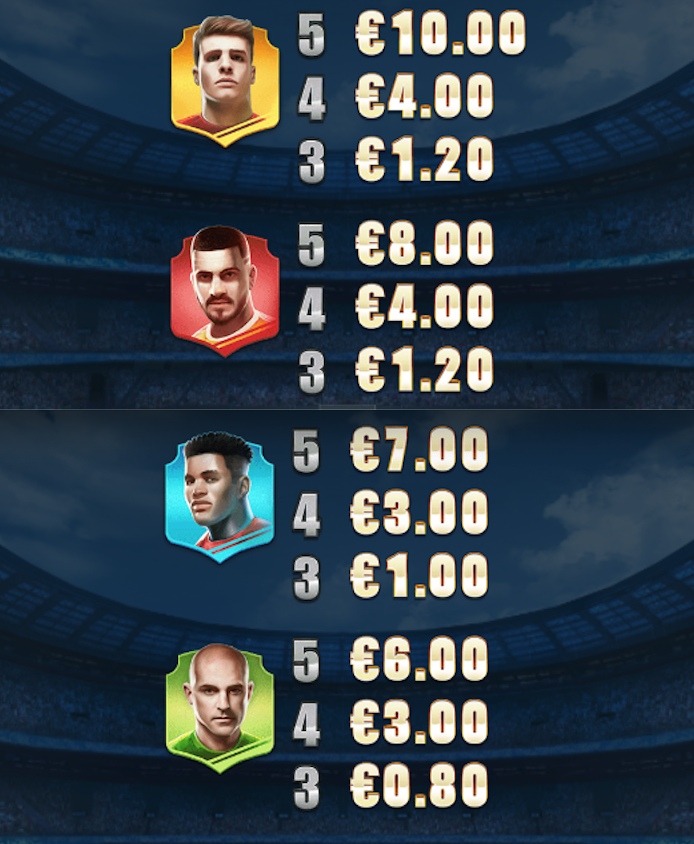 The beautiful game is the theme of this online slot from Yggdrasil Gaming which comes with the title of Football Glory; it features four players who can trigger Superstar mode, free spins, sticky wilds and trophies with cash prizes.

Football Glory is a five reel slot with four rows and twenty five fixed paylines; a gigantic stadium forms the backdrop to the those reels while underneath are four meters – one of each player.

The four high value symbols are those four unnamed players from various countries which are not immediately obvious although they’re differentiated by colour – yellow, red, blue and green; J, Q, K and A represent the lower values. The gold badge is wild and it will replace everything except for the Free Spins, silver and gold cups to help make winning matches.

Each winning combo featuring a player will contribute to filling up the respective meter beneath the reels – bigger wins will fill them up more quickly. Once a meter is full seven free spins are awarded with that player in Superstar mode which means that he’ll become a sticky wild when he lands, remaining in place until the round ends.

Landing three, four or five of the Free Spins scatter symbols anywhere in view will award 7, 14 or 21 free spins; in this round each player which lands will shoot for goal and if they score they’ll become a sticky wild until the feature ends.

Before each spin one of the following features will also be awarded:

Silver and gold cups appear on the fourth and fifth reels respectively and when they land they’ll award the following prizes in the base game and free spins:

When the game loads up one player will always have his meter 50% filled.

There’s something about a slot with a fillable meter which makes you think that there’s a win guaranteed if you play for long enough – add to that some clever free spins and other bonus features and Football Glory is an entertaining, footie-themed game.