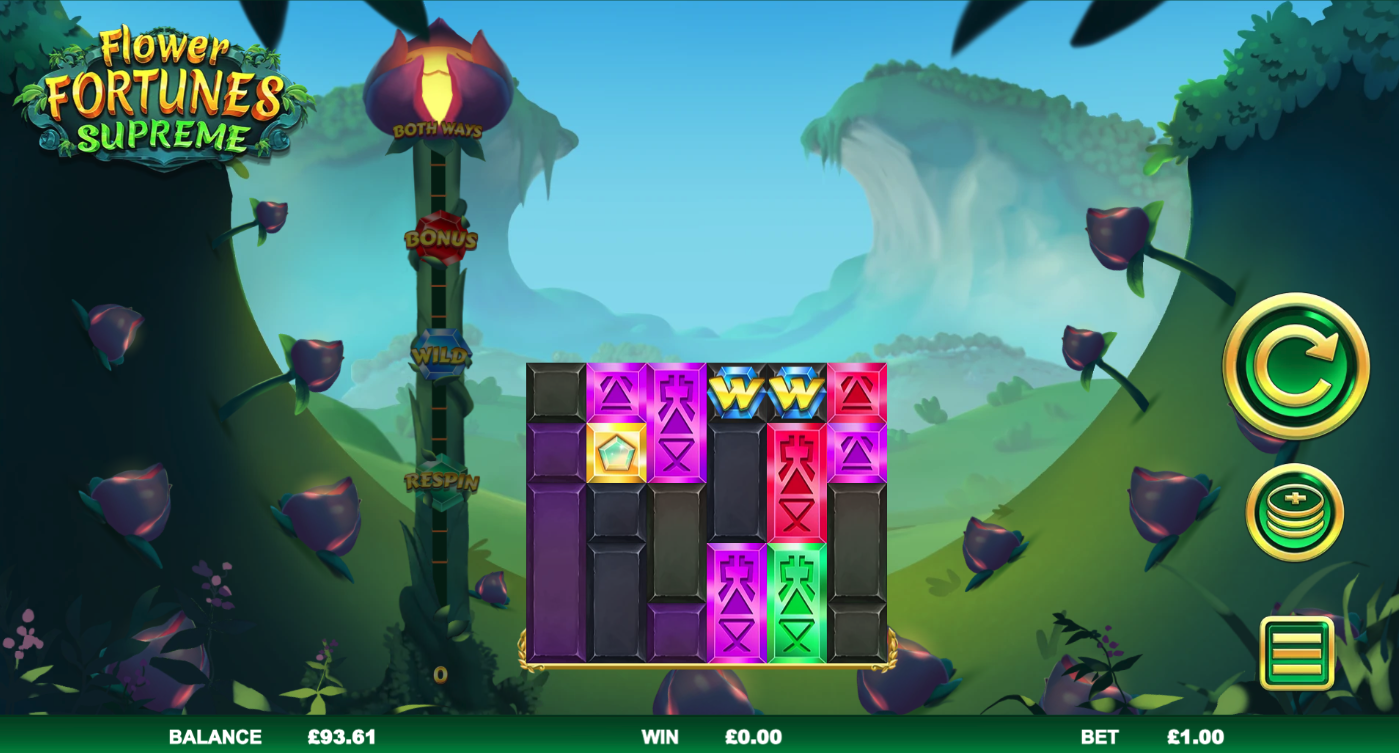 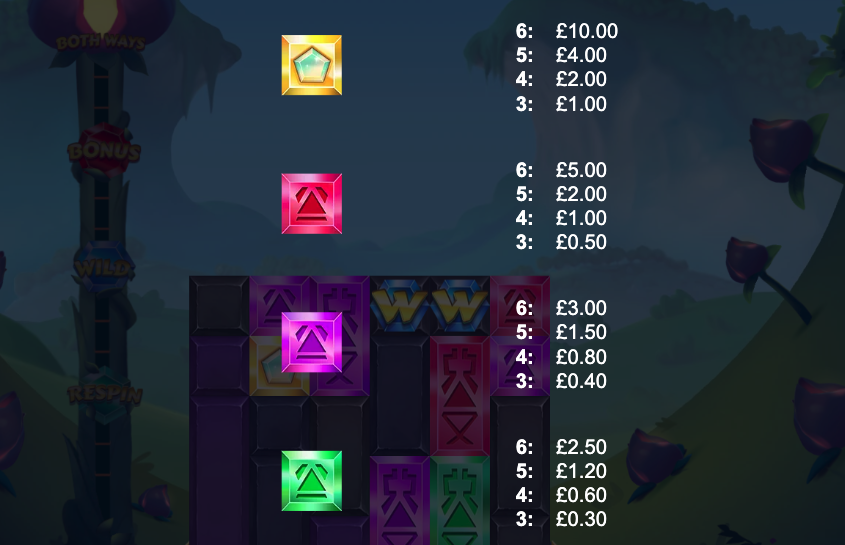 If you’ve previously enjoyed a slot called Flower Fortunes Megaways from Fantasma Games then no doubt this similar offering from the same developer will be of some interest – it’s called Flower Fortunes Supreme and it retains the same orb collecting feature as the original along with the various features obtained by climbing the bonus flower.

Flower Fortunes Supreme is a six reel slot with variable row heights and paylines; the backdrop of grassy valleys and strange purple flowers is identical to the predecessor so you may well be asking if there are any real differences here.

Gems in gold, red, purple and green represent the higher values while plain blocks in darker colours make up the lower values; special symbols are the gold ‘W’ wild, the green respin crystal and the red bonus crystal.

Sun orbs and leaves can appear overlaid on the regular symbols – sun orbs will increase the current level and leaves will decrease that level.

From Level One landing the green respin crystal will award one respin with up to twelve non-winning symbols and the crystal removed. The spaces will be filled by more symbols falling in from above.

Wild symbols from Level two will always expand to fill their reel, also displaying a win multiplier of up to 9x.

Three red crystals from Level Three onwards will trigger the bonus game which involves picking one of the five flowers which appear – there’s a an instant prize of between 0.25x and 100x the stake.