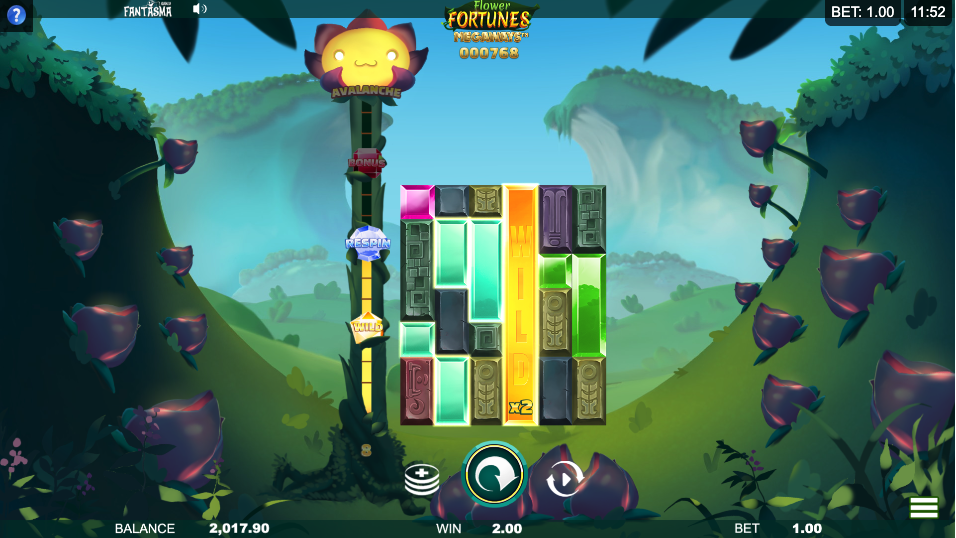 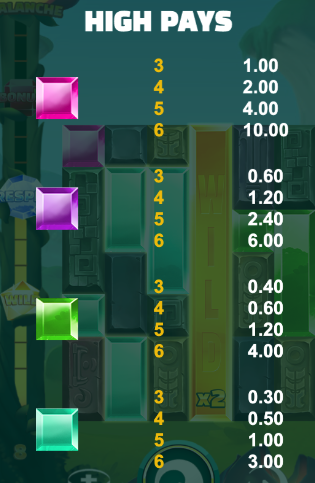 We’re here to tell you that flowers are not just something to buy your other half after an indiscretion, they are also the theme of this creative online slot machine from Fantasma Games; it’s called Flower Fortunes Megaways and it comes with more than half a million paylines and a clever bonus feature.

Flower Fortunes Megaways is a six reel slot with seven rows and a chart topping 531, 441 potential paylines – this is due to the Megaways reel structure, licensed from BTG which allows symbols of various sizes over those seven rows. To the left of the small set of reels is the sunflower which controls your bonus features but more of this shortly.

The high value symbols are gems in pink, purple, green and blue while the lower values are blocks of stone in brown, purple, green, yellow and blue.

The wild is a golden ‘Wild’ which will replace all other symbols to help form winning combos.

We’ll quickly explain the gameplay and say that each orb which lands as a symbol overlay will increment the bonus sunflower by one place and each leaf overlay will decrease it. You’ll hopefully reach the following points on the flower as gameplay proceeds:

Flower Fortunes Megaways is a very clever slot which takes the Megaways concept and combines it with an incrementing meter to award bonus features; the graphics and sound effects are charming and even the oddly small reel set doesn’t detract from the overall effect.