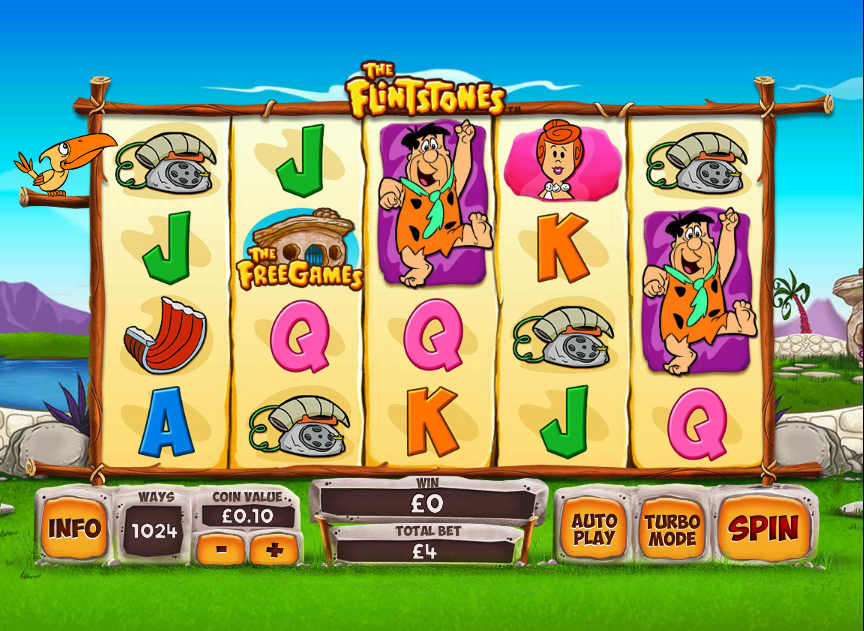 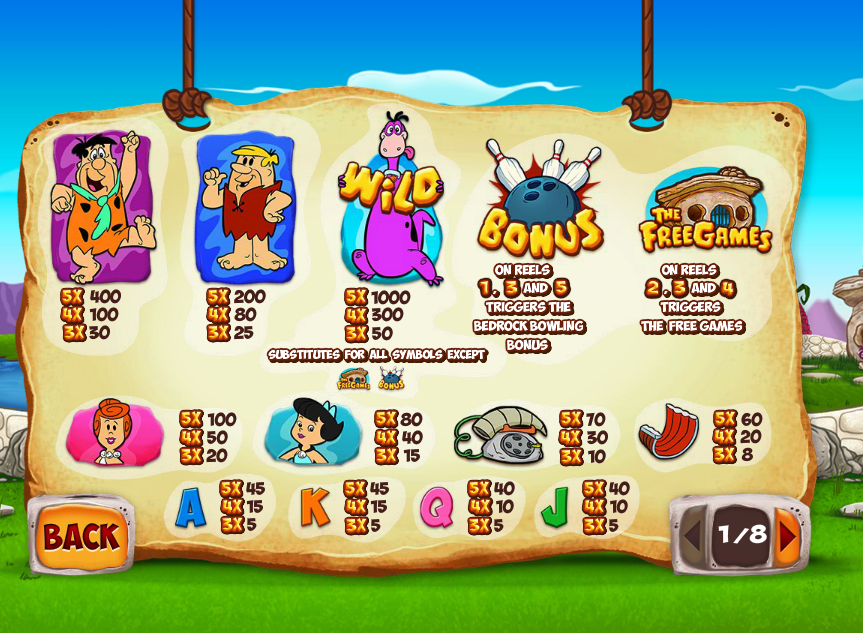 Yabba Dabba Doo!  Direct from the development studios of Playtech is this online slot themed on some of the greatest cartoon characters of all time; it’s called The Flintstones and it comes with several bonus features all designed around the famous television series – read all about it here.

The Flintstones is a five reel slot with four rows and 1024 ways to win; those reels spin on a canvas strung between wooden poles tied together and there’s a prehistoric suburban scene in the background under a clear blue sky.

The higher value symbols are of course the main characters Fred, Barney, Wilma and Betty but there’s also the giant dinosaur ribs and the stone age telephone; J, Q, K and A are the lower values.

Dino the Dinosaur is wild and he will substitute for all others in winning combinations except the bowling ball the Flintstones house bonus icons.

This is triggered by landing three of the bowling balls on reels one, three and five; Fred now has three shots at the pins but on each shot you must pick one of four bowling styles to determine a cash amount. The number of pins Fred hits is the multiplier applied to that cash and these are totalled at the end of the round.

Trigger this by landing the Flintstones house anywhere on reels two, three and four and initially you will be asked to select from one of three free spins modes:

More spins can be retriggered by landing three more bonus symbols during this round.

During the base game Fred & Barney can appear randomly and award a Wheel of Fortune which will spin and award a multiplier value; they will then add mystery symbols to the reels which will change into a matching one. Any wins will be multiplied by the value awarded previously.

The Flintstones is a great slot and right in keeping with the atmosphere of the original television show; the bonus features are well-thought out and amusing and offer some big wins in the process.  The RTP is 95.45%.