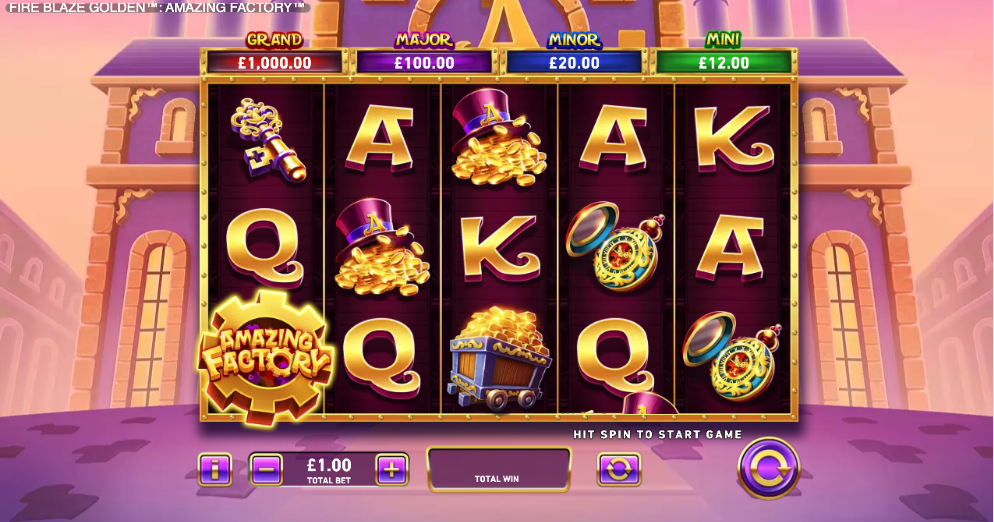 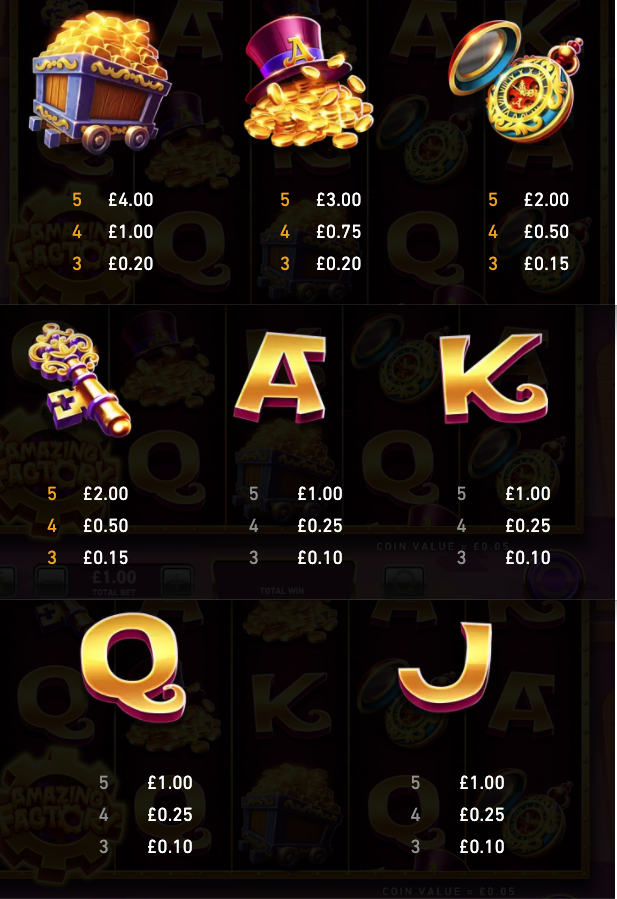 Factories can be fascinating places for those interested in the creation of products so it seems like an ideal theme for an online slot machine; this game is called Fire Blaze Golden: Amazing Factory, it’s developed by Playtech/Rarestone Gaming and from £0.20 per spin it tempts players with Golden Respins, free spins and jackpot prizes of up to 1000x the stake.

Fire Blaze Golden: Amazing Factory is a five reel slot with three rows and forty fixed paylines; the reels are metallic and golden and they float in front of a Willy Wonka-esque building topped by purple chimneys.

High value symbols include the cart full of gold bars, the top hat on a pile of coins, the pocket watch and the ornate key; J, Q, K and A represent the lower values. The Wonka-type character is wild while the Amazing Factory and the golden bell are the bonus symbols.

This is triggered by landing at least six of the golden bell symbols anywhere in view and the initial award is three respins with each bell transforming into a coin and locking in place; each extra bell which lands will also lock and reset the spins to three again.

When the round ends you’ll receive the prize values shown on the coins unless all positions are filled with coins in which case the Grand Prize of 1000x the stake is awarded. Coins may also display the other jackpot prizes.

Landing at least three of the scatter symbols anywhere in view will award an initial six free spins but more can be won during the round in the same way.

The bell symbol becomes an extra wild in this feature but it will also award the Golden Respins if six land.

We like the fantasy factory theme of this slot and we also enjoyed the two bonus features which add to the entertainment value; it’s clearly inspired by Willy Wonka but there’s nothing wrong with that.