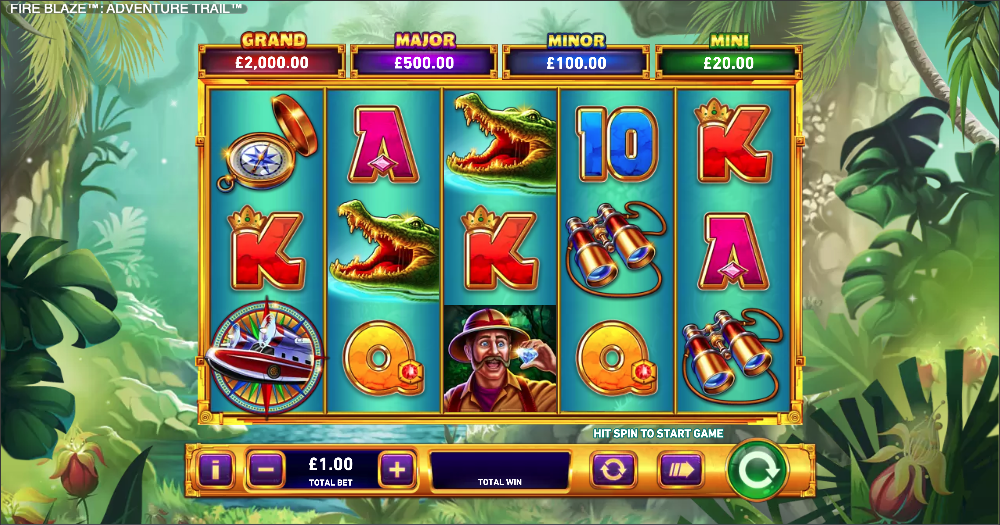 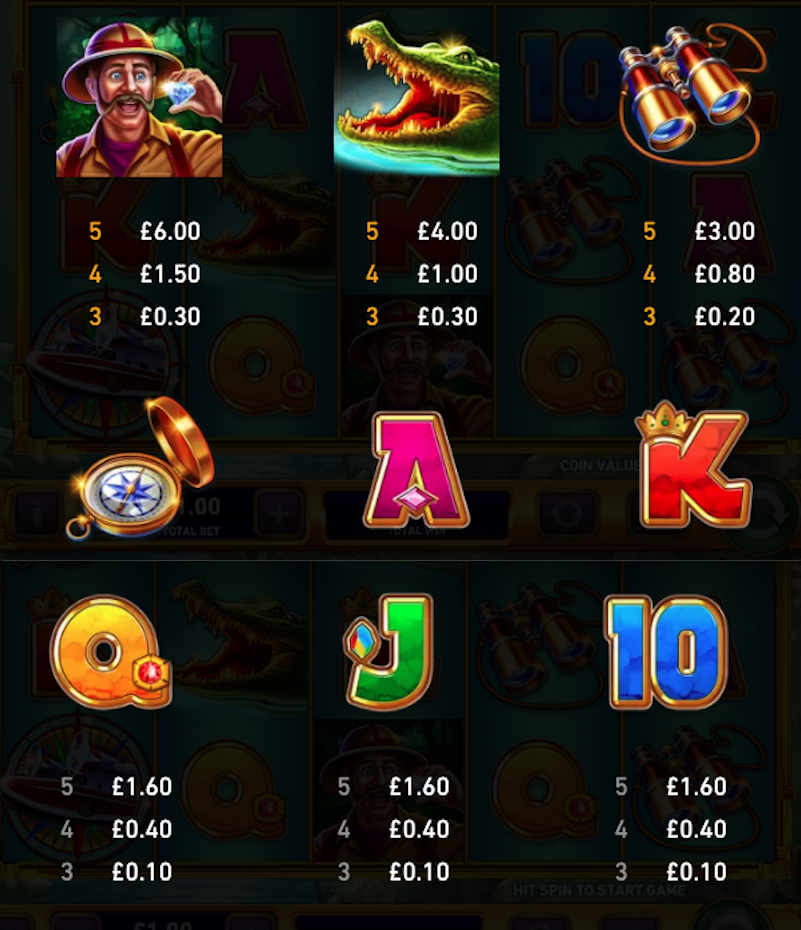 There’s something dangerous lurking in the steamy jungle but there’s also a chap with a reassuringly large moustache on hand to lead the way – this is the narrative behind Fire Blaze: Adventure Trail, an online slot from Playtech/Rarestone Gaming which offers players jackpot prizes, free spins and Fire Blaze respins.

Fire Blaze: Adventure Trail is a five reel slot with three rows and thirty fixed paylines; those golden reels spin in front of a jungle scene in which the undergrowth sways slowly in the warm breeze.

The four theme-related symbols include the hirsute, Victorian adventurer, the crocodile, the binoculars and the compass; 10, J, Q, K and A make up the lower values. The map is wild and it appears on reels two to five; the seaplane and the golden monkey statue are the bonus symbols.

Trigger this feature by landing between six and fourteen monkey statues anywhere in view and you’ll receive three initial spins while those symbols are held in place; each time another monkey lands the spins will be reset to three again and this continues until all positions are monkeys or there are three consecutive, non-winning spins.

The pattern of the monkeys becomes important now because you’ll receive prizes based on their size which may include the jackpots:

Landing at least three of the seaplane scatter symbols anywhere in view will award an initial six free spins but these can be retriggered in the same way; during this round the lower value symbols are removed from the reels to make it easier to grab some bigger wins – it’s also possible to trigger the Fire Blaze Respins from here.

Fire Blaze: Adventure Trail is an enjoyable romp into some steamy jungle environment in which locating enough monkey statues is the key to big wins; chuck in some themed free spins and this slot is worth some of your time for sure.