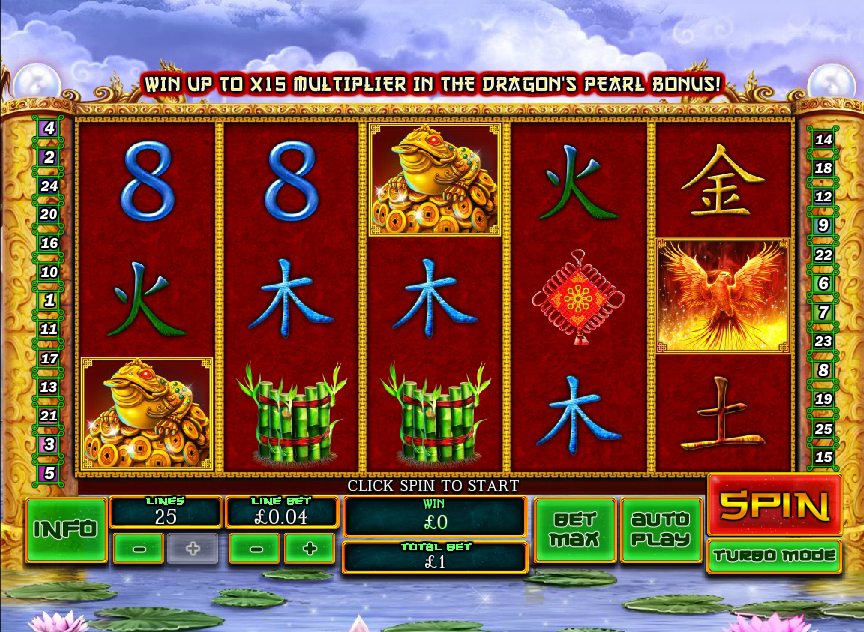 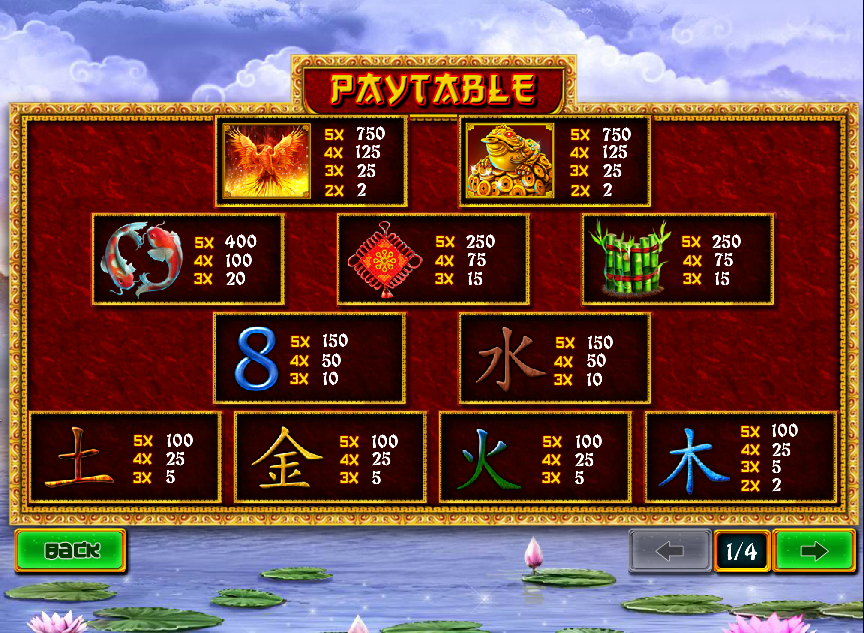 Can one ever play too many oriental-themed online slots? Possibly but we’re not quite sure what the limit is yet and hopefully that will remain the case as Playtech are showing no signs of slowing down their production of games with a Chinese theme. This ones called Fei Long Zai Tian and that’s a title we think may have something to do with dragons although we’re not entirely sure – anyway you can read all about it below.

Fei Long Zai Tian is a five reel slot with three reels and up to twenty five paylines; Chinese music massages your ears while you play on an extremely ornate set of reels with clouds above and a lily-covered pond below.

The high value symbols are a bird rising from the flames, a golden frog on a pile of Chinese dollars, a pair of Koi carp, a charm, some bamboo, a lucky ‘8’ and five Chinese characters.

The wild is represented by a large green dragon and it can appear stacked on all reels; it’s worth 10000x your line stake for five on an active payline and it substituted for all others except the scatter – that’s symbol containing the dragon and the burning bird.

This is triggered by landing three or more of the scatter symbols anywhere on the reels and initially you will be awarded 8 free spins with a 2x multiplier for any wins. Fist though you’ll be asked to pick two of the five ‘mystical pearls’ on display to reveal extra free spins and multipliers.

More free spins can be won indefinitely by landing three more scatters during this round.

Feo Long Zai Tian is a perfectly playable slot with some nice graphic sand background music and it also appears to be based in some sort of Chinese legend. Check it out if you’re a fan of this theme, it comes with an RTP of 96.03%.