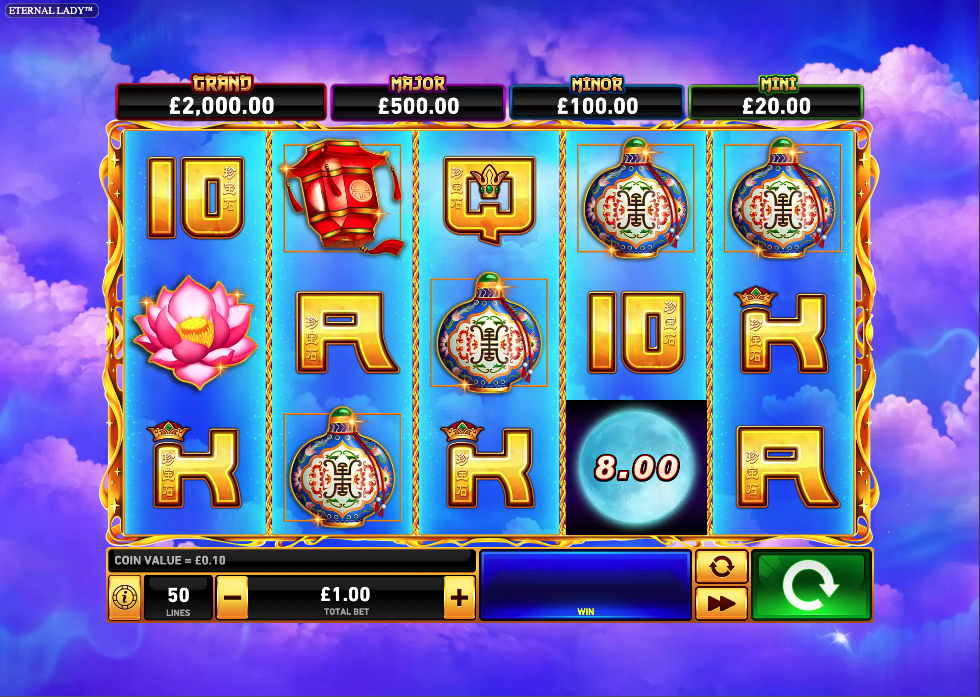 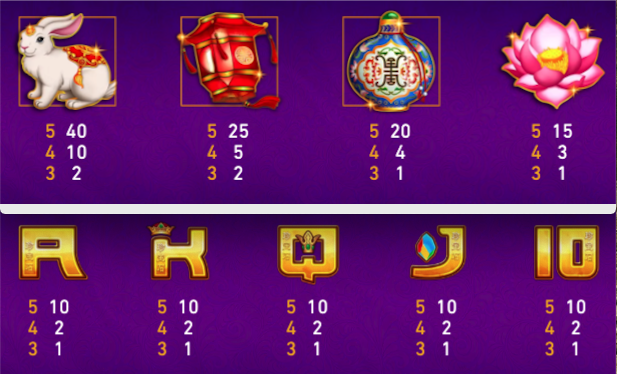 The mysterious Orient is our destination now and the setting for this online slot machine from Playtech/ Rarestone Gaming; it’s called Eternal lady and it’s enigmatic facade hides the Mooncake bonus and some tempting jackpot prizes.

Eternal Lady is a five reel slot with three rows and fifty fixed paylines; those gold-framed reels float high up in the eastern sky where the setting sun lends a purple tinge to the clouds in the background.

The high value symbols in this game include the accessorised white rabbit, the paper lantern, the intricate vase and the pink flower; 10, J, Q, K and A represent the lower values.

The Eternal Lady herself is wild, she appears only on reels two, three, four and five and she will replace all standard symbols to help form winning combinations; the scatter symbol is the golden Mooncake and the bonus symbol is the moon.

This is triggered by landing at least six of the moon symbols anywhere in view and you’ll now receive three respins with those moons held in place; any more moons landing will reset the number of spins to three again until no more land. Each moon will now display a cash amount or a jackpot star which will count towards the Major, Minor or Mini jackpot prizes. Filling all positions with moons will award the Grand jackpot.

Landing at least three of the Mooncake scatter symbols in any position will trigger this feature and your first task will be to pick from one of the four Mooncakes on display – this will award one of the following:

Eternal Lady is graphically quite basic but it offers a nice range of bonus features and a distinctly oriental atmosphere in which to spin those reels; the Fire Blaze Respins are good fun when triggered.