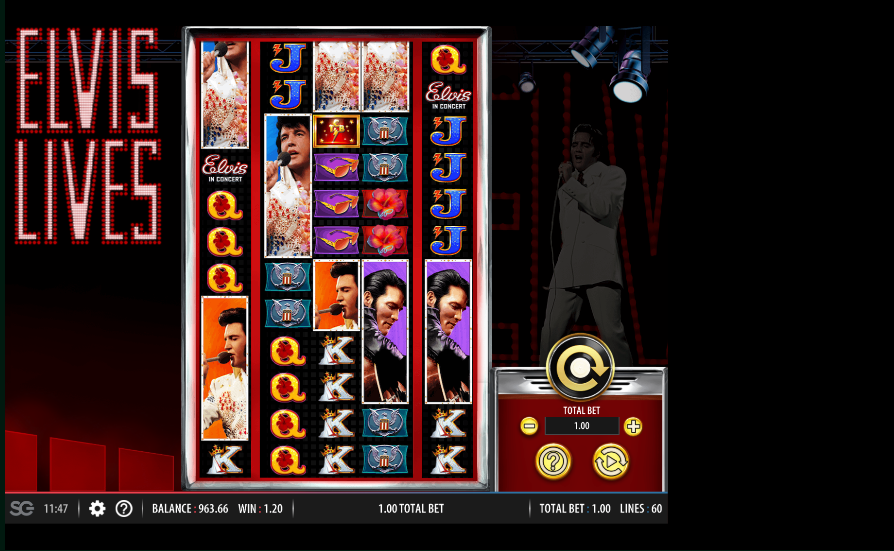 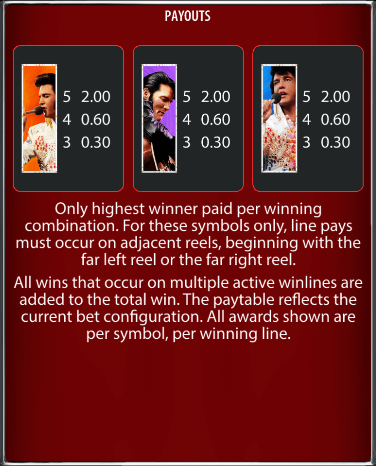 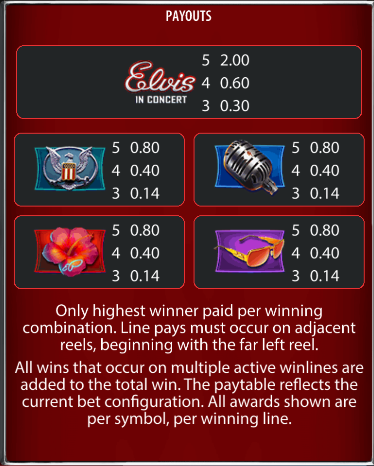 One of the world’s great rock ‘n ‘roll musicians, Elvis Presley died in 1977 but left behind not only a huge recording portfolio but also the inspiration for a number of online slot machines including Elvis Lives; this releases is developed by WMS Gaming and comes with colossal symbols and four different bonus modes.

Elvis Lives is a five reel slot with twelve rows and sixty fixed paylines; if you’re expecting a range of Elvis songs to accompany your gameplay you won’t be disappointed as players are serenaded by classics such as Suspicious Minds, Burning Love and Hound Dog.

The three higher value symbols are Elvis in various stage poses along with a badge, a microphone, a rose and his sunglasses; J, Q and K are the lower values.

The wild is the TCB symbol (Taking Care of Business, his backing band) and it will replace all other standard symbols to help form winning combinations.

In the base game reels two, three and four may display large, 4×3 versions of the standard symbols, wilds or 4×3 bonus symbols also; if you can land one of these completely in view you’ll get to play one of four bonus games:

You can’t go too far wrong with a slot which offers a whole host of bonus features along with some Elvis classics to keep things ticking along; it’s a very playable addition to the Elvis games already out there.