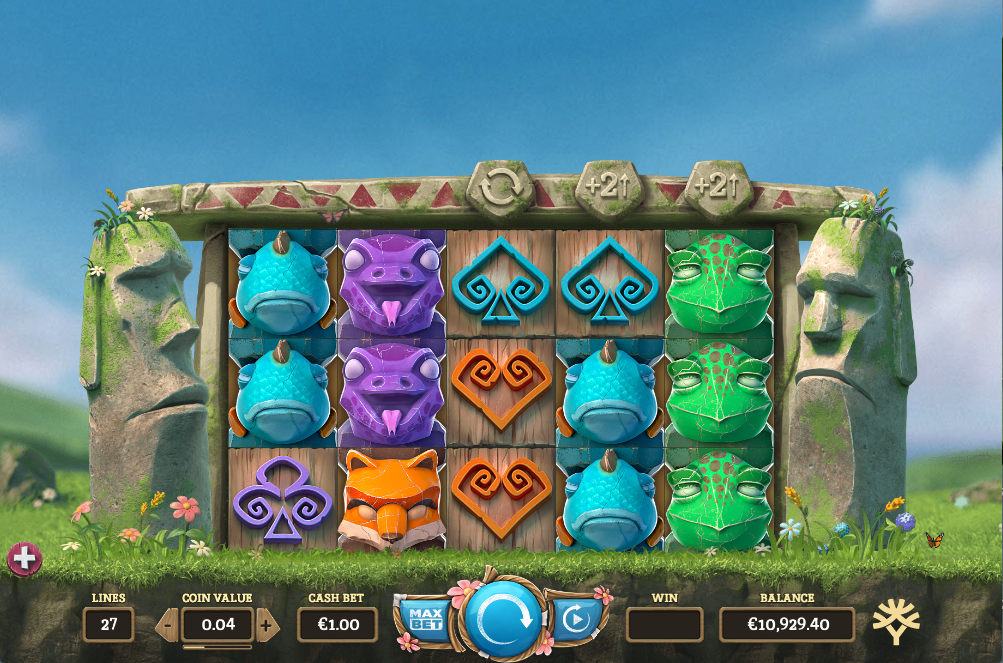 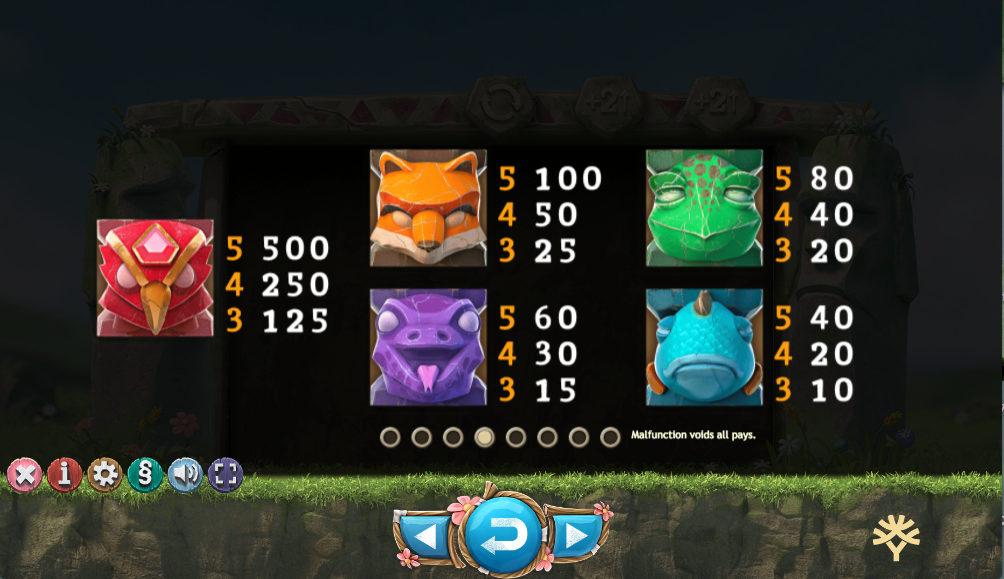 The huge, stone Moai heads of Easter Island are the driving force behind this online slot machine from Yggdrasil Gaming and it’s a game which comes with some clever features such as a reel set which increases in size – read on to find out how it all works.

Easter Island is a five reel slot with three rows and twenty seven paylines in the base game; bobbing Moai heads watch over proceedings from either side of the reels which spin within a slightly decrepit stone structure. There’s plenty of space at the top of the screen and this will become useful during the features.

The high value symbols are colourful representations of various animals which we think are birds, foxes, lizards, frogs and fish; the lower values are nicely carved playing card symbols.

The wild is a big, blue ‘Wild’ on a golden mask, it appears only on reels two and four and it will substitute for all others to help form winning combos. It will also expand to fill all positions on its reel if doing so will complete a combo.

All the features in Easter Island are connected to landing winning spins in the base game:

These features are independent of each other so that it’s not possible, for example, to trigger the four symbol respin from the three symbol bonus.

Easter Island is a very interesting slot with some top notch graphics and some well thought out bonus features; winning combos are a little harder to come by than most games but each time you land one there’s a feature waiting. This game comes with an RTP of 96.10%.