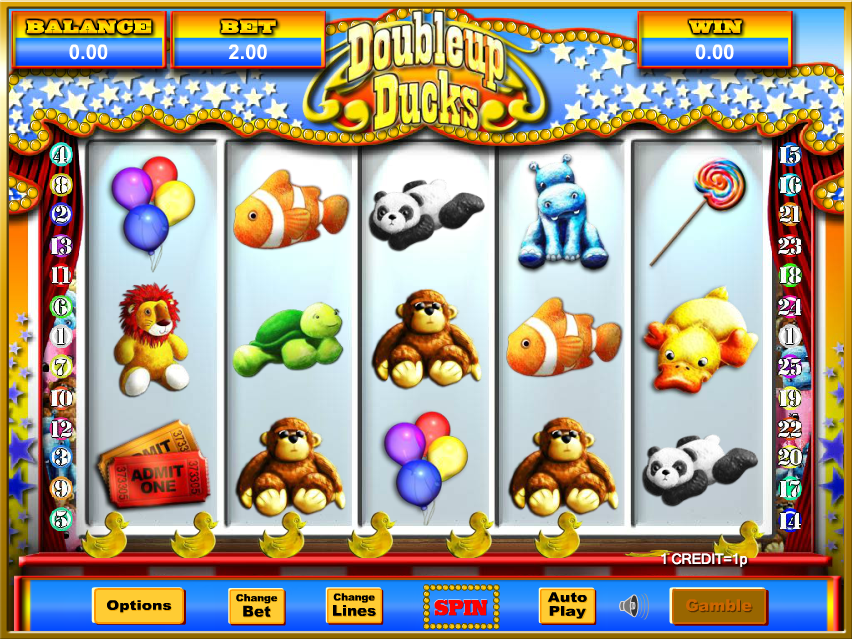 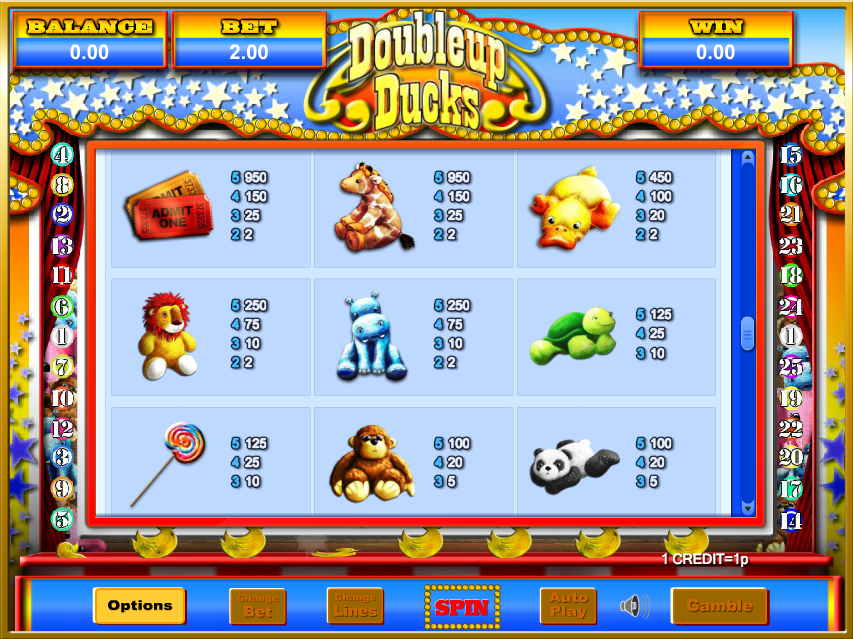 It’s time to take a trip to the fairground now to check out those slightly dodgy-looking stalls in which an apparently simple challenge is actually an impossible task and you have to face the fact that you’re never going to win that goldfish. This is Double Up Ducks, it’s developed by Playtech/Virtue Fusion and while you may not be able to win any soft toys, there are some cash prizes on offer.

Double Up Ducks is a five reel slot with three rows and up to twenty five paylines; this is a star-spangled fairground stall but the most pleasing bit is the metal ducks which move along the bottom of the screen, waiting to be hit by a misfiring pellet gun.

The symbols are all related to the theme and include ride tickets, a umber of soft toys (giraffes, lions, ducks, etc), a lollipop, a goldfish and some balloons.

The wild symbol is a pink elephant which substitutes for everything except the scatter, it doubles any wins to which it contributes; the scatter is represented by the duck/target combo and it activates the free spins.

This feature is triggered by landing three or more of the duck/target scatter symbols anywhere in view and if you manage that you will receive fifteen free spins.

During the spins all wins are subject to a 3x multiplier and the extra good news is that more spins can be re-triggered by landing three more scatter symbols during this round.

You can gamble any win by selecting the ‘Gamble’ button underneath the reels and you will now get to play a simple picking game – select one of two options to double your money but get it wrong and you’ll lose it all. There’s a win limit of 3,200,000 credits or 5 correct guesses.

Double Up Ducks looks pretty basic these days and it’s probably only for the fans of these older Playtech games. Give it a go if you like though, the reels still spin and there’s money to be won.