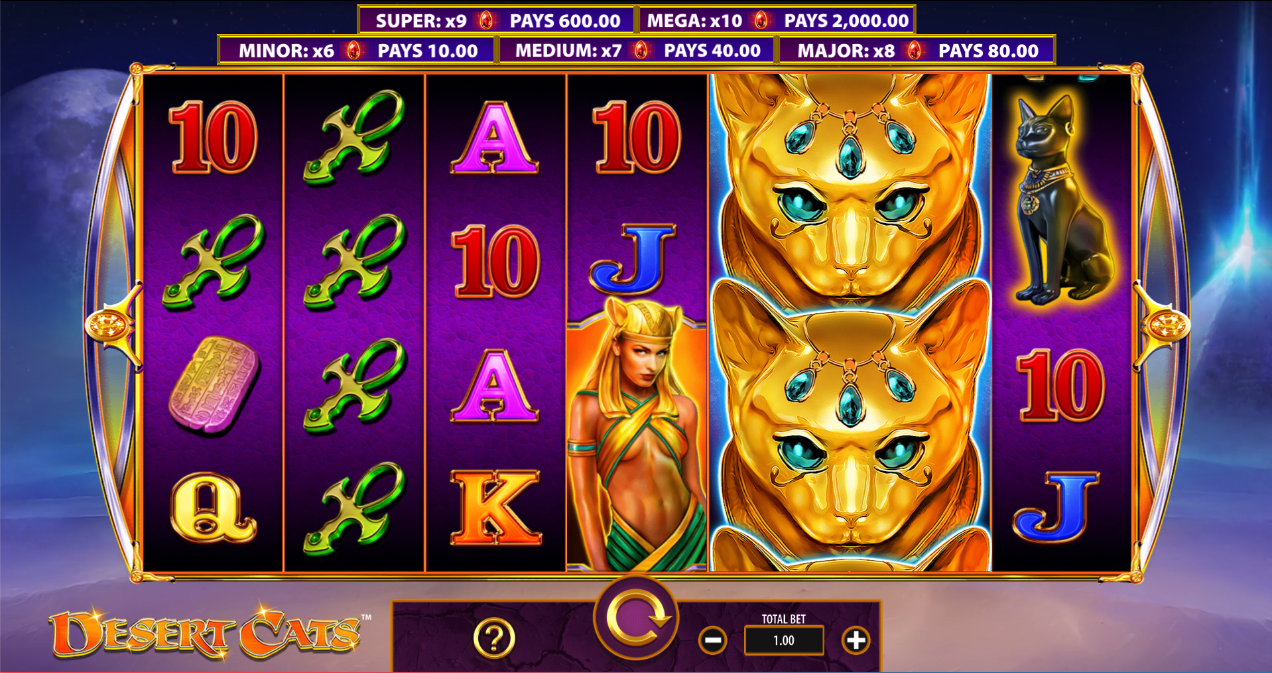 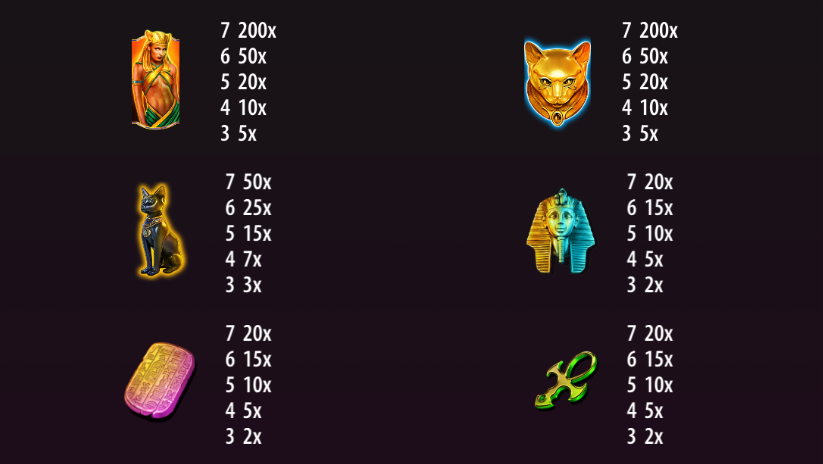 The Ancient Egyptians revered cats as representations of their gods and that adoration is reflected in the theme of this online slot from WMS Gaming – it’s called Desert Cats and it comes with a generous seven reels, giant wild symbols and some feline free spins.

Desert Cats is a seven reel slot with four rows and fifty fixed paylines; those reels spin in a neat, golden frame which floats against a backdrop of endless sand dunes and a gigantic full moon.

The higher value symbols comprise the scantily-clad woman, the cat mask, statue of Bastet, the pharaoh mask, the tablet and the ankh; 10, J, Q, K and A make up the lower values.

The golden cat is wild and it may appear as 1×1 or 2×2 reel positions in size; the larger one may contain gems which relate to one of the features below. It will substitute for all other symbols to help form winning combos except for the lion scatter icon.

This is triggered by landing at least six red gems (in the cat’s eyes) anywhere in view to earn the jackpots shown above the reels:

Trigger this by landing at least three of the lion scatter symbols anywhere in view for the following rewards:

It’s possible to have more than one reel with large wild symbols during this round but they won’t contain any coloured gems here; five more spins can be won once by landing three more lions.

Desert Cats is a nice tribute to our favourite pet and also a decent addition to the Egyptian-themed slots already out there; we like the free spins but the best bit is those huge wild cats which roam the reels.