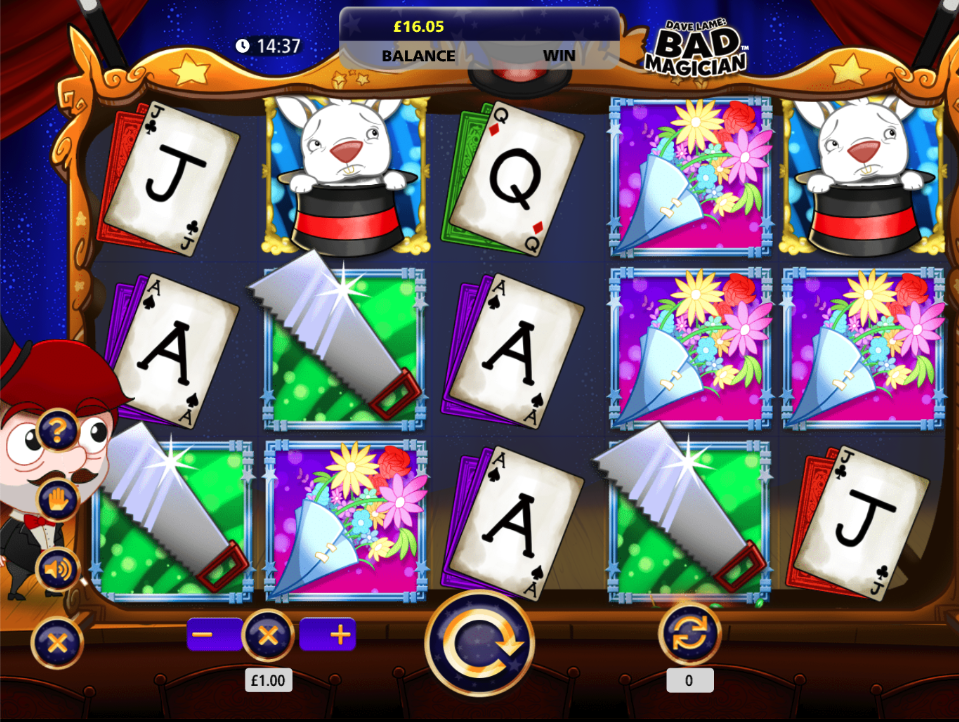 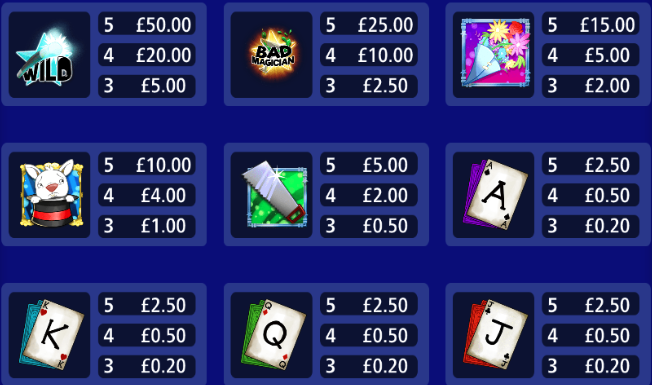 With a name like Dave Lame you probably shouldn’t draw attention to your lack of skills in the conjuring arts but that hasn’t stopped our eponymous hero – he’s the star of Dave Lame: Bad Magician and while his magic tricks might be rubbish, he’s quite capable of helping us out with various base game features and multiple free spins modes.

Dave Lame: Bad Magician is a five reel slot with three rows and twenty paylines in the base game; the reels spin on the stage of this empty auditorium while nervous Dave looks on from the left hand side.

The high value symbols include the logo, a bunch of flowers, a rabbit in a hat and a saw; the lower values are J, Q, K and A. The blue star is wild and the red pot is the scatter symbol.

If Dave appears on both sides of the reels during the base game then you’ll receive between two and five respins with paylines paying in both directions.

Landing three of the red pot scatter symbols anywhere in view will trigger one of five features – they are listed in order or value here, lowest to highest:

When entering the Pick A Pot feature you’ll be able to gamble your way to a more lucrative bonus if you want but there’s also the chance you can lose it all.