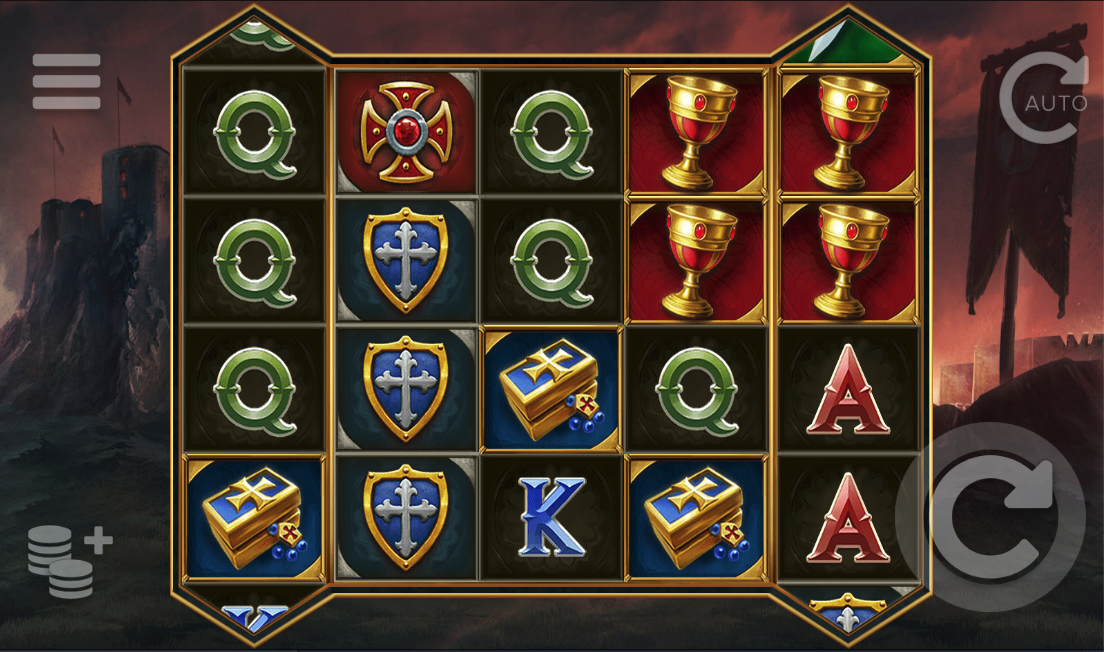 Say what you want about the wisdom of the medieval crusades but their lasting legacy is the creation of this online slot machine from Elk Studios; it’s called simply Crusader and it tempts players with the promise of nudges, wild wins and free spins.

Crusader is a five reel slot with four rows and twenty six fixed paylines; there’s an appropriately gloomy atmosphere to this game with those reels floating against a backdrop of grey castles and fire – the scene of one of many battles.

The theme-related symbols include the golden cup, the box of jewels, the green-handled dagger and three shields representing the various crusading armies; Q, K and A make up the lower values. The golden ‘Wild’ is wild and it will replace all standard symbols to create winning matches; the Crusader is also wild and has a feature attached which we’ll explain below.

The Crusader can appear on reels one and five it is stacked four positions high – landing one partially in view will cause it to nudge up or down for subsequent respins until it’s fully in view.

If you can land two Crusader wild symbols on reels one and five they’ll nudge fully into view and then the free spins will be triggered; you’ll receive eight free spins with those wild Crusaders locked in place on their reels but look out for the expansion symbol which which will increase the number of rows to twelve the number of paylines to ninety eight and award an extra free spin.

The original Crusades may have been an unwise military adventure but this slot machine adds an element of enjoyment missing from that invasion; it all revolves around the Crusader wild symbol triggering the features and that of course is the way it should be.