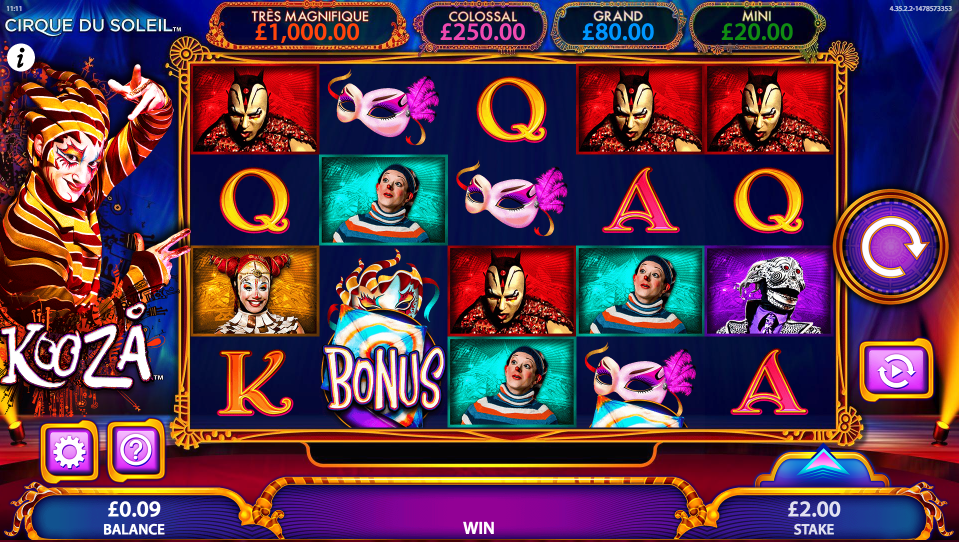 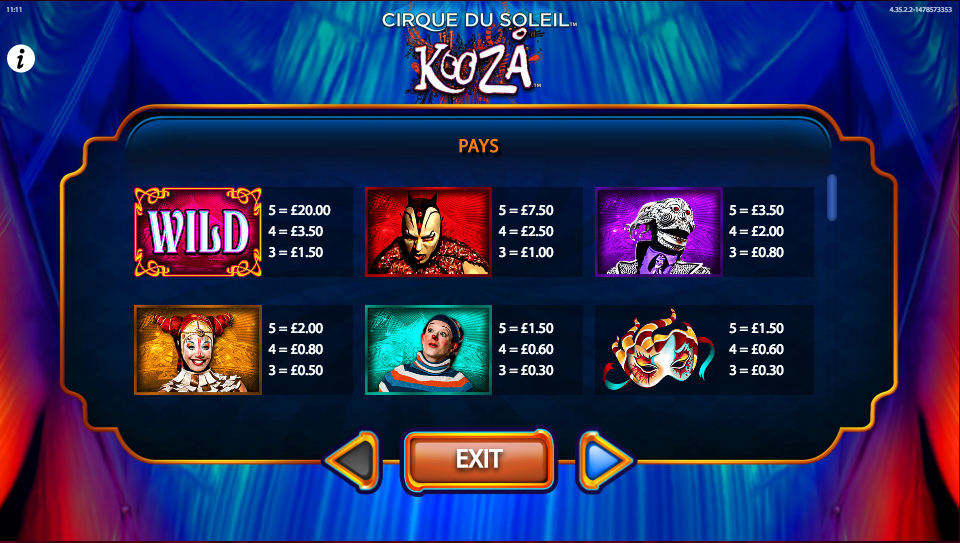 Cirque du Soleil is the giant Canadian acrobatic circus formed by Guy Laliberte and Gilles Ste-Croix back in 1984 and this online slot has been designed to celebrate one of it’s touring shows, Kooza, which premiered in 2007. It’s developed by Bally Technologies, it’s full of bonus features plus a progressive jackpot and you can read all about it below.

Cirque du Soleil: Kooza is a five reel slot with four rows and forty fixed paylines; the gold-framed reels spin against a backdrop of blue circus curtains while one of the Kooza characters looks on from the left hand side.

There are six high value symbols and these include four characters from the show (Wheeler, Skelly, Chari and Innocent) along with two masks; lower values are the standard Q, K and A.

The wild symbol is a big pink ‘Wild’ and it will replace all others to form a winning combo except any bonus icons of which there are two – the red box and the bonus kite.

On each spin one of the standard symbols is chosen to appear stacked on the reels, hopefully allowing some bigger wins.

Trigger this by landing three of the box icons anywhere on reels one, three and five; now just pick one of the three boxes for a cash award or entry into the Bonus Wheel feature.

This is triggered by landing three of the bonus scatter symbols anywhere on reels two, three and four; now spin the wheel which will determine one of four games or awards:

Cirque du Soleil: Kooza certainly offers plenty of bang for your buck with a variety of creative bonus features and a progressive jackpot; it comes with an RTP of 96.00%.