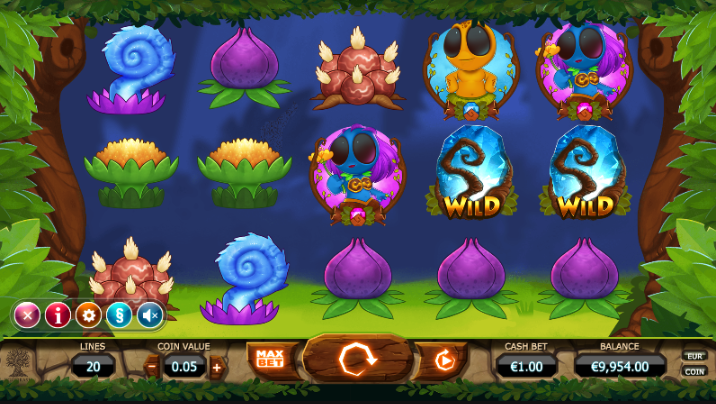 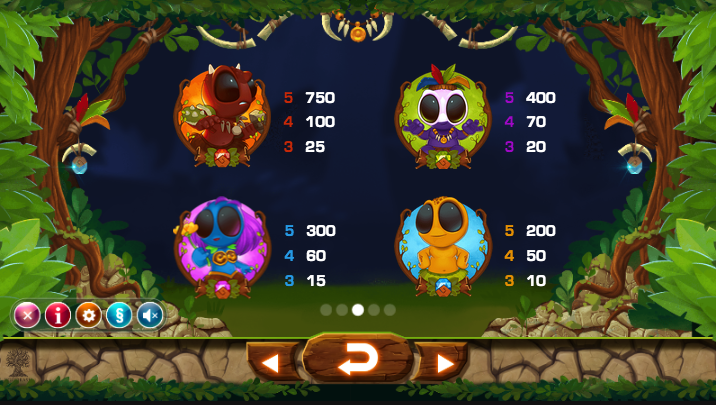 Yggdrasil Gaming know how to develop some engaging online slots with slightly unusual themes and Chibeasties is another to add to the list. We don’t know what Chibeasties are but we assume they’re the small, black-eyed creatures who form the basis of this game. They live in a forest environment and they’re ready to hand over an expanded free spins round so read the full review below for more information.

Chibeasties is a five reel slot with three rows and up to twenty paylines; as we’ve already mentioned we’re deep in some gloomy forest in a clearing framed by trees and leaves – a mysterious blueish haze hangs in the background to add to the fantasy.

The symbols are all theme-related and include four Chibeasties – brown, blue, purple and orange – and four rather alien-looking plants.

The wild symbol is a glowing blue gem which substitutes for everything except the scatter; it doesn’t pay out anything on it’s own. The scatter symbol looks like a small creature with wooden sunglasses and it will activate the main feature.

This is the only extra feature and it’s triggered by landing three of those sunglass-sporting scatter symbols. You will receive the following number of free spins:

Before the free spins start, one symbol (including the wild) will be randomly chosen as an expanding icon. On each spin the reels will be evaluated for wins and then the symbol will expand to fill it’s entire reel; following the expansion the reels are evaluated again so there are two winning opportunities per spin.

Chibeasties is an interesting little game in the same style as several other recent Yggdrasil releases; the gameplay is smooth and the sound effects complement the action. We regard this as a medium variance game and the bigger wins seem to be during the feature round. The RTP is 96.20%.