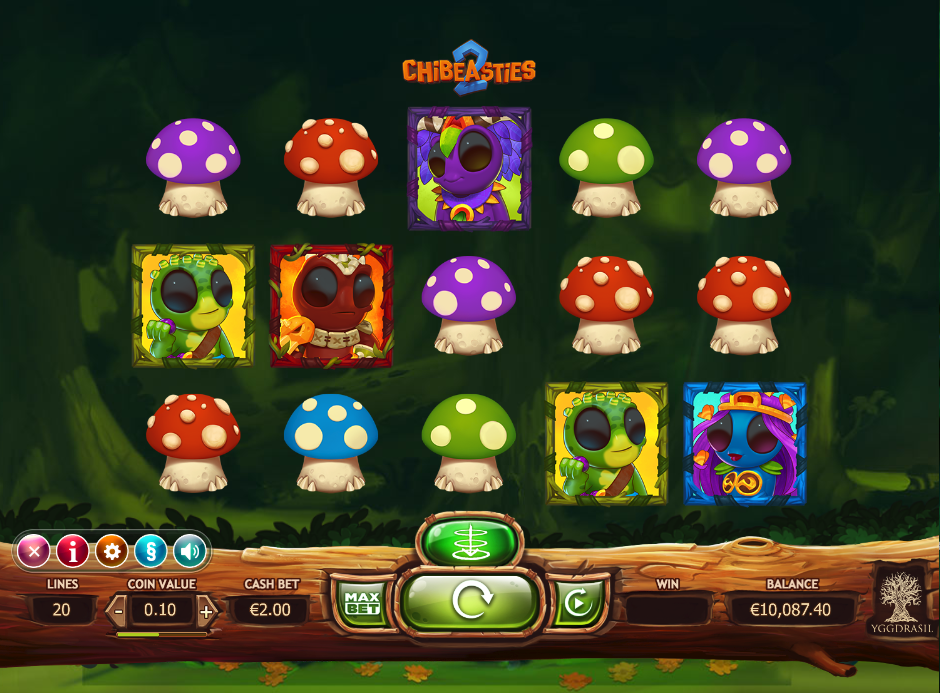 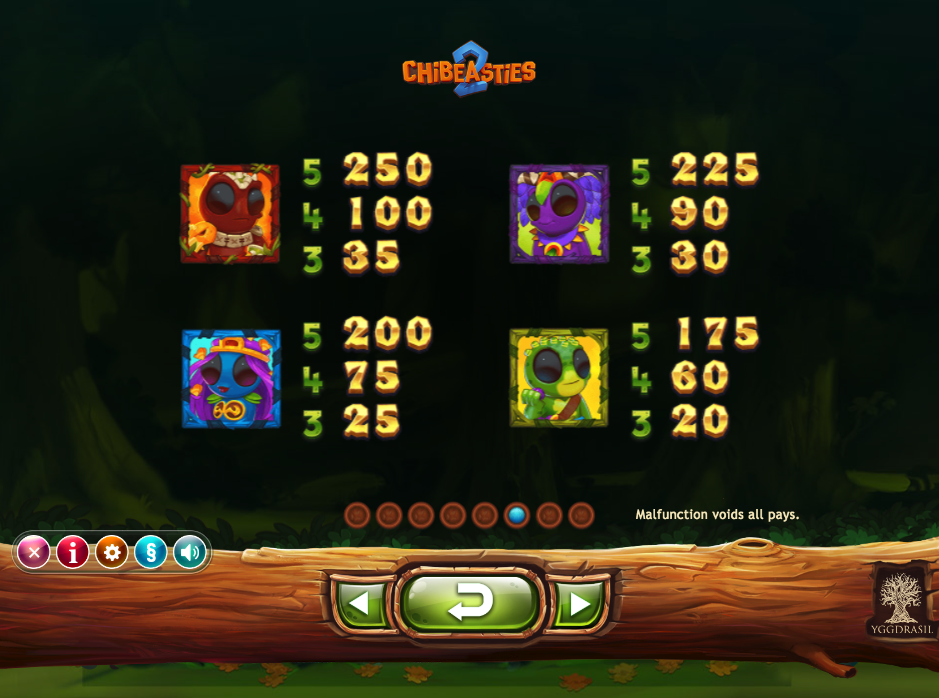 Anyone that has dabbled in the superb online slot that is Yggdrasil Gaming’s Chibeasties will be pleased to know that there’s now a sequel in the form of Chibeasties 2, an upgrade to the original featuring the same cute characters but some significant new bonus features – find out all about it below.

Chibeasties 2 is a five reel slot with three rows and twenty fixed paylines and we are once again guests in the forest home of our black-eyed friends; it’s gloomy in the trees which form the backdrop to the reels but you can rest on the log at the bottom of the screen if you get a bit tired.

The four higher value symbol are four Chibeasties of various colours – red, purple, blue and green, while the lower values are four toadstools of similar hues.

There are four different wild symbols which we’ll explain in more detail in the bonus section below and then there’s a Free Spin icon which does what it says on the tin. 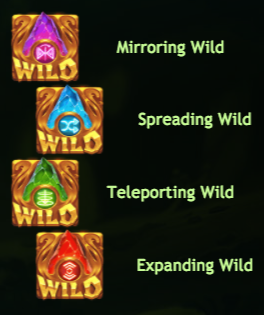 At any point in the game you can choose to select one of four realms which are actually modes in which the wild acts a bit differently:

Following any wild action in any realm you may be lucky to receive the Combo Wild which will add some extra wilds to the reels for (hopefully) another payout, 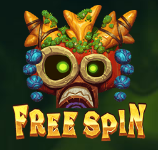 This is triggered by landing three or more of the Free Spin scatter symbols anywhere in view for which you will receive the following:

You will still be in the same wild realm during the free spins but the Combo Wild is guaranteed whenever a wild symbol lands during this round. It’s not possible to trigger any more spins during this feature.

Chibeasties 2 is a lovely slot which has the same atmosphere and cute characters as the original game but adds in a really clever new feature selectable by the player. It’s definitely worth checking out and comes with an RTP of 96.20%.