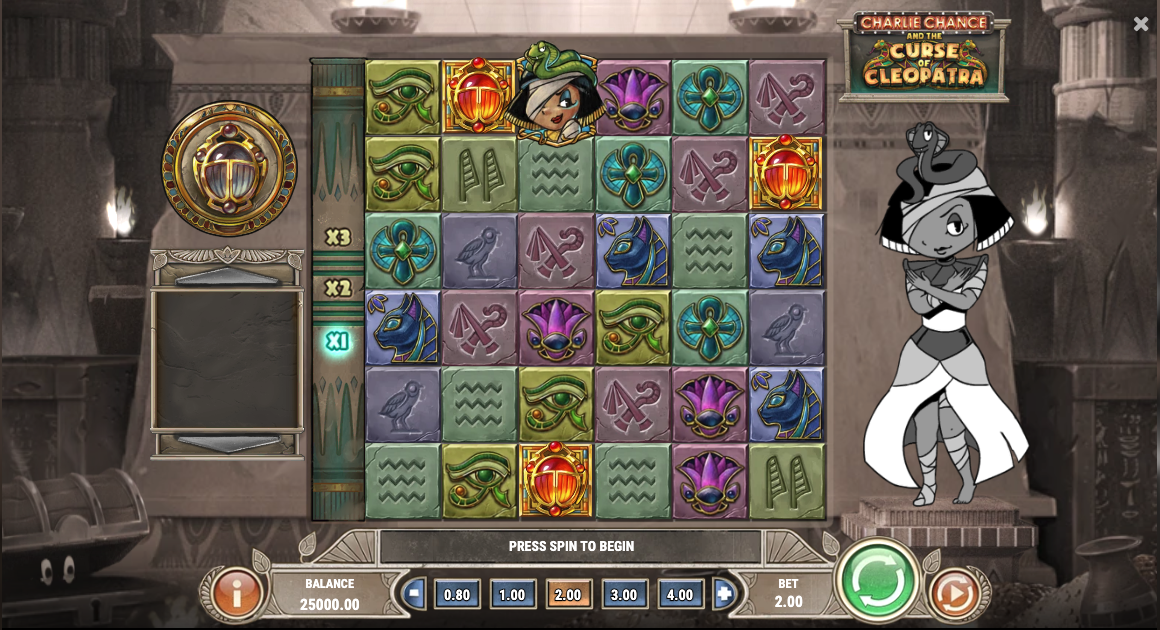 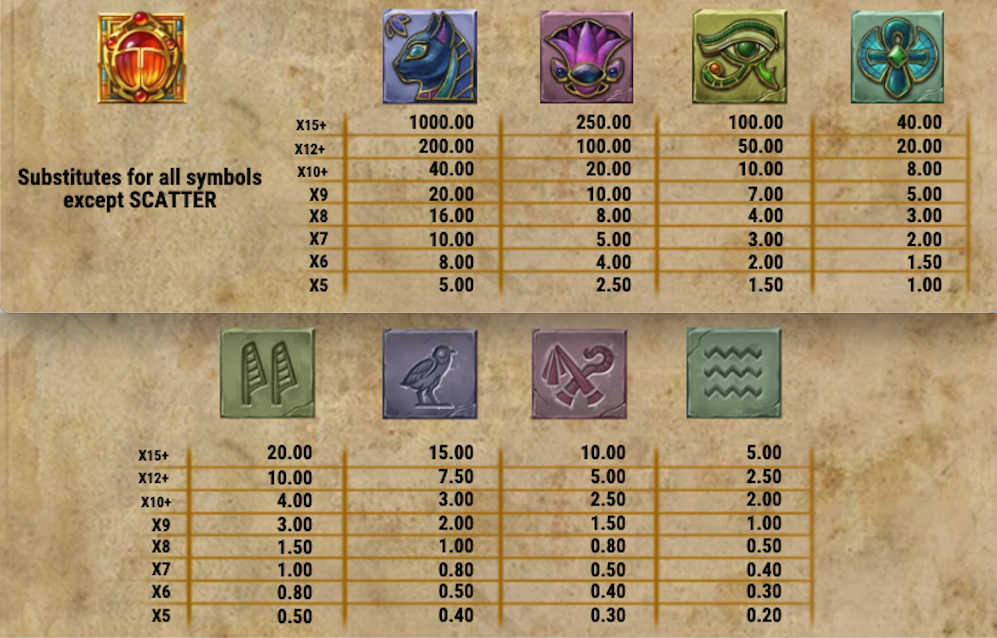 Charlie Chance is an intrepid adventurer created by Play N Go who we’ve previously joined on a trip to hell and here he’s taken on the challenge of Ancient Egypt in Curse of Cleopatra – this online slot comes with a cluster gameplay mechanic along with cascading reels, win multipliers, free spins and more.

Charlie Chance and the Curse of Cleopatra plays out on the 6 x 6 grid shown above and your task is to create combos of at least five matching symbols connected horizontally and/or vertically – those symbols involved will then disappear and be replaced by more falling in from above. Each of these ‘cascades’ in a single spin increases the win multiplier shown on the left hand side.

Cleopatra is cavorting around on the right hand side in that early 20th century animation style used in Charlie’s previous outings and the backdrop is the interior of an ancient tomb.

The four high value symbols are representations of various Egyptian gods while the lower values are god-themed hieroglyphics; the scarab beetle is wild and Cleopatra is the scatter symbol.

Charlie Chance and the Curse of Cleopatra Bonus Features

On any spin two neighbouring reels will lock together and spin the same symbols; if you’re lucky the 2×2 Charlie Mega symbol may also land, he’ll remove any low value symbols touching him and then he’ll become a large wild symbol.

On any spin between five and eight wild scarab beetles will fly onto the reels to help out.

On random spins the pink serpent will enter the reels and move around, removing some symbols in its wake and turning others into matching ones.

Landing at three of Cleopatra scatters anywhere in view will award eight free spins with four more for each additional Cleo; during this round Cleo’s Columns will activate on every spin and with every three cascades the win multiplier increases by 1x up to a maximum of 10x – it doesn’t reset between spins.