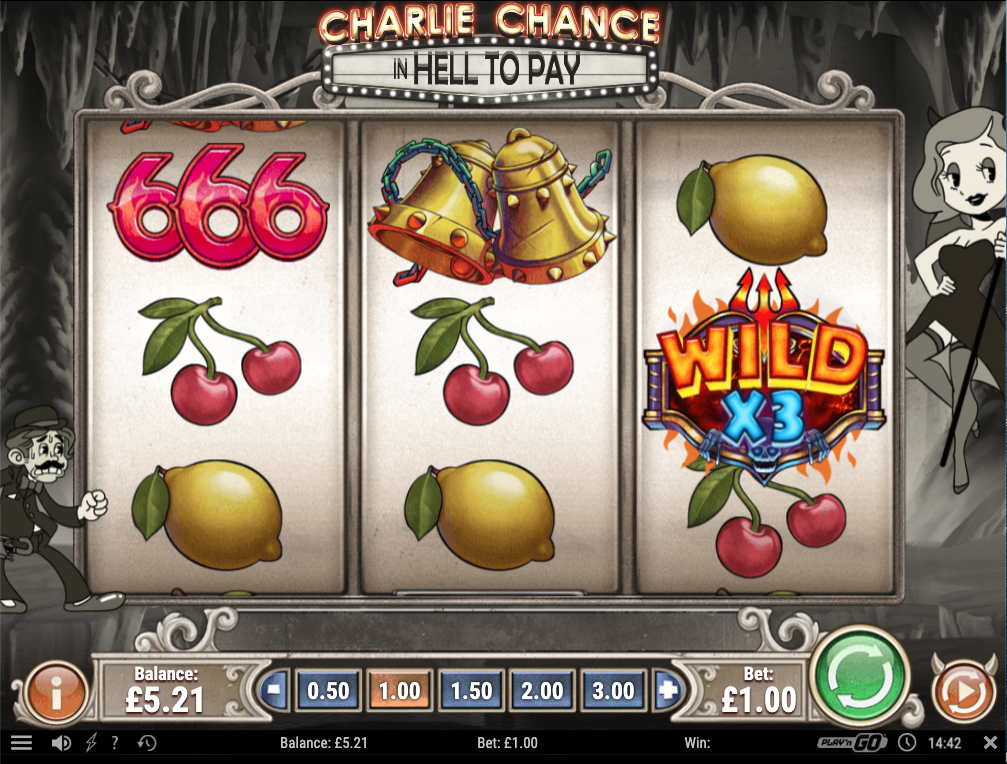 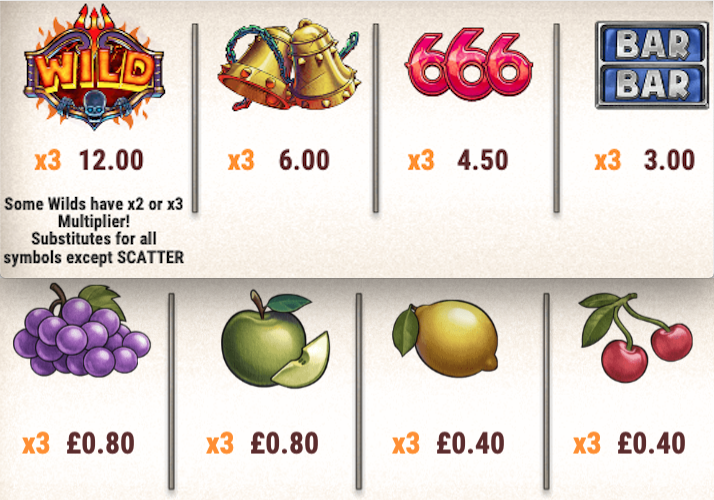 We’re heading back to the early days of animation now as we check out Charlie Chance In Hell To Pay, an online slot from Play N Go with some wobbly characters, a Satanic location and lots of themed bonus features.

Charlie Chance In Hell To Pay is a three reel slot with three rows and five fixed paylines; all the action takes place in a black and white version of Hell where Charlie seems to have ended up, taunted by the floating female devil on the right hand side.

The high value symbols include the golden bells, the triple 666, the double Bar, the bunches of grapes, the apples, the lemons and the cherries; the ‘Wild’ is a forked wild which will replace all others to help from winning combos – it may also apply a 2x or 3x multiplier to any wins.

The little flaming scatter icons can overlay all standard symbols and if you can land three anywhere in view you’ll trigger the Feature Board bonus; Charlie will now begin his wobbly walk across the bottom of the screen, passing over various features – the one on which he stops will be awarded:

Charlie Chance does a great job of recreating the atmosphere of those early attempts at animation and it incorporates that style into all aspects of this slot such as the graphics and bonus features – highly recommended!