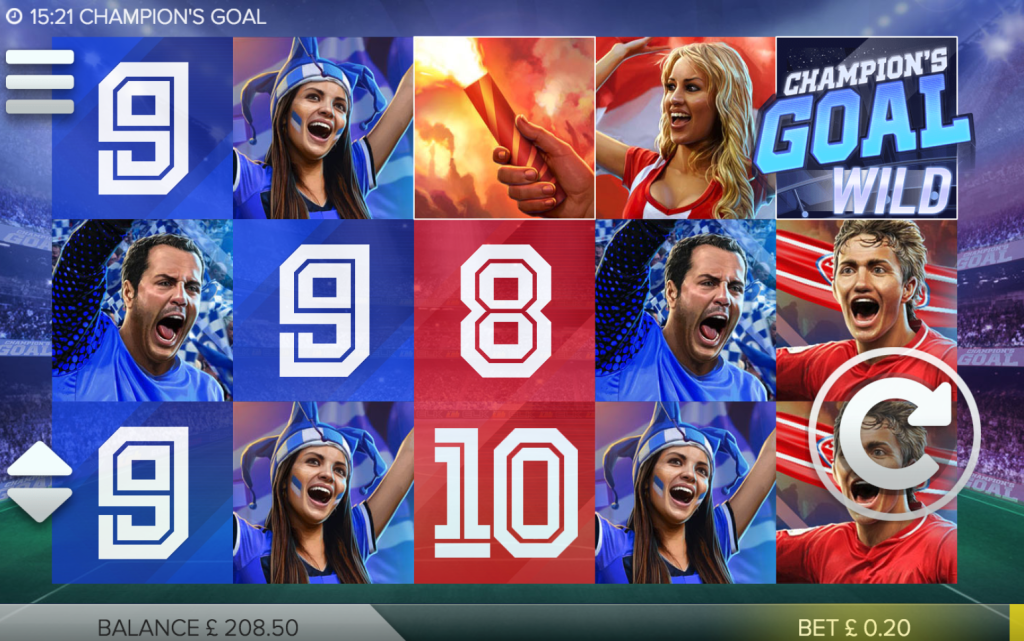 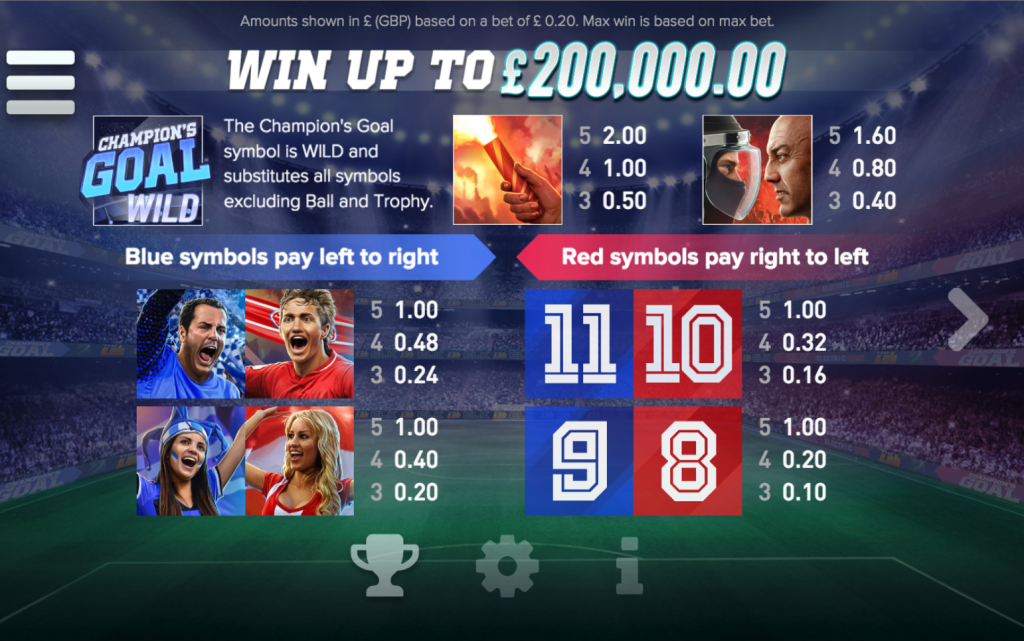 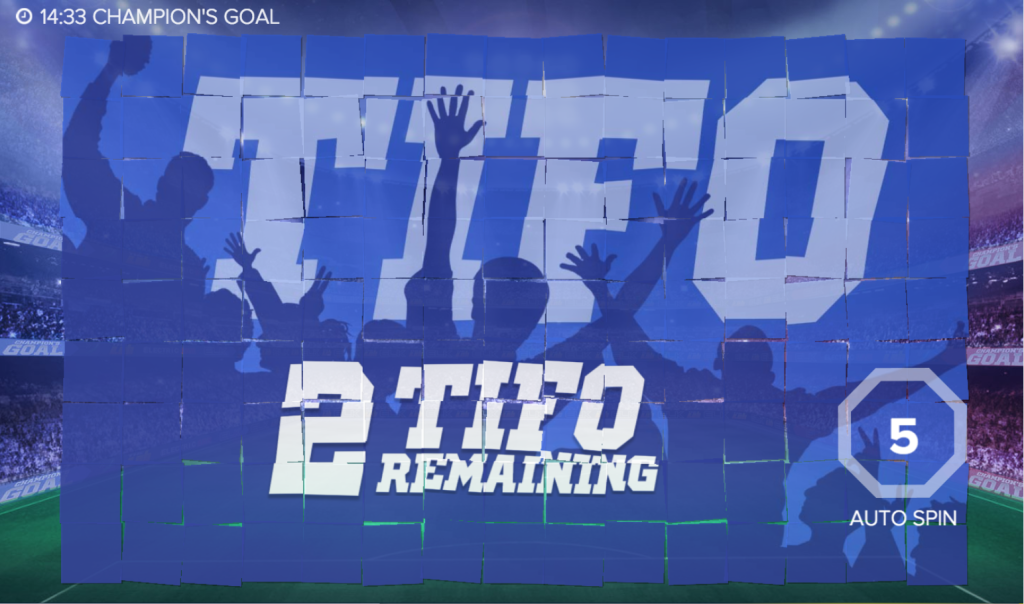 We like football and we like online slots so there’s not much that can drag us away from a game such as Champion’s Goal. It’s developed by Elk Studios so not only do you get a compelling slot, you also get to use Elk’s ‘betting strategy‘ feature – read the full review below for more details.

Champion’s Goal is a five reel slot with three rows and twenty paylines and before anything else it’s worth saying that everything you want to do (spins, paytable, etc) is found by hovering over a certain corner of the screen – no options are visible until you do that but it’s quickly learned.

The main symbols are divided mostly into blue and red with two supporters and two numbers of either colour; wins can be formed with blue symbols from left to right and red symbols from right to left. There’s also a flare and stand off between a fan and a riot copper.

The wild symbol is the game’s logo, there’s a trophy bonus icon, a pointing referee and a football scatter which all contribute to various extra features.

This is triggered when 3×3 symbols land on the reels in a matching colour – blue on the left and red on the right. You will now receive three free spins with three sticky wilds added to the reels.

Whenever the ball lands anywhere on the reels you will get a free kick; this means that the ball will fly off the reels, clearing that entire row and allowing more symbols to fall into place from above. In addition any wins you land will be multiplied by 5x.

Land a referee symbol anywhere in view to trigger this mini-feature; a wild will be added to each corner and you’ll get one free spin.

The gold trophies appear only on reel three but if you can land a stack of them there you will receive seven spins. Each time you land another trophy you will get one more spin up to a maximum of three. If you can hit the Champion’s Goal during this feature you’ll win an instant prize and the spins end.

Elk Studios slots are always a little different and Champion’s Goal is no exception; there are loads of clever bonus features and some top quality graphics. The RTP is a decent enough 95.70%.