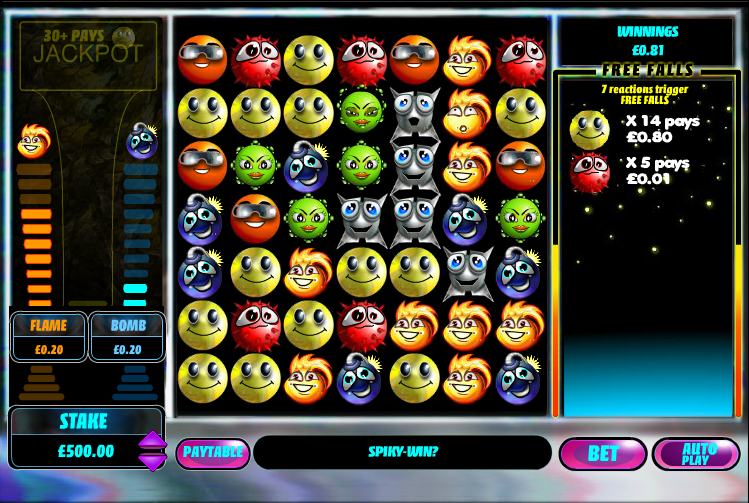 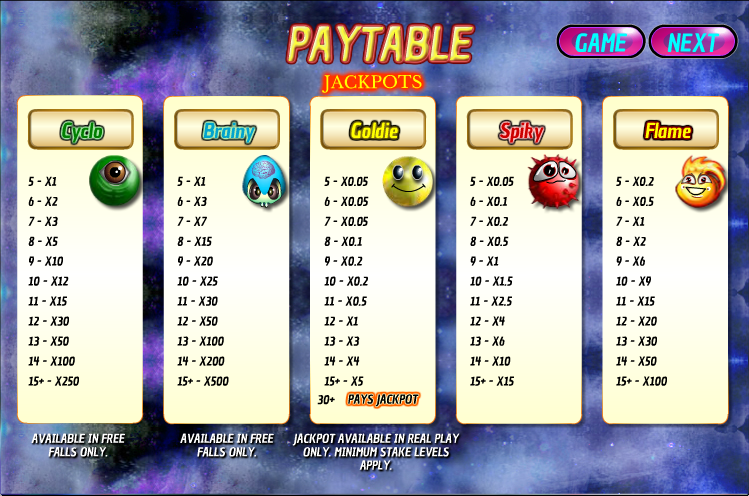 One of our favourite arcade slots of recent times was Chain Reactors, a cheerful and amusing diversion which featured lots of cute characters forming groups on the screen and disappearing in a pleasing manner. Super Trails is the sequel and it takes all the good bits from the original and adds some funky extras.

The is an addition to the original and it’s similar to the free spins you might receive when playing a five reel slot. It’s triggered by creating seven or more groups of five in one go and you can keep track of that number in the box on the right hand side.

The free falls will start automatically and the bomb and fire symbols will be replaced by two special icons. It’s also possible to trigger more free falls from within this feature.

You will notice the ladder on the left hand side of the reels; each spot underneath the flame and the bomb is filled when a group of that type is created. When the ladder is complete you will receive the following bonus:

This is a brilliant time waster which only adds to the charm of the original release with a variety of bonus features. Be warned though – once you start playing you won’t to stop.