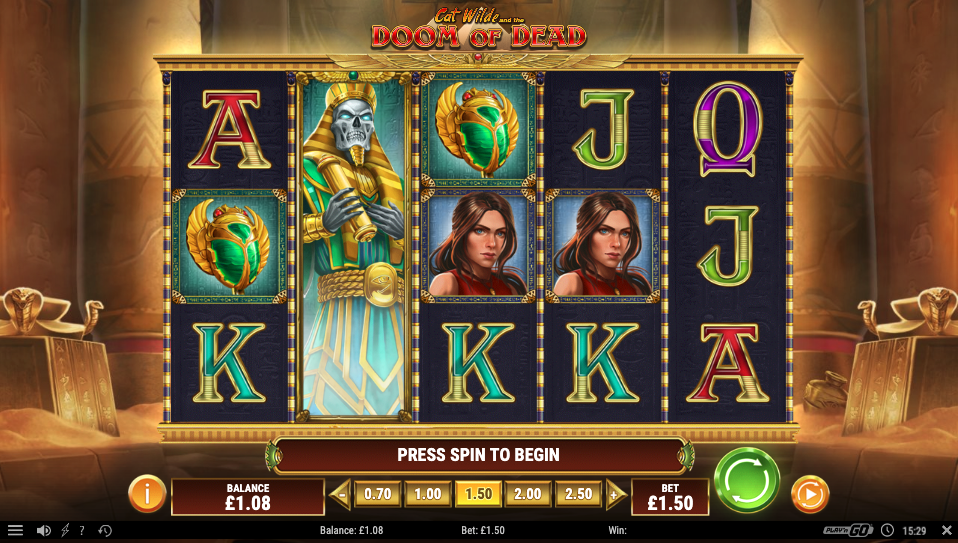 Rich Wilde, our favourite grave robber, appears to have hung up his hat and tools because there’s a new family member to the fore – she’s called Cat Wilde, she’s probably Rich’s daughter and she’s the star of Doom of Dead, this online slot from Play N Go and sequel to Book of Dead.

Cat Wilde and the Doom of Dead is a five reel slot with three rows and ten fixed paylines; all the action takes place in the fabulous entrance to a tomb which is shortly to be desecrated by our heroine.

The four high value symbols include Cat, the Sphinx, the god Anubis and an expensive-looking ankh; 10, J, Q, K and A are the lower values. There are five different wild symbols, all represented by mummified pharaohs and they can appear on any reel – they’ll replace all symbols except the compass scatter and they will also expand to fill all positions on their respective reels. 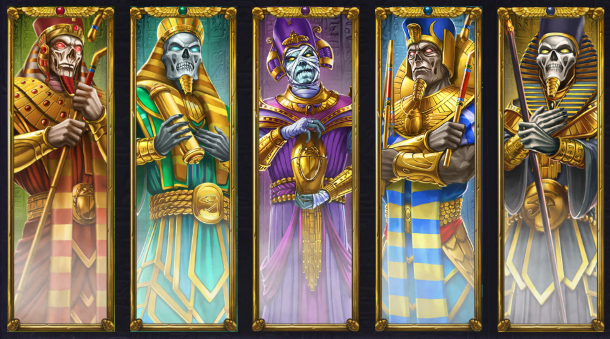 Landing three of the compass scatter symbols anywhere on reels one, three and five will award an initial ten free spins but repeating that feat will award ten more an unlimited number of times.

Before the round starts one of the standard symbols is selected at random and it will expand to fill all positions on its reel if a win is possible by doing so. These symbols don’t need to be on adjacent symbols either, just on an active payline. The expanding wilds are also active and they can substitute for the expanding symbols also.

Doom of Dead moves us on a little bit from Rich Wilde and his Book of Dead with those mummified pharaohs staggering around the tomb – perhaps the main difference is a considerably higher RTP of 96.29%, up from 94.17% in the original. It’s certainly up to the high standards we expect from Play N Go.