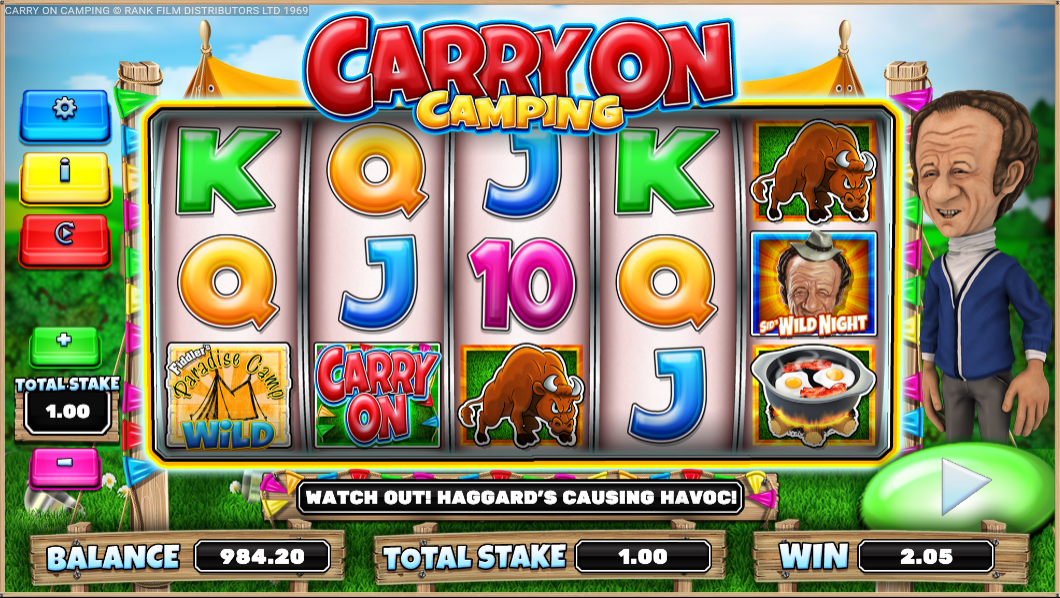 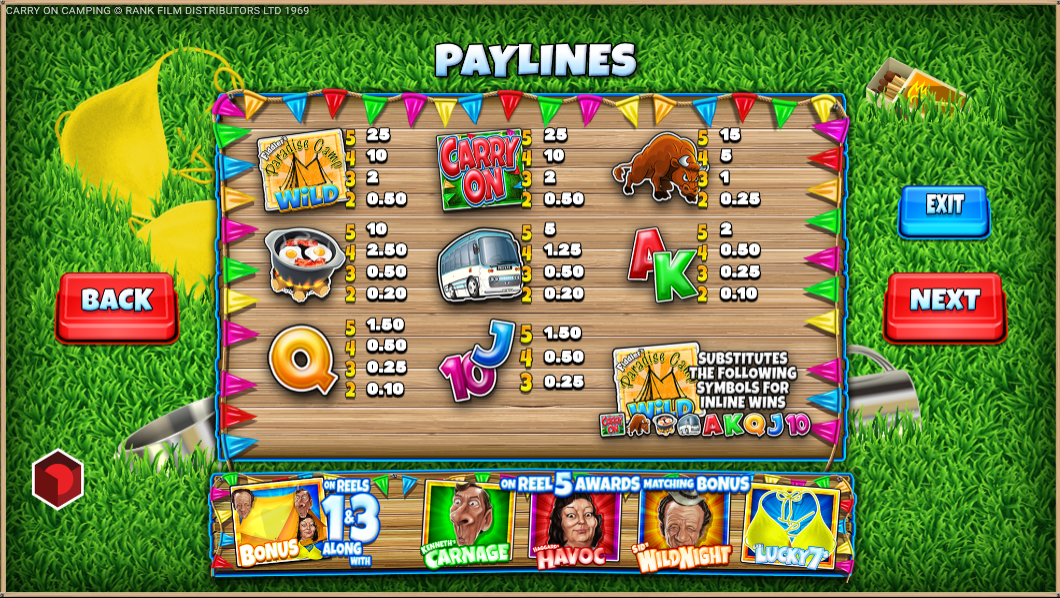 The series of ‘Carry On’ films was a peculiarly British affair but not without a few laughs along the way and one of the more notable was Carry On Camping which saw our intrepid cast head away for a night under canvas in the countryside; it’s now also the theme of an online slot machine from OpenBet and lots of fun it is too.

Carry On Camping is a five reel slot with three rows and twenty fixed paylines; behind those reels we can just see the top a of a yellow tent under sunny blue sky while Sid James watches over proceedings from the right hand side.

The high value symbols include the Carry On logo, an angry bull, a fried breakfast cooking on a camping stove and a coach; 10, J, Q, K and A represent the lower values.

The Paradise Camp symbols is wild and will substitute for all others to form winning combos except for the various bonus symbols described below; the wild may also randomly expand to fill the whole reel if you’re lucky.

There are four character feature available and they are triggered by landing the yellow tent on reels one and three plus the relevant character on reel five:

Carry On Camping is lots of fun and it channels the spirit of the original film very successfully; the potential to trigger one of the features seems to very high and we managed several of them while playing. It’s good stuff and comes with an RTP of 95.63%.