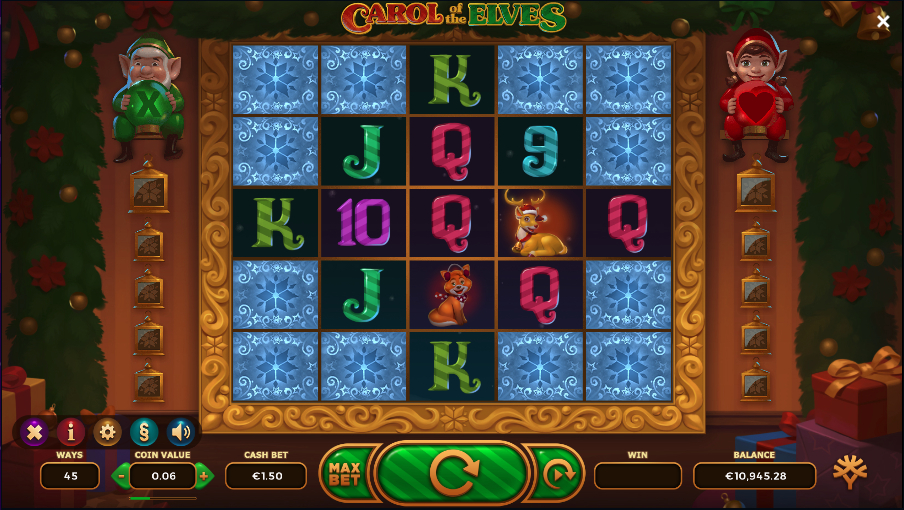 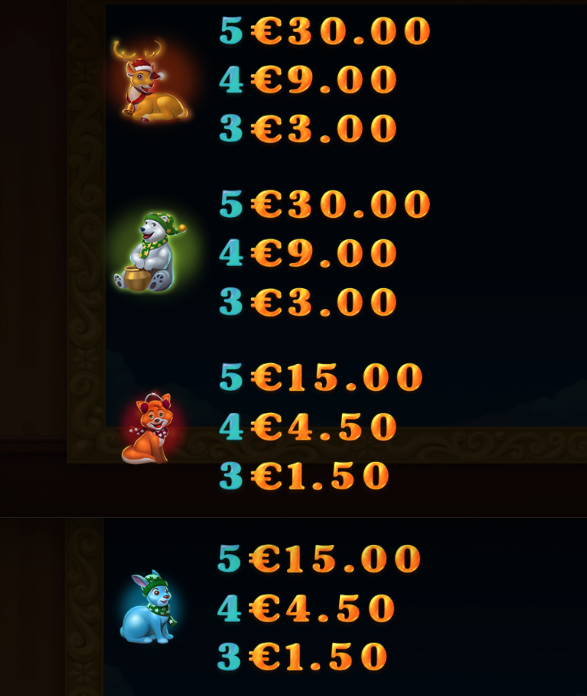 Depending what time of year you’re reading this then Christmas may or may not be just around the corner but that doesn’t really matter – Carol of the Elves is another seasonal online slot to try out and from £0.10 per spin it promises players unlocking reels and multiplier wins.

Carol of the Elves is a five reel slot with five rows and 45 ways to win initially; Christmas paraphernalia surrounds those reels with our two elves sitting atop the meters in which lanterns are collected.

Animals in festive attire – a deer, a polar bear, a fox and a rabbit – represent the high value symbols while 9, 10, J, Q, K and A make up the lower values. There are no wild or other special symbols in this game.

Carol Of The Elves Bonus Features

This is an interesting twist on a a feature we’ve seen before because each winning combo will unlock the same number of positions as symbols in that combo so it’s possible to unlock as few as three or as many as twelve (all of them). Each winning combo will award a free respin to try and continue the process but a losing spin will reset the reels. The maximum number of paylines is 3125.

Once all positions are unlocked the symbols in a winning combo will contribute to filling the meters up on the right or left of the reels – the left increases the multiplier by 1x each time it’s filled and the right meter adds an extra life to cancel out a non-winning spin.

Combos with the fox, deer, 10, Q and A fill up the right hand meter while the polar bear, rabbit, 9, J and K fill the meter on the left.

Carol of the Elves is a really entertaining slot so don’t be put off by how hard it is to land those initial wins in the base game – you’ll get one eventually which will lead to easier ones and hopefully the high paying features.