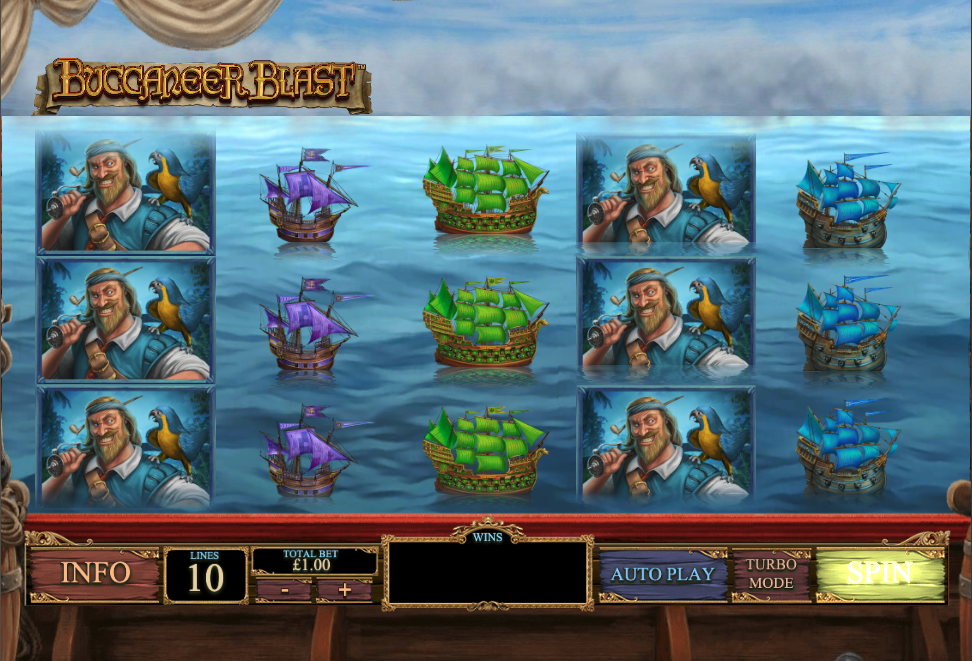 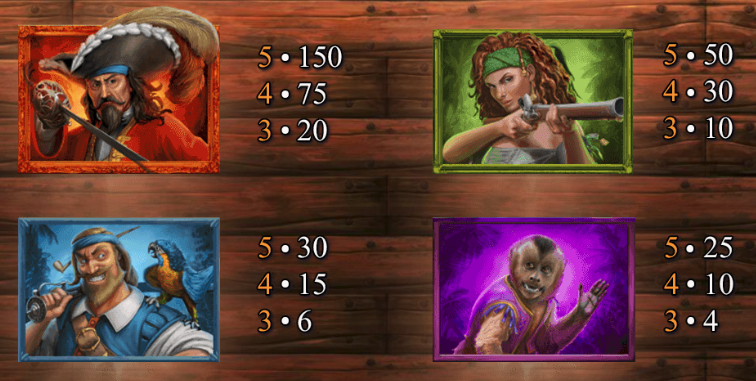 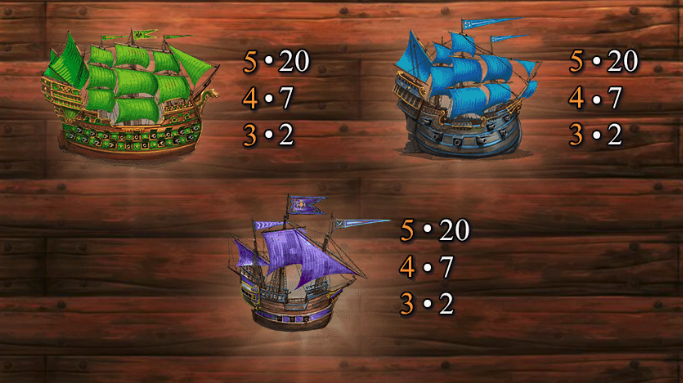 We’ve said it before and we’re happy to say it again – pirates are always an excellent addition to an online slot machine and courtesy of Playtech we have one more to add to the list; Buccaneer Blast is the name of this release and it offers players several themed features with generous prizes.

Buccaneer Blast is a five reel slot with three rows and ten fixed paylines; the symbols are either pirates or pirate ships bobbing up and down on the ocean waves while your gameplay is accompanied by the sound of clashing cutlasses and other related noises.

Four characters from this story – three colourful pirates and a monkey – represent the higher value symbols while pirate ships with sails of green, blue and purple make up the lower values.

Wild symbols don’t appear during normal gameplay but watch out for the cannon which appear underneath reels two and four – they will blast the reels and transform any low value symbols into wilds after which any wins will be evaluated with the bonus of a 2x multiplier.

While looking out for those wild cannons make sure you also keep a watch for the black pirate ship which appears above the reels; this may award a respin during which three cannon appear beneath reels two, three and four, blasting away and turning any symbols they hit wild.

Buccaneer Blast is a simple-looking slot but one which hides some amusing graphics and two bonus features cleverly integrated into the base game; we’ll repeat the lesson here once more and say that pirates always create an exciting theme.