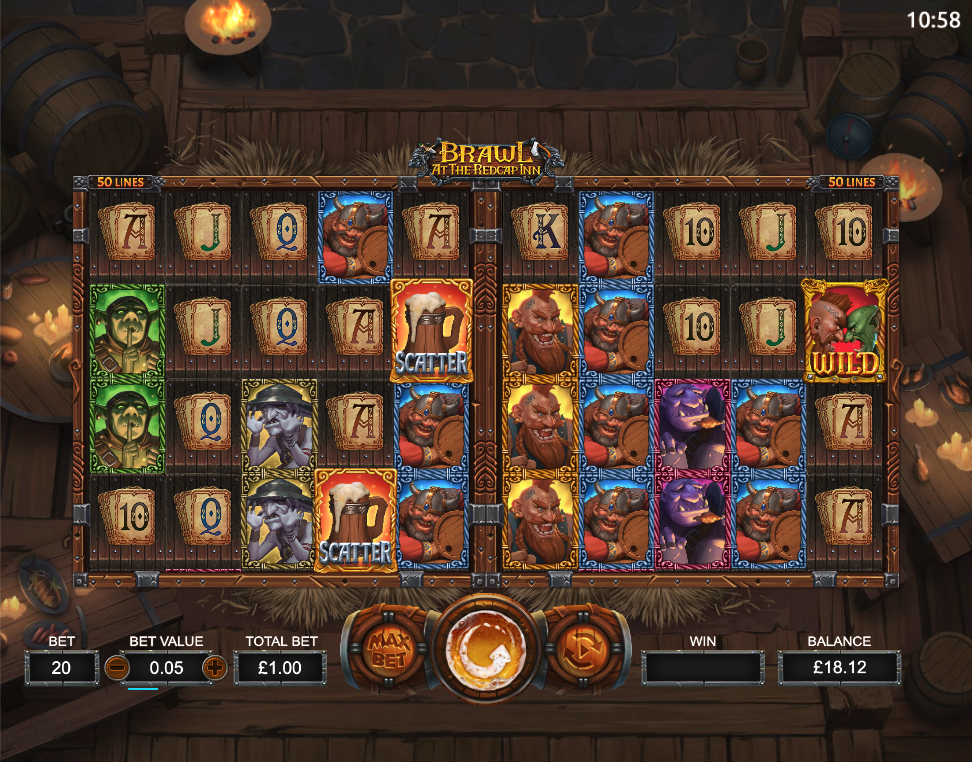 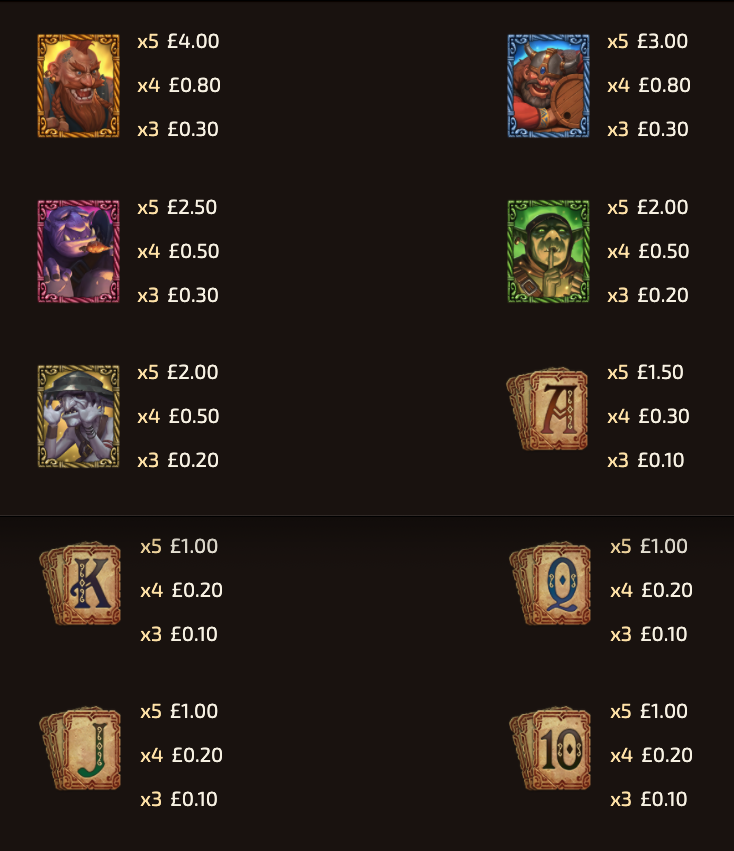 Steer clear of the local pub for a while because there’s a huge fight going on involving lots of dwarves – Brawl At The Redcap Inn is an online slot from Yggdrasil Gaming/Dreamtech which narrates this fracas while offering players the chance to win free spins and duplicating wild symbols across two sets of reels.

Brawl At The Redcap Inn plays out on two reel sets, each with five reels, four rows and fifty paylines; the wooden tables and candles of some Tolkein-esque tavern form the backdrop to those ornate reels.

The higher value symbols are five participants in this altercation – dwarves, trolls, elves and the like – while 10, J, Q, K and A represent the lower values. The head butting pair are wild and the mug of beer is the scatter symbol.

Any wild symbol landing on the reels will copy itself across to the opposite position on the other reel set; if two wilds land in the same place they’ll both have a win multiplier of 5x attached.

Landing at least five scattered beer mugs anywhere in view will award ten free spins and during this round any wild symbols which land and are copied will lock in place until the spins end. This also applied to any multiplier wilds.

More spins can be triggered by landing five more scatters during this feature.