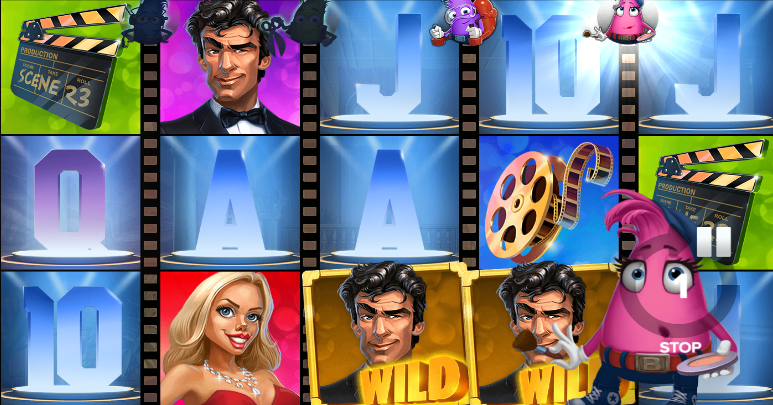 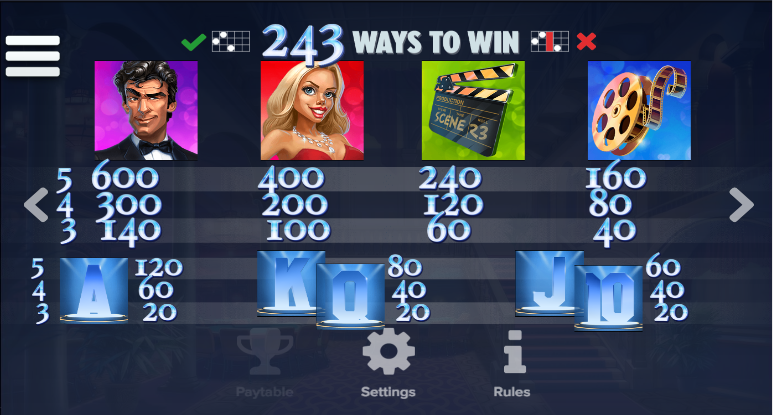 The production of a Hollywood film is never an entirely successful affair and it only takes a quick look at Youtube to find numerous examples of amusing outtakes; that’s what the online slot from Elk Studios is all about and it’s called Bloopers. Like all Elk games it’s designed with mobile and desktop devices in mind and you can read all about it below.

Bloopers is a five reel slot with three rows and 243 ways to win; there’s an interesting introductory video which sets the scene for the game and introduces several characters to do with the storyline. The large symbols take up all the available reel space but there’s a background scene which looks like an old hotel lobby.

The high value symbols are the male and female leads, a clapper board and a reel of film; 10, J, Q, K and A make up the lower values.

The wild symbols is represented by the Wild Bloopers logo and it will substitute for all others except the bonus ‘Walk Of Fame’ star – that activates the main feature.

This occurs randomly in the base game and free spins and there are five different Bloopers characters which will wander on to the reels and award one of the following mini-bonuses:

This is triggered by landing three or more of the bonus stars from left to right on the reels; each star will also show the logo for a particular blooper and these will be active during the free spins round.

The male and female leads now become sticky wilds to help out with winning combos but as soon as reels two, three or four are covered with these wilds, the round is over.

This another interesting and creative game from Elk Studios with some high quality graphics and well thought out bonus games. It also uses Elk’s betting strategies options if you like that sort of thing. It comes with an RTP of 96.10%.