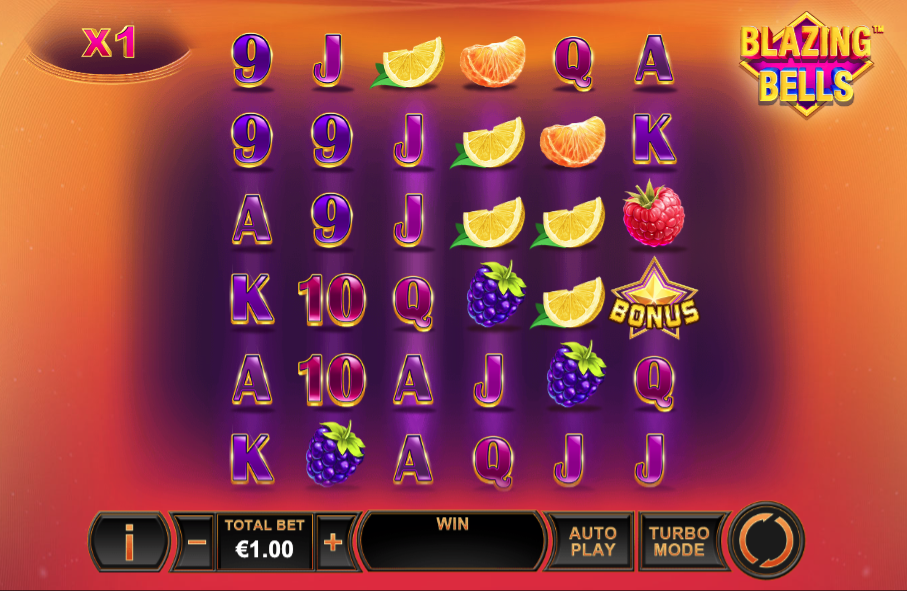 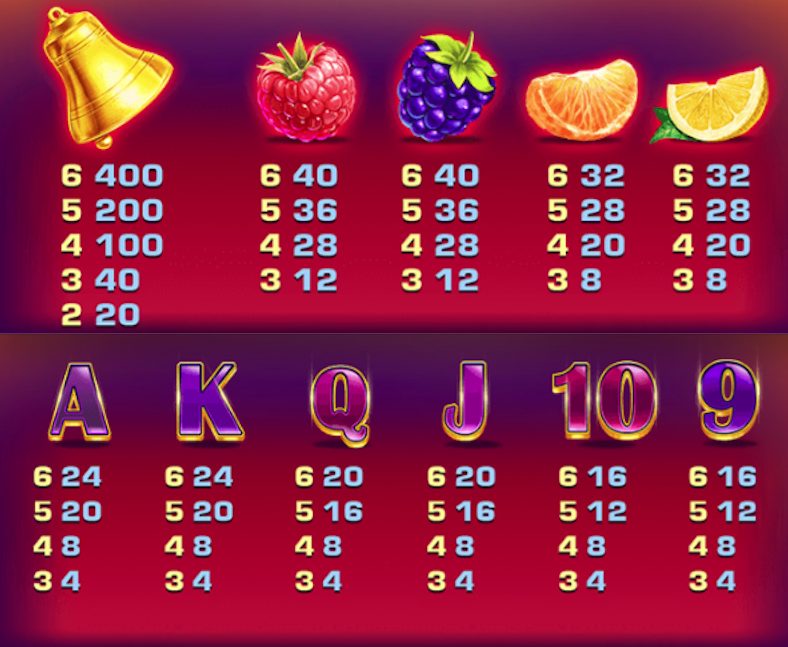 Blazing Bells may be the name of this online slot from Playtech but we’d say that fruit was its theme really – either way it’s got loads to offer from collapsing reels to special symbols, multiplier and free spins.

Blazing Bells is a six reel slot with six reels and a massive 46,656 ways to win; the design of this game is simple with those symbols spinning against a hazy, purple backdrop which keeps the eye on the fruit-matching action in the foreground.

High value symbols include the golden bell, raspberries, blackberries, oranges and lemons; 9, 10, J, Q,. K and A represent the lower values. The diamond is wild and it will replace all everything except the bonus star to help form winning combinations.

Any symbols involved in a winning combination will disappear and be replaced by more falling in from above – more wins can then be formed to continue the process. In Blazing Bells the multiplier for any wins also increases by 1x (with no maximum) with each successful collapse. When there are no more wins the multiplier decreases back to 1x.

Occasionally a standard symbol will land surrounded by a golden glow and if doing so can create or improve a win it will expand and copy itself to the four adjoining horizontal and vertical positions.

Landing at least three of the bonus star symbols anywhere in view will award the following:

Unfortunately it’s not possible to retrigger this round but the good news is that the win multiplier won’t reset between spins – it stays at the level it gained during the last collapse.

Blazing Bells is a fairly low variance slot so you’ll get lots of small wins – it’s got everthing alse an engaging game needs such as collapsing reels and free spins so it’s certainly one to recommend.