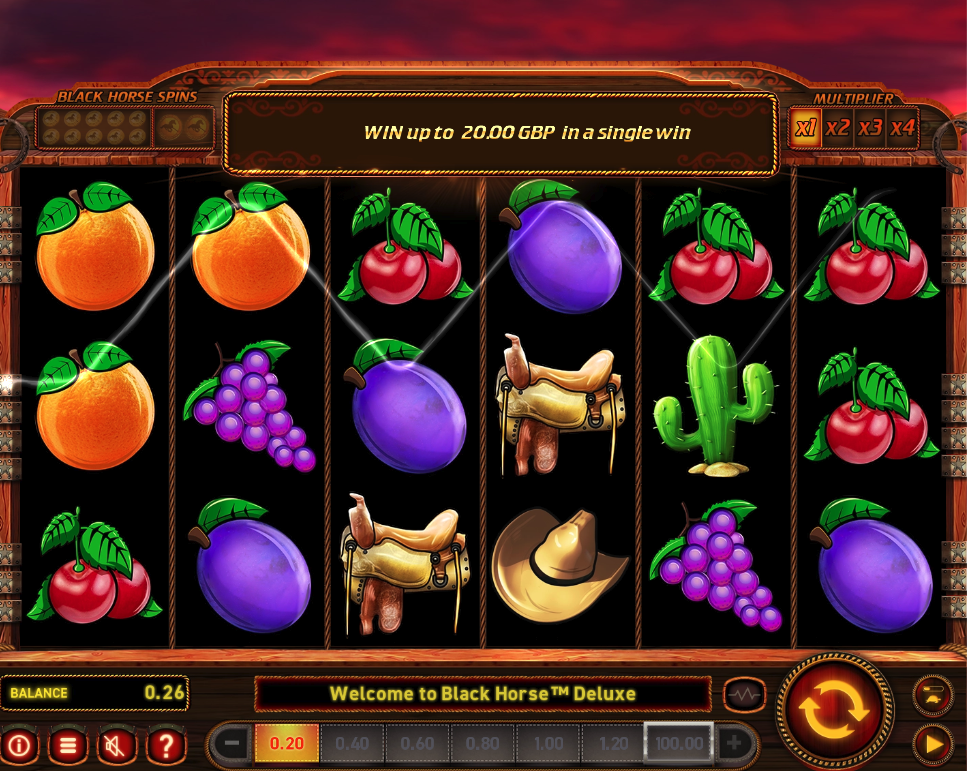 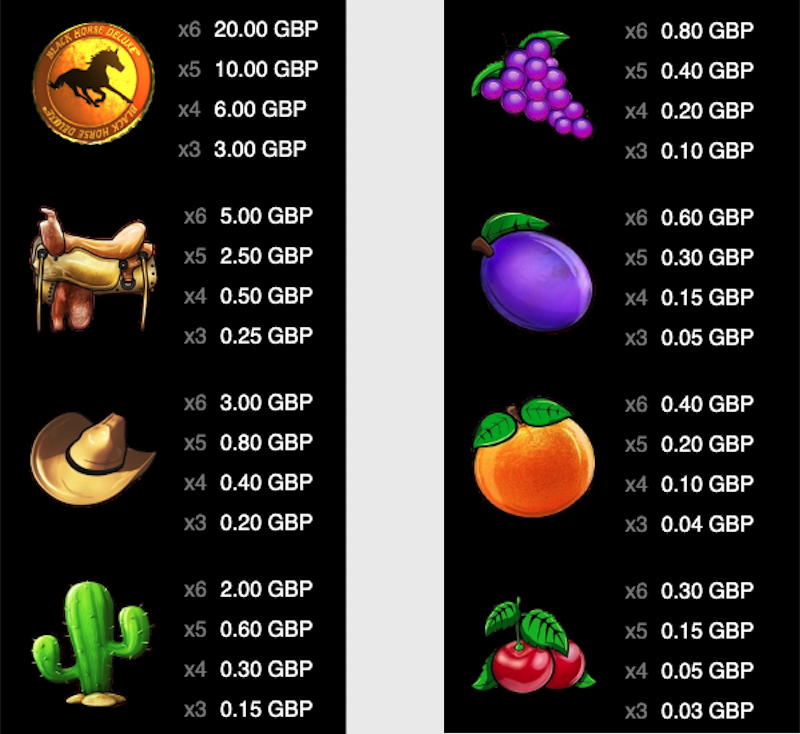 The Old West is the atmospheric setting for this online slot machine from Wazdan – it’s called Black Horse Deluxe and it offers players the chance to win two different free spins features and cascading reels in the company of our equestrian friends.

Black Horse Deluxe is a six reel slot with three rows and twenty fixed paylines; the sun has just about set over this desert location in front of which those reels spin on a solid, wooden structure.

High value symbols include the gold coins, the saddle and the ten gallon hat; lower values are represented by bunches of grapes, plums, oranges and cherries. The Black Horse is wild and it will replace all standard symbols to help create winning matches – the golden horseshoe and the gold coin are the special symbols.

All the symbols in winning combinations will disappear and be replaced by more falling in from above – more combos can then be formed to continue this process; with each subsequent cascade the win multiplier increases by 1x up to a max of 4x – you can see the multiplier meter in the top right hand corner.

Landing three, four, five or six of the horseshoe scatter symbols anywhere in view will award 10, 15, 20 or 25 free spins respectively –  more spins can be won during this round in the same manner. The win multiplier is active again in this feature and this time it can go up to a maximum of 8x.

There’s a meter to the top left of the reels with ten spaces which are filled by landing the gold coins during normal gameplay; once all ten positions are filled you’ll then need to land two coins in one spin to trigger this feature. You’ll now receive six free spins and each time a gold coin lands its reel will lock in place – at the end of the round your prize will be determined by the number of gold coins in view.

Black Horse Deluxe is an entertaining visit to the Old West and what’s not to like about two separate free spins features and cascading reels? Give it a try!