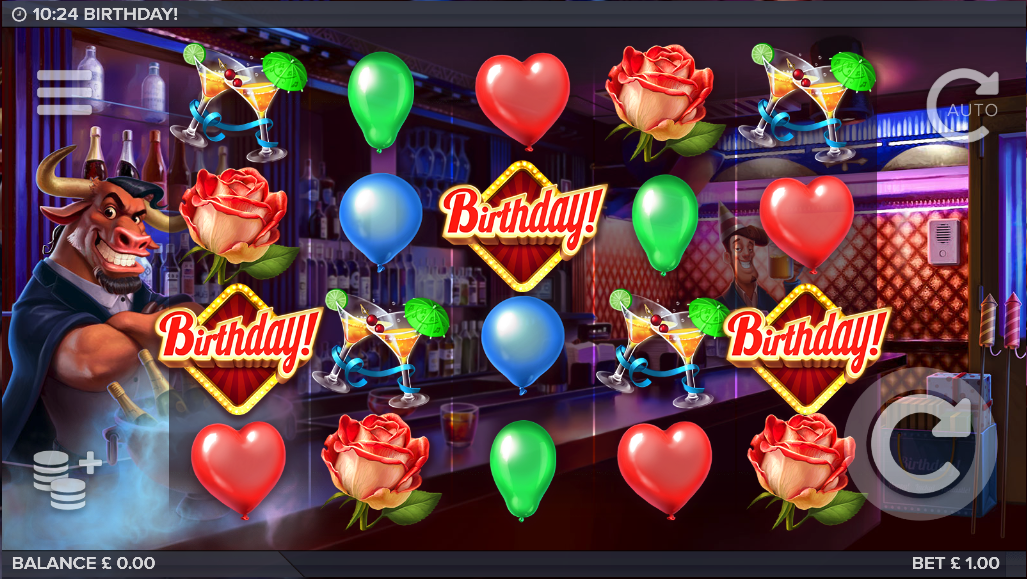 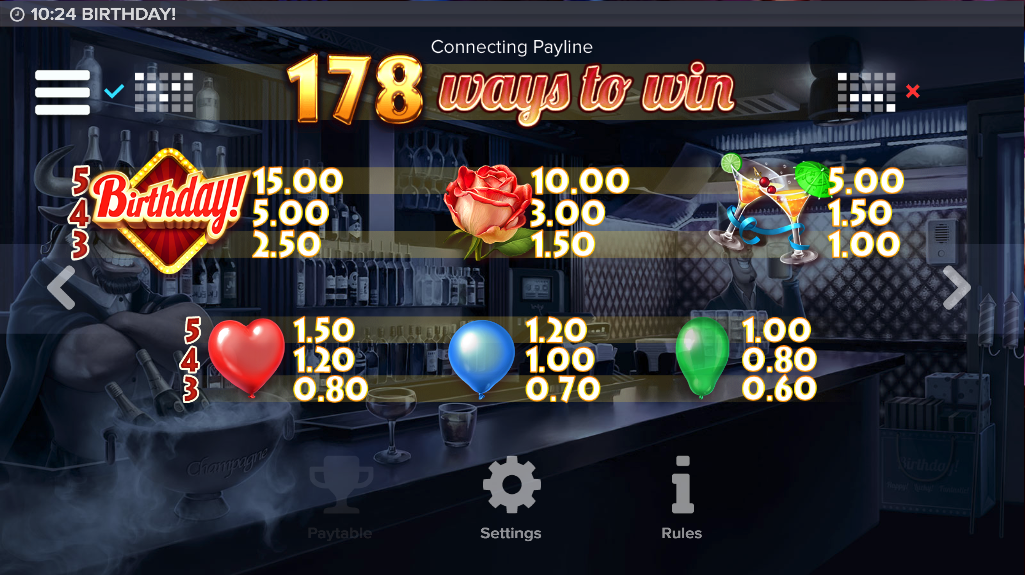 With a global population approaching eight billion people it’s probably fair to say that each day brings a number of birthdays; bearing that in mind there are almost certainly enough online slots players who will appreciate Birthday!, a game from Elk Studios with loads of celebratory features.

Birthday! is a five reel slot with four rows and one hundred and seventy eight fixed paylines; the setting for this game is the interior of a bar and serving the drinks is a grinning bull who also probably doubles as a bouncer.

All the symbols are related to the reels and include the game’s logo; a rose, a couple of cocktail glasses and three balloons – red, blue and green.

The birthday cake is wild and will replace all others to help form winning combinations.

The extra features in Birthday! are triggered randomly and there are three available as described below.

The doorbell will ring to announce this feature which can award one of the following spin options:

Maggie (the pink girl) awards ten free spins which can be triggered again during this round; Happy Spins features can also occur meaning that the free spins will stop while they play out and then restart.

It’s slightly unusual to have a slot with no bonus symbols to trigger the features but it works well here with some regularly occurring games to break up the action; there’s a nice touch in which celebrity birthdays for today will pop up on the screen as you’re playing. Birthday! comes with an RTP of 96.30%.