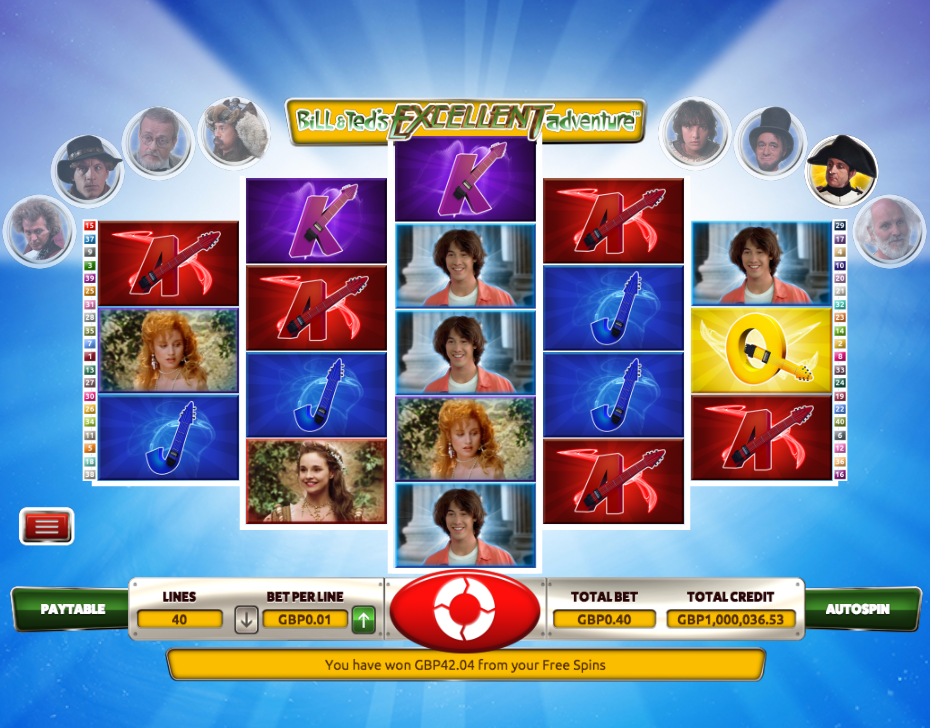 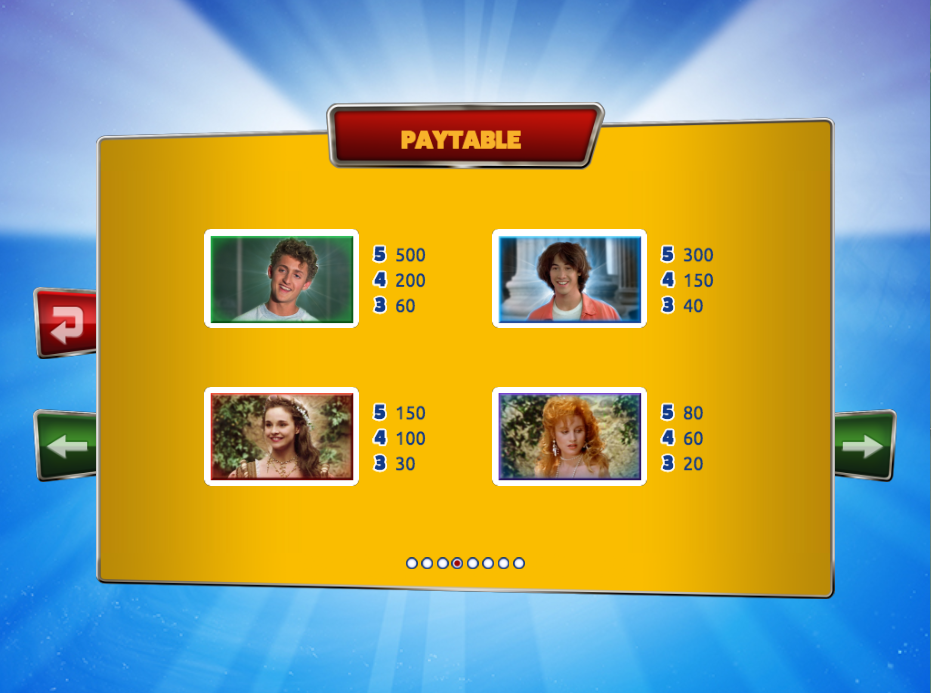 It’s clearly about time for an online slot based on what is undoubtedly one of the greatest films of all time – Bill & Ted’s Excellent Adventure. Released in 1989 it tells the tale of two dudes collecting historical figures to help pass a school report. This game from The Games Company/Odobo squeezes in lots of original material as well as several bonus features.

Bill & Ted’s Excellent Adventure is a five reel slot with variable rows and forty fixed paylines; those reels are floating in space miles above Earth and each successful spin comes complete with a familiar phrase from Bill & Ted.

There are four high value symbols – Bill, Ted and the two English princesses – along with the usual 9, 10, J, Q, K and A.

The wild symbol is the Wyld Stallions icon and it appears stacked on reels one, two, three and four; the time travelling telephone box is an expanding which turns all positions wild.

The guitar is the scatter symbol and Rufus is a bonus icon – both activate extra features.

Every time you land a winning combo, those symbols involved will disappear and be replaced by more falling in from above. This can result in more winning combos and this process will continue until there are no more wins.

When the game starts you will be asked to pick one of the eight famous faces to start your collection (Beethoven, Billy The Kid, Albert Einstein, Genghis Khan, Joan Of Arc, Abraham Lincoln, Napoleon and Socrates).

Each time Rufus lands on the reels you will have the chance to pick one more and your collection is noted above the reels. The number collected is important when the you trigger the free spins.

This is triggered by landing three or more of the guitar scatter symbols anywhere in view; you know get awarded free spins and multipliers based on the number of historical figures collected. In the video above we collected all the figures and earned 17 spins with a 4x multiplier.

Three more scatter symbols award the same number of spins again and once the round is over you will begin collecting the characters once more.

Bill & Ted is really good fun with lots of amusing extras and it’s very faithful to the original film. It’s very low variance and definitely worth checking out. For another Bill & Ted-themed slot click here.