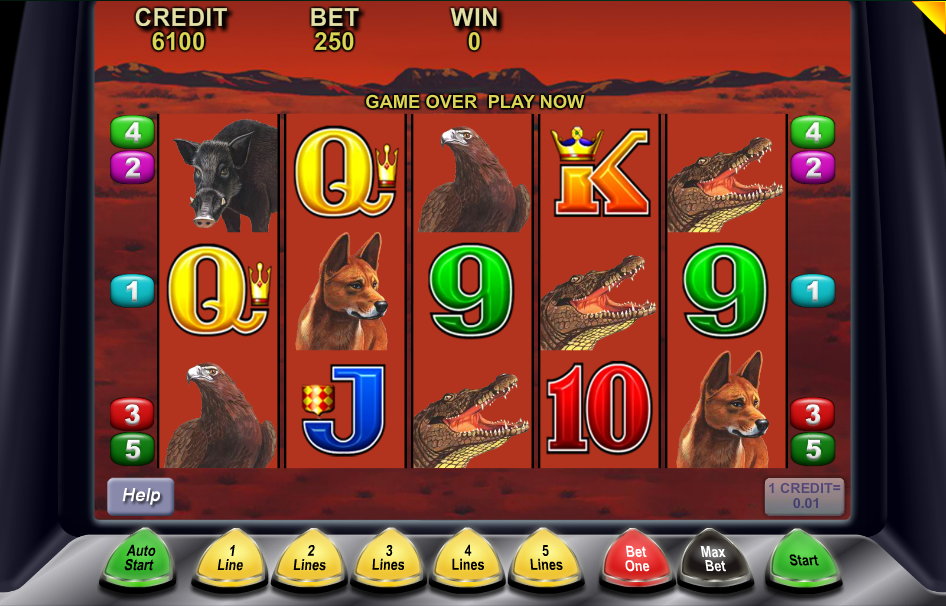 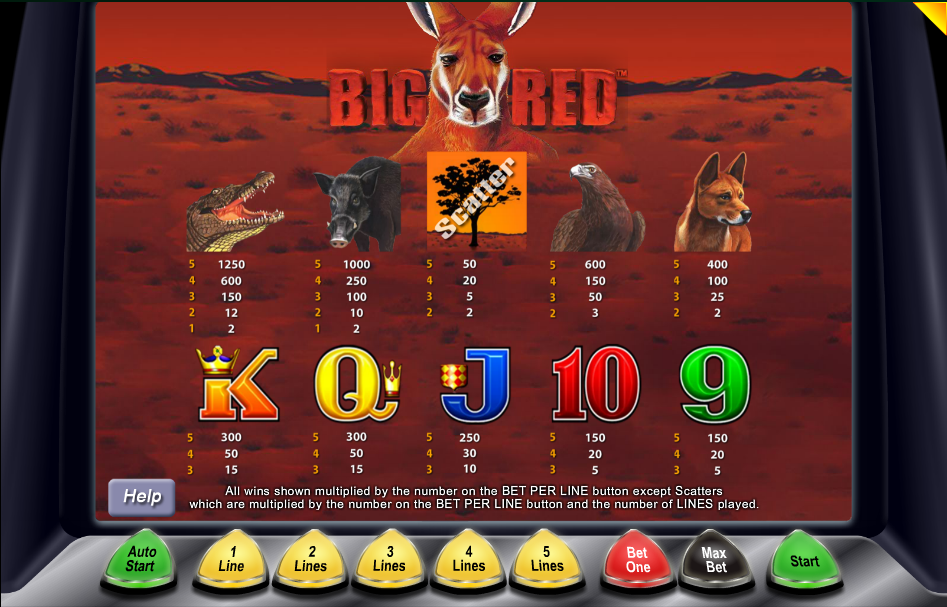 There are many online slots themed on the animals of Africa and North America but very few, if any, with Australian wildlife as their raison d’etre. However here we have one called Big Red, it’s about a kangaroo and unsurprisingly it’s developed by Australian company Aristocrat – read all about it below.

Big Red is a five reel slot with three rows and up to five paylines; there’s a dusty, red atmosphere to this game which illustrates the heat and the desolation of the Outback.

The high value symbols are Oz wildlife including a crocodile, a warthog, an eagle and a dingo; 9, 10. J, Q and K make up the lower values.

Big Red the kangaroo is the wild symbol, he appears on reels three, four and five and he’ll substitute for all others to form winning combinations except for the tree scatter icon.

This feature is triggered in quite an odd way – it occurs whenever a wild kangaroo substitutes in a winning payline; you will be awarded five free spins for each separate payline to which it contributes so in the video above we had ten free spins for two paylines.

During this round any more wilds in winning combos will award an extra five spins; additionally any scatter symbols will award the same prize amount as the original triggering payline (and it’s accompanied by a dramatic crack of lightning).

Each win can be gambled by using the buttons which appear below the reels after that win; you will now get the chance to double or quadruple your winnings by choosing the correct colour or suit of the next card drawn. A wrong guess will lose it all though so be careful.

Big Red is certainly pretty basic in the graphics department but it’s still good fun to play and the enhanced free spins round seems to be fairly easy to trigger.