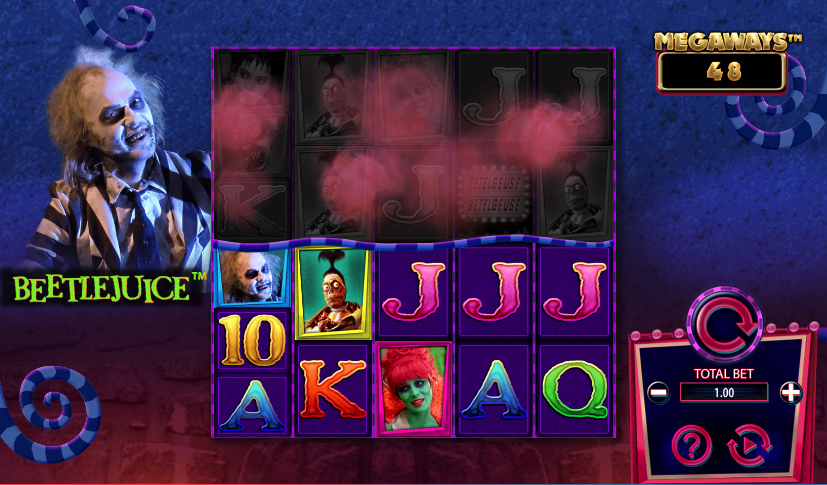 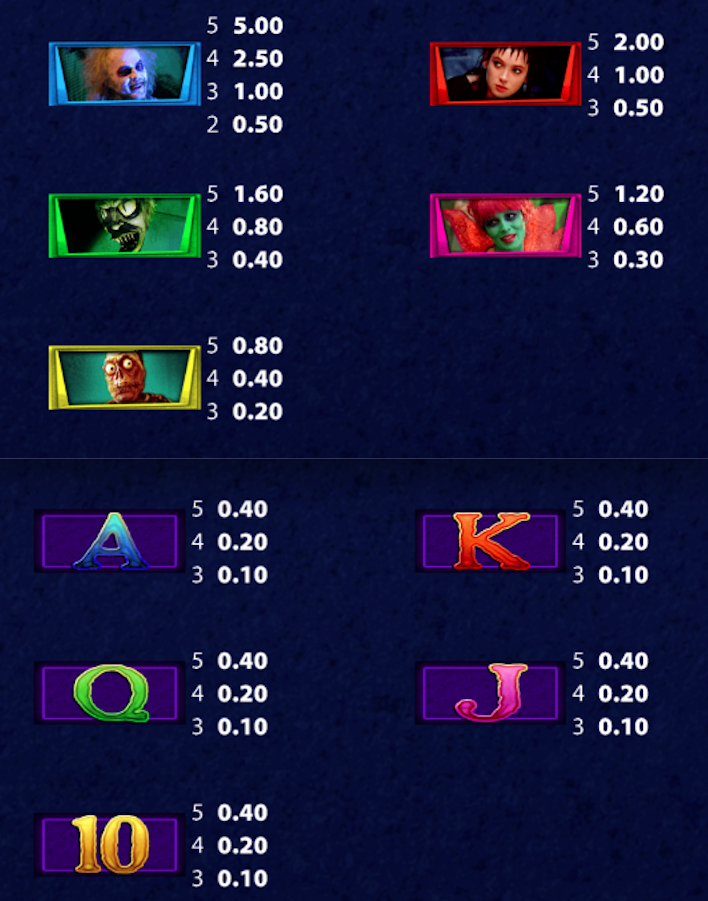 Beetlejuice was the 1988 comedy/horror film starring Michael Keaton and Winona Ryder and it’s now found itself as the theme of this online slot from Barcrest; it’s called Beetlejuice Megaways and it comes with cascading reels, free spins and a massive 248,832 possible ways to win.

Beetlejuice Megaways is a five reel slot with variable rows and a potential 248,832 ways to win. This giant number is made possible by the gameplay which starts on the lower half of the reel set and a winning combo here will allow symbols in the upper half to come into play and the opaque curtain to be lifted. With the whole reel set in view and the maximum twelve symbols on each row there will now be 248,832 ways to win.

This type of gameplay is also made possible by the cascade feature which sees any winning symbols disappear to be replaced by more falling from above; more combos can then be formed to continue the process.

The higher value symbols include Beetlejuice, Lydia, Miss Argentina, Harry the Hunter and one other character we can’t quite place; 10, J, Q, K and A represent the lower values. The big, silver ‘Wild’ is wild and will replace all other symbols except for the Beetlejuice and Ghost bonus icons.

Similar to Mystery Symbols in other games, the Ghost will land on the reels and than all instances of it will transform into matching symbols to help out with a win.

This is triggered by landing three, four or five of the Beetlejuice bonus symbols anywhere in view for which you will receive 8, 12 or 16 free spins respectively; repeating that feat during the round will award an extra 4, 6 or 8 spins.

Wins start off with a 1x multiplier but this increases by 1x for each successful cascade.

After the initial rush of Megaways slots we’re now starting to see a bit of variety in how that gameplay mechanic is implemented and that can only be a good thing (see Heroes Hunt Megaways for another example). Raising that curtain to increase the number of paylines only adds to the charm and excitement of this clever game.