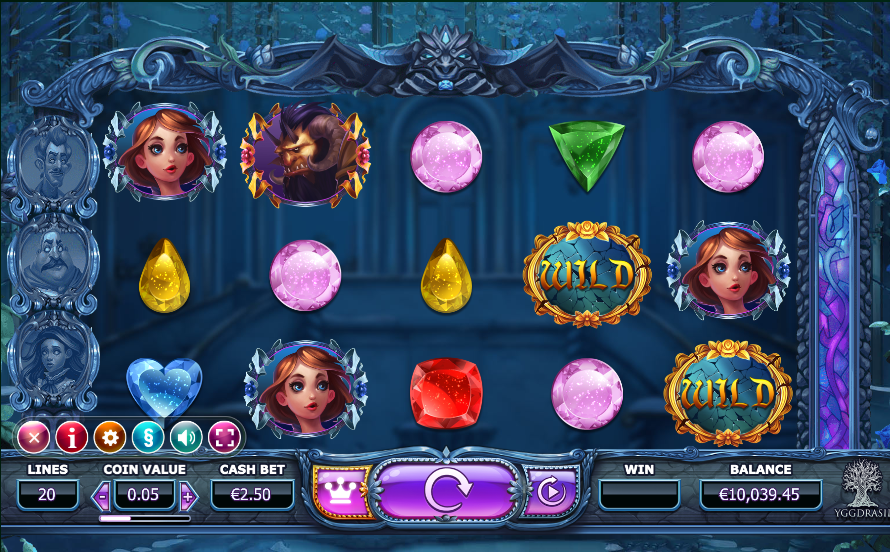 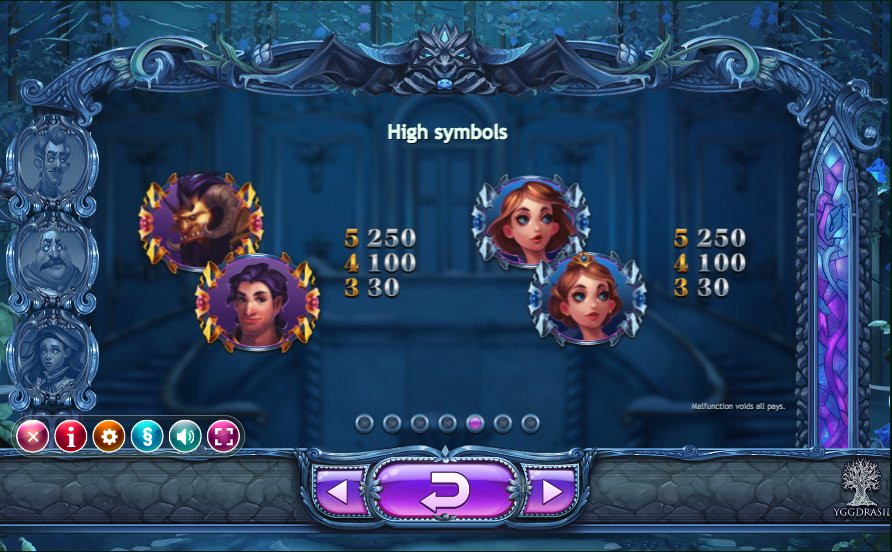 Beauty & The Beast is the fairytale story of love, royalty and monsters first published in France in 1740 and subsequently retold in many other songs, musicals and movies; it’s also now the name of an online slot from Yggdrasil Gaming with some good looks and innovative features – read all about it below.

Beauty & The Beast is a five reel slot with three rows and twenty fixed paylines; the symbols spin within some very ornate reels with three of the characters set into the left hand side (more details later). A chilly-looking forest provides the backdrop to the action.

The four high value characters are the beast, his alter ego the prince, Beauty and the maid; six different gems – red, green, pink, blue, yellow and purple – make up the lower values.

The wild symbol is the magic mirror from the story and it will substitute for all others except the rose scatter icon.

The button to the left of the ‘Spin’ button gives access to the Golden Bet feature which will allow players to pay a little more for extra base game features:

These can occur randomly in the base game and they match the pictures of the three characters on the left hand side:

This is triggered by landing three or more of the rose scatter symbols anywhere in view for which you will be awarded ten free spins. You will be asked to select one of the servant bonuses at the start and if the spins are retriggered you’ll get to pick another – when you have all three it’s not possible to trigger any more spins.

Any Golden Bet features are also active during the free spins.

Beauty & The beast is a superbly rendered tribute to the original story with some great graphics, clever bonus features and the option to pay a little extra for some enhancements. The RTP ranges from 96.30% to 97.10% depending on the combination of optional extras.