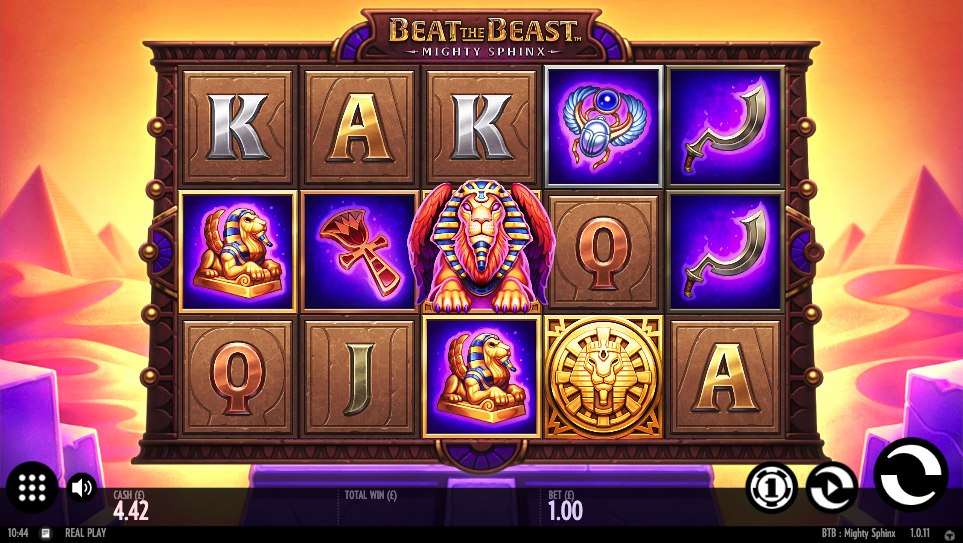 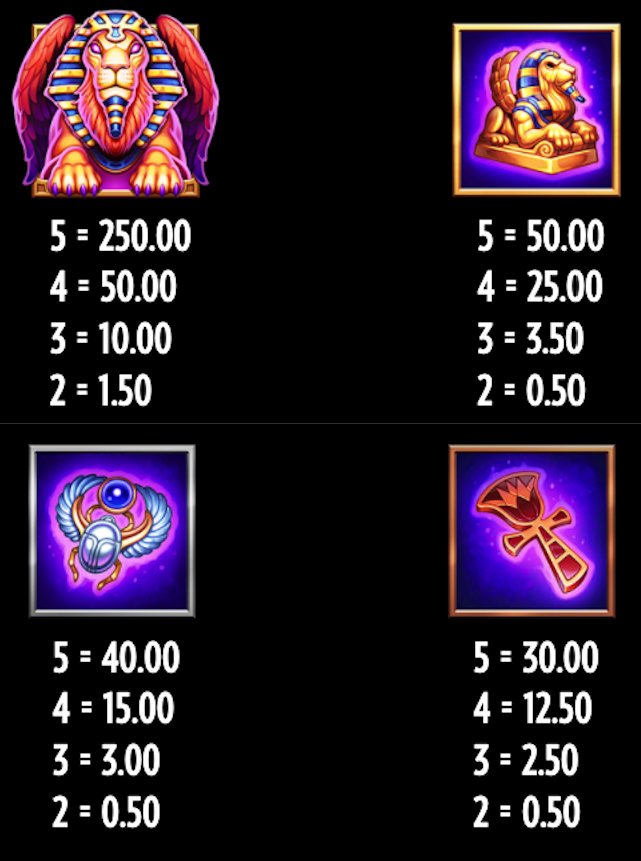 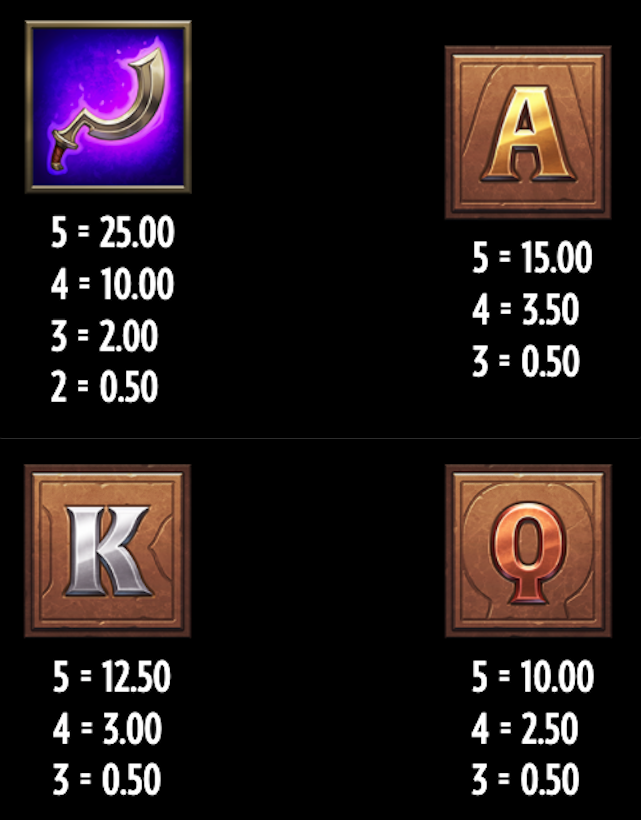 Following on from Thunderkick’s entertaining foray beneath the waves with Kraken’s Lair we can now bring you details of Beat The Beast: Mighty Sphinx, an online slot machine from the same series which takes us on a journey to the sands of Egypt in search of free spins and big wins.

Beat The Beast: Mighty Sphinx is a five reel slot with three rows and nine fixed paylines; those reels spin on an ornate structure which floats against a desert backdrop with dunes and pyramids fading into an orange sunset.

The high value symbols include the two sphinx, the scarab beetle, the ankh and the Khopesh sword; 10, J, Q, K and A make up the lower values. The purple ‘W’ is wild and it will substitute for all standard symbols to make winning matches; the golden sphinx mask is the scatter and also an extra wild.

Up to three golden sphinx masks can be placed into the reels before each spin to provide extra wilds or (if there are three) trigger the free spins round.

This is triggered by landing three golden sphinx masks anywhere in view or via the Mystery Feature; you’ll initially receive ten free spins but on each spin up to three more masks will be placed on the reels with three awarding five extra spins. In addition on each retrigger the following symbols will be transformed into wilds into this order – sword, ankh, scarab and sphinx statue.

Mighty Sphinx has some similarities to its predecessor but enough differences to be an enjoyable slot in its own right; we particularly like the constant promise of extra bonus symbols added to the reels in the base game and free spins.