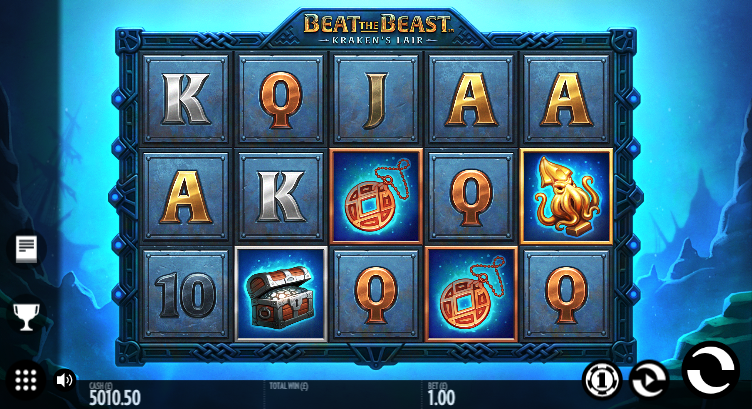 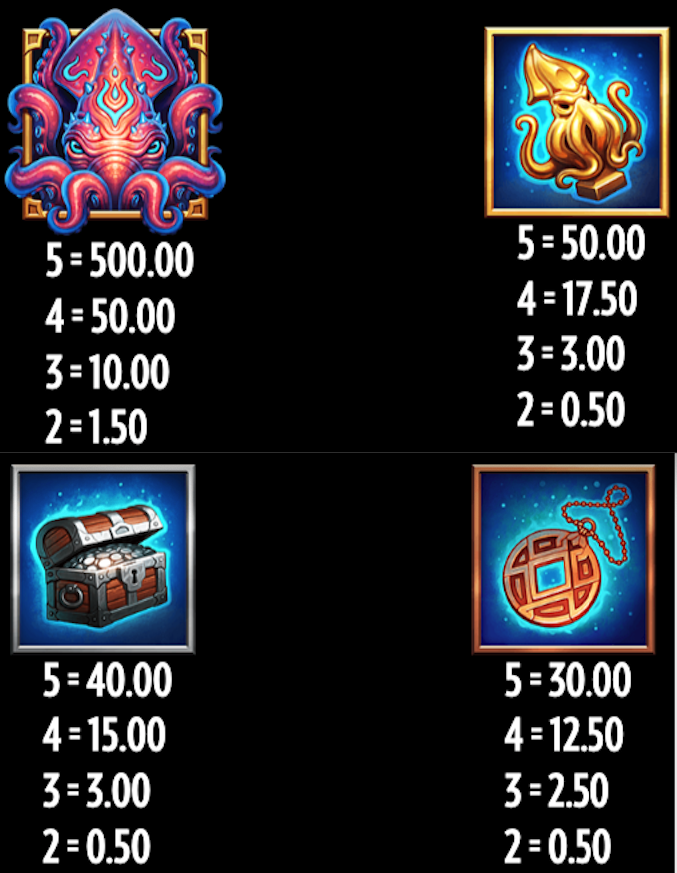 Deep beneath the ocean waves dwells the Kraken, the ancient creature from Norse mythology just waiting to drag ships and sailors to their doom; Beat The Beast: Kraken’s Lair is an online slot from Thunderkick which dares to prod the creature in return for free spins and expanding symbols.

Beat The Beast: Kraken’s Lair is a five reel slot with three rows and nine fixed paylines; the solid metal reels float just above the seabed and behind them we can make out the rotting skeletons of ships that found their doom in this chilly location.

The high value symbols include the Kraken, the golden Kraken trophy, the chest full of silver coins, the pendant and the trident; 10, J, Q, K and A make up the lower values.

The Kraken Emblem is both the wild and the scatter symbol and it will substitute for all others to help create winning matches on the reels.

Landing at least three of the Kraken Emblem wild/scatter symbols anywhere in view will award ten free spins initially but an extra ten can be triggered during the feature in the same way. On each spin during this round a Kraken Emblem will be added to the reels to make it easier to trigger more spins or create wild/scatter wins.

This occurs every time a win is formed which includes the Kraken Emblem wild/scatter symbol; all the symbols except the Emblem will expand to fill their reel with the potential to create more wins.

Beat The Beast: Kraken’s Lair is an entertaining slot and one of five high variance games from Thunderkick in this series, each featuring a legendary creature of some sort. It’s a classy slot with a two well-designed features.